Fighting against social apathy, through film

You know, if everyone liked the same stuff, the world would be so unbearably boring. Most people are so divided nowadays that even if they agree on the symptoms, they'll argue intensely over the disease. I've seen people lament climate change in the same sentence while mocking global warming which, as far as I can tell, both mean the same thing nowadays. 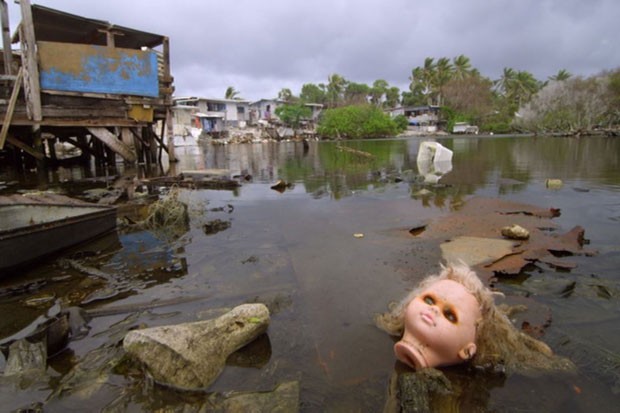 One thing we can all agree on is that movies are cool and have the power (when we allow them to) to see outside of our sometimes quite insular bubbles. With that said, in celebration of our sustainability issue, here are a few wildly different examples of movies designed to help us empathize with our Earth.

The Day After Tomorrow: Dennis Quaid and Jake Gyllenhaal take on climate change in this goofy-as-hell disaster flick that deals with superstorms pulling frozen air from the troposphere and killing everyone. The film mostly exists to create giant CGI spectacles of destruction while Gyllenhaal and Quaid run from them, but it's goofily entertaining. Plus, if you show it to kids, maybe they'll start recycling their juice boxes.

A Plastic Ocean: A jaw dropping documentary about a filmmaker who discovers the amount of plastic waste in the oceans and tries to get to the bottom of the long-term environmental impact this will make. Honestly, this has some of the most gorgeous underwater photography I've ever seen and should be viewed by anyone who cares about our oceans and feels like getting good and pissed off.

Behind the Curve: This is a documentary about Flat Earthers. Do you need more? Hearing Flat Earth theories from the point of view of people who genuinely believe it is fascinating and also somewhat chilling as it sinks in how desperately people will cling to outmoded belief systems to not upset their own very fragile ecosystems. Keep in mind that as easy as it is to make fun of these people, the UK Flat Earth Society Facebook page has over 195K likes. Where's the page for people who believe it's turtles all the way down? I'm into that.

How to Change the World: A group of activists got together in the 1970s to protest nuclear testing, and Greenpeace was born. The documentary itself is well made, but the real power lies in watching people with similar values and ideals turn those beliefs into concrete avenues of change. It's easy to feel powerless against unending pollution, corporate destruction and socialized antipathy, but actually visualizing how change can come from a single individual is inspiring on a level we all need every once in a while.

The Most Unknown: I watched this a year ago and can't get the questions it raises out of my head. Nine scientists from across the globe visit each other to learn about different scientific disciplines. After 90 minutes, we've gotten glimpses into geomicrobiology, particle physics, cognitive science and the mysteries of the universe. A movie that celebrates knowledge, curiosity, scientific reasoning and human ingenuity is something we could all use a little bit of right now.