Issues pertaining to water resources, solid waste management, transportation and energy production are all quick to come to mind when thinking of sustainability issues facing communities around the globe. In Deschutes County and elsewhere in Central Oregon, planning for the long-term health of surrounding forests is also an integral part of building a sustainable future. 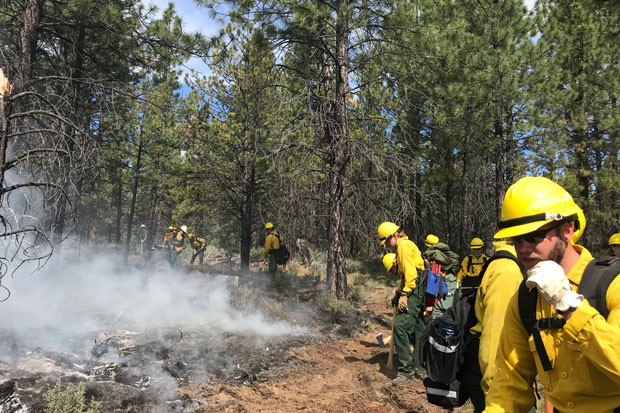 In the Camp Fire in Paradise, Calif.—the deadliest fire in California's history—86 people died in the early morning hours of Nov. 8, 2018. More than 27,000 people were evacuated, more than 18,000 structures destroyed and 150,000 acres of land burned.

Robert Madden, Bend Fire & Rescue deputy chief of operations, has been with Bend Fire for 32 years. He grew up in Northern California and fought fires in the surrounding forests, including the Feather River Canyon, where wildfires are common.

"It didn't surprise me that something bad happened there. The scale is what surprised me — that it took out an entire city and people couldn't get out," said Madden.

What happened in Paradise, and what will happen now as displaced residents and city officials discuss rebuilding infrastructure, is something other forest communities in Deschutes County have been watching closely, said Madden.

"Could Paradise happen here? I say—yeah—on our very worst day, it could," said Madden.

The beginnings of Project Wildfire started in 1996, following the Skeleton Fire in Bend. Nearly 18,000 acres on the east side of the city and 30 structures were destroyed after wind quickly carried the flames in just a few hours, according to the Bend Fire Historical Society website. 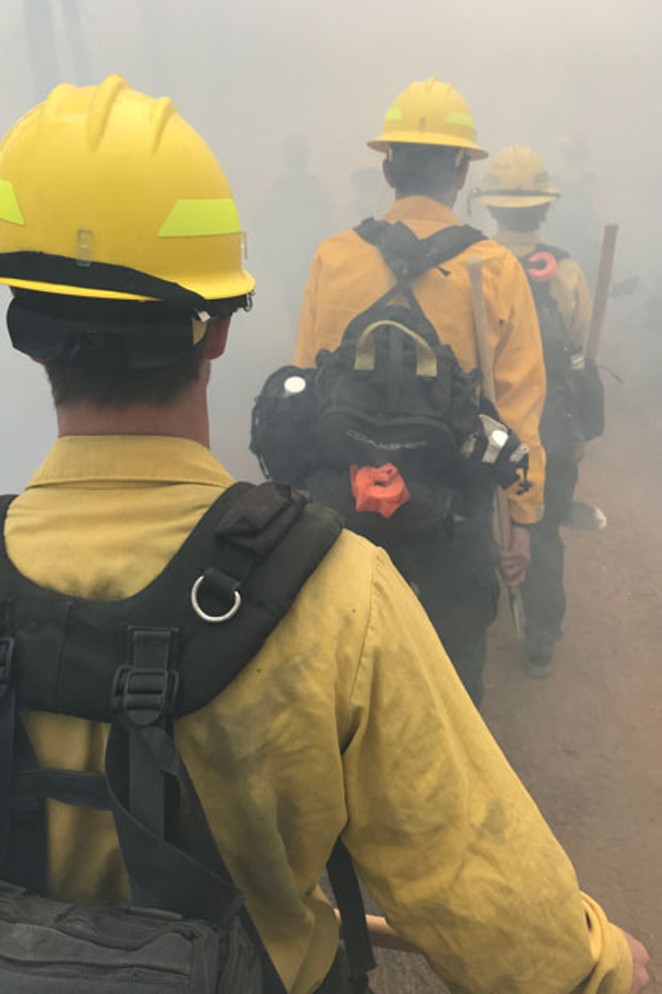 The community mobilization effort was successful, and in 1998 the county applied for and received a grant of nearly $300,000 from FEMA through Project Impact, a federal initiative that aimed to create disaster-resistant communities. Though the federal initiative was short-lived, Deschutes County formally adopted and broadened the program in 2000, renaming it Project Wildfire.

Jodie Barram, who started as the new contract director for Project Wildfire in December of last year, said the organization's work with programs like FireFree, Firewise USA and Fire Adapted Communities Learning Network is directed by a 27-person steering committee made up of homeowners associations, higher education and firefighters, as well as federal and state agencies.

With funding through the Fire Adapted Communities Learning Network, Barram is organizing a workshop for first responders, managers, community leaders and decision-makers to talk about the possible impacts a large-scale wildfire could have on Central Oregon communities. The workshop will focus on solutions to help mitigate damage from wildfire and how to recover after a big fire event.

"We want to learn from communities that have already gone through part of that process and are at different points—either early in recovery or further along," said Barram. "You can be years into recovery, as we've seen with wildfire or other natural disasters, and years later still be dealing with debris."

Preparing for the worst-case scenario

In addition to providing educational resources to 30 Firewise USA-recognized neighborhoods in Deschutes County on how to protect homes from wildfires, Project Wildfire also helps facilitate the creation of Community Wildfire Protection Plans. There are seven in Deschutes County, which need to be re-evaluated and updated every five years. Barram is currently working on updating the Greater Sisters Area CWPP, collaborating with state and local agencies to prioritize hazardous fuels projects on wildfire-prone federal and private lands situated near homes, businesses and other structures. The plans allow forest and fire management to communicate directly with communities to identify risks and outline a clear strategy to mitigate them.

Part of fire preparedness is preparing for the worst case scenario, which Paradise experienced due to a variety of factors, said Madden. If it happened in Central Oregon, it could be ugly.

"It is just an alignment of forces — so drought, wind, fuels, time of day and all of that — and the odds of that happening are pretty low based on our climate," said Madden. "We've got really good interagency cooperation and evacuation skills. We use Deschutes County Sheriff Search and Rescue and they get to practice that every year almost, but having a situation where the fire starts at 6 in the morning and then in an hour, it's in town—we're going to be behind the curve just like everybody else."

As the next fire season approaches, local and state agencies are planning pre-emptive strikes to help mitigate wildfires in the area. The County and City of Bend applied for an exemption from the Statewide Smoke Management Plan, which may allow more prescribed burns this year along with a broad community outreach effort to educate the public on air quality during these fuels management projects. In an effort to prepare the community for the upcoming fire season, the Central Oregon Fire Management Service hosted an abbreviated version of the annual real-time wildfire simulation at the City Club of Central Oregon on Tuesday.

Project Wildfire meets on the third Tuesday of every month and will be discussing the Statewide Smoke Management Plan at their meeting on May 21.