It's how they roll at Tomo, where a new owner is focused on eco-friendly seafood

Tucked away in a strip mall on the east side of Third Street, Tomo can be easy to miss. The unassuming sushi restaurant has been a locals' under-the-radar favorite for years and recently underwent a change in ownership. Portland native Jeremy Letter took over July 1, buying the restaurant from longtime executive chef Emerson Jespersen and family. 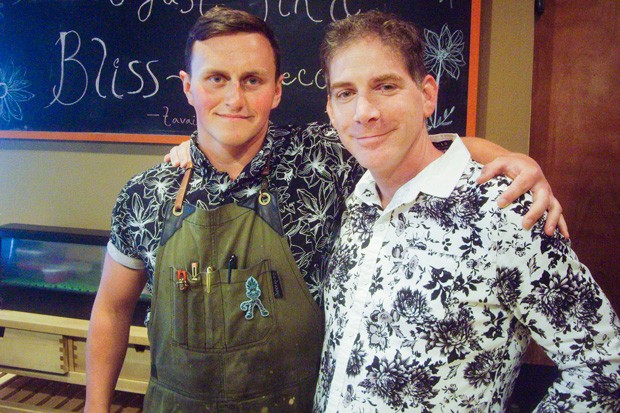 "He's why I bought this," Letter says, pointing to Jespersen, quietly busy behind the counter doing his afternoon prep. "He and I are on this journey together," Letter said. "No one can touch how and when we get our fish. It's a grind, but a grind of passion."

The two are crusaders in arms for obtaining only sustainable seafood for the restaurant.

According to its website, Tomo translates to "friend" in Japanese. The restaurant's motto is "Sustainable Sushi—It's How We Roll." As an example of how that plays out, Tomo is not offering unagi (eel) on its menu right now, because it's on Japan's red list of endangered species.

Letter moved to Bend this summer with his wife and son.

"I started out as a pollution investigator for the U.S. Coast Guard," Letter says. After five years, he worked for 18 years in environmental legal compliance, predominantly in the food industry. Along the way, Letter said he earned his MBA in sustainable business practices.

"Sustainability never ends. It's not a destination; it's a never-ending journey," Letter says. "With these practices, there should be no doubt that sustainable fishing in the future should be easy to reach." 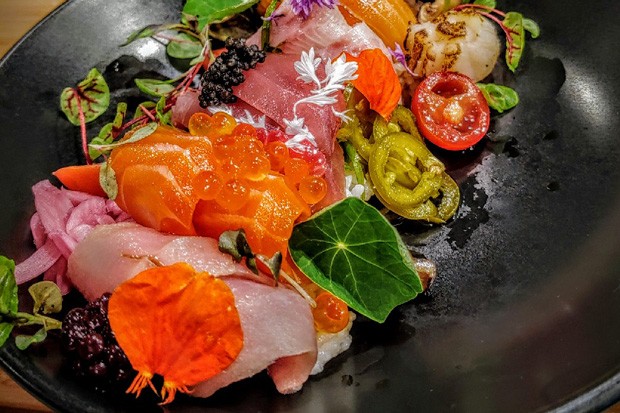 The restaurant's efforts have thus far not gone unnoticed in the seafood industry. Last month, Tomo was recognized by Seattle-based seafood distributor Ocean Beauty Seafoods. The company's Portland General Manager Jack Whitney cited the restaurant for "working toward absolute excellence as they continue to stay resolved in their purchase of eco-friendly, smart, sustainable, and earth friendly usage, and purchase of smart-products promoting both the viability and longevity of a green planet for future generations."

"It's difficult to navigate the global fishing industry," Letter says. "It's tricky at best."

Jespersen, who's been working with sushi for at least 13 years, takes the lead in locating the restaurant's sustainable fish. A recent rundown shows fish coming from the U.S., Canada, New Zealand, Japan, Mexico, Scotland, China, Turkey and Spain.

Jespersen says he's mostly "self-learned" and keeps in constant communication with sushi chefs in Portland, Chicago, Denver and Japan. Working in such a high-stress vocation, he says he's a firm believer in daily exercise and meditation. He also strives for nutritionally balanced dishes with proper portions of food groups on the plates he sends out.

Among the changes under new ownership, one that Letter says may have shaken some customers, was the ending of the popular half-price sushi Monday nights. Letter says the practice had run its course, becoming stressful for both staff and customers.

Since taking over ownership, he's hired just a few new employees to complement the existing staff, who he considers an extended family. "I tell my team I work for them. In the Japanese culture, the CEO works for the employees. We have an extremely friendly staff that is like a family. We take things to heart here."

He says sustainability can sometimes be a "hard sell" to customers, but, "It matters to me. As far as I'm concerned, sustainable commerce is the only way to conduct commerce."