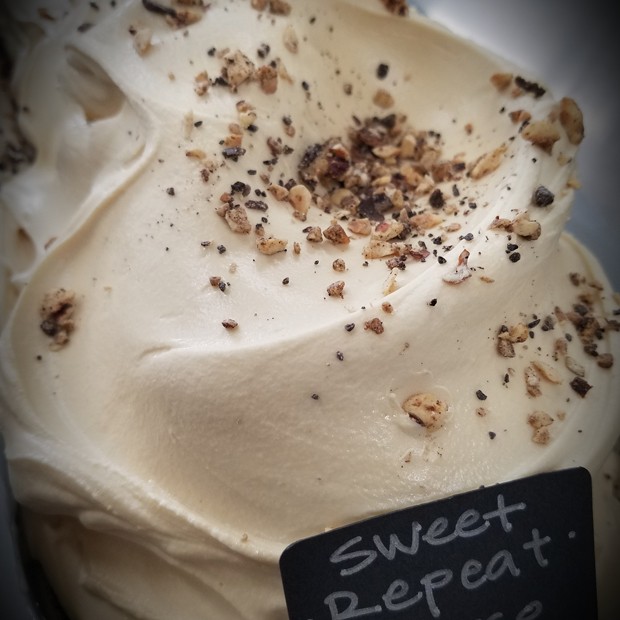 We throw out a lot of food in the U.S. every year—67 million tons, according to statistics released by the U.S. Department of Agriculture in 2014. Food industry producers all the way to end consumers are looking for ways to cut waste for economic, social and environmental reasons.

Two High Desert Food & Farm Alliance partners have teamed up to offer a sweet solution to getting food waste down to zero. Bontà Natural Artisan Gelato and Holm Made Toffee Co. have released a new gelato flavor series made with scrumptious toffee crumbs leftover in the toffee making process. The inaugural flavor in the series is called Sweet Repeat, a combination of espresso toffee crumbs with Thump Espresso gelato. A naming contest on Facebook generated the name Sweet Repeat, submitted by Allison Amiton Cogen.

Throwing away food wastes money—that's why, "as a small family business, 'waste' is treated as a bad word around here," joked Randi Holm of Holm Made Toffee Co. "We try and reuse and recycle as much as we can in all aspects of our business. And this specific initiative has been a lot of fun to create. We hope everyone loves the flavor, but more importantly the message behind it."

Coffee and toffee lovers can get a scoop of Sweet Repeat at the Bontà Natural Artisan Gelato Scoop shop in downtown Bend. More flavor combinations are to follow.