Take a Tiki Escape in the Old Mill District

It was November 1934 that Victor Jules Bergeron, Jr. opened a small bar and restaurant in Oakland, California which became Trader Vic’s, which eventually became a famous worldwide chain of Polynesian-themed establishments. Bergeron himself was one of two people who claimed to have invented the Mai Tai cocktail. The other was Donn Beach of the Don the Beachcomber restaurants and, according to many, the “founding father of tiki culture.” 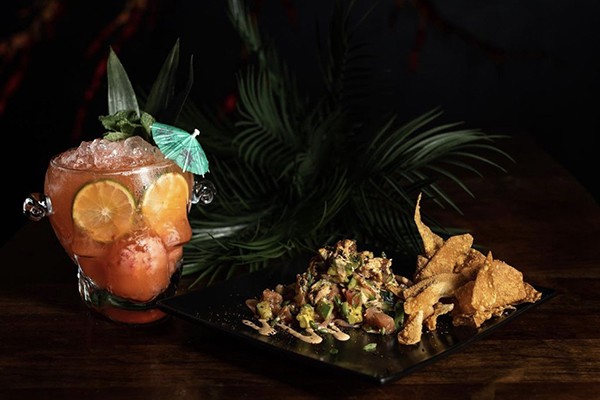 Rapa Nui Tiki Lounge in Bend, open since March 2021 in the Old Mill District, is carrying on the tiki tradition with classic tropical cocktails as well as a small but mighty food menu.

Owner/partner Andrew Soriano explains that it isn’t a huge food menu or an expensive food menu but he says, “It’s all made from scratch. All the sauces are made in-house, and one of the sauces has 17 ingredients! The Bao buns are made fresh daily. The meticulousness required for making things from scratch is the backbone of what we do.” Maintaining such high quality is a hallmark of Rapa Nui and is why the Fried Chicken and Tuna Poke are menu standouts. The Fried Chicken features a house-made ginger soy glaze and the poke is accented with a sriracha mayo, also made in the Rapa Nui kitchen. 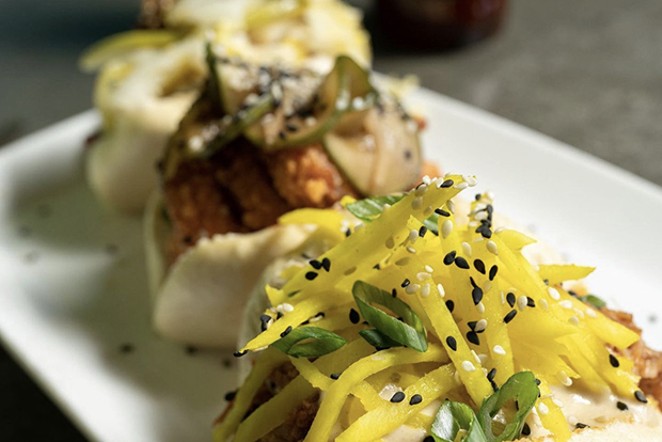 “We want to give everyone a good experience and have fun and have food that’s a little bit different,” says McCool. “I feel like it’s a fun place overall, almost like an adult Disneyland, although kids are welcome until 8pm each evening,” explains McCool.

The emphasis is on décor and when you enter Rapa Nui it does feel like a tropical escape. Of course the true-to-tradition tiki cocktails only add to that tropical vibe. Take for example the Zombie, which hails from the golden age of Tiki and features lime, grapefruit, cinnamon, velvet falernum and dark rum topped with 151 and grenadine. Then there’s the classic Mai Tai with aged Jamaican rum, lime juice, orange curacao and orgeat and the Painkiller with pineapple, orange, coconut cream and run. “Original recipes and in-house made syrups” are what sets Rapa Nui apart, says Soriano. 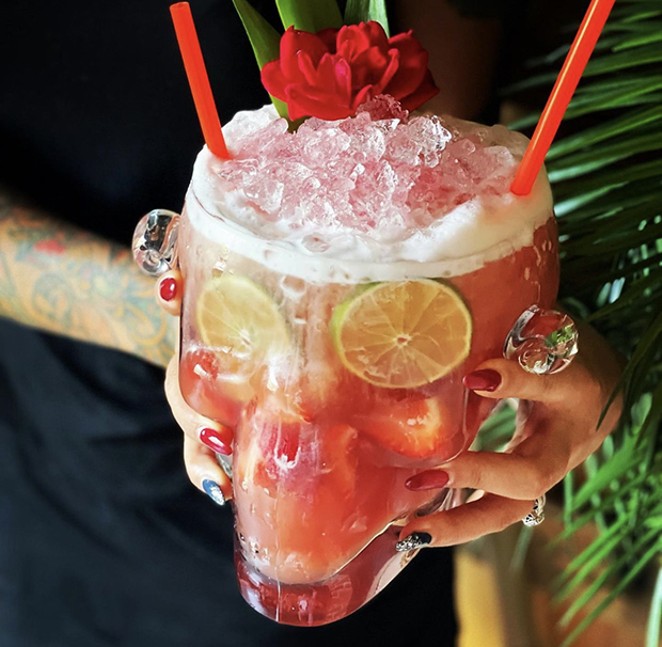 Bring a few friends along to try the Share-A-Bowl drinks including the Chilled Monkey Brains, meant for four, served in a skull container and featuring lime, pineapple and passionfruit juices along with grenadine, velvet falernum, tequila, white rum and chopped strawberries. Seasonal libations are also on the menu and you can always sample a carefully selected variety of rums and taste the nuances of each in the Rum Flight.

Rapa Nui mugs and other merchandise are coming soon, according to Soriano, and profits from those items will go to the Easter Island Foundation, which works for the conservation and protection of Easter Island—its history, culture and environment—through educational programs. It provides scholarships for islanders to learn skills and bring those skills back to the island. The Foundation also supports an Easter Island library which is working to preserve the native language.