Tales of a Troubadour

Singer-songwriter John Craigie is a storyteller, in both musical and spoken form 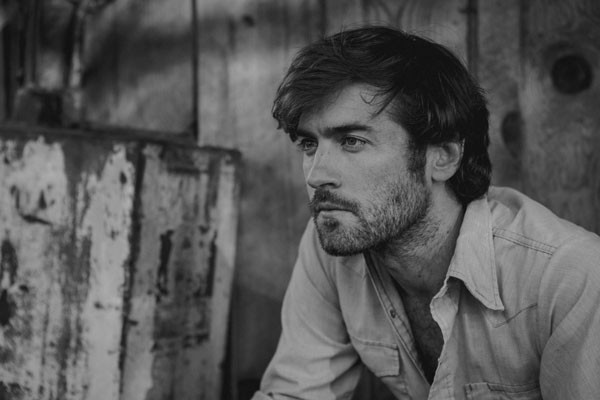 Some of you may remember John Craigie as the chatty troubadour who told stories between songs when he opened for Jack Johnson at the Les Schwab Amphitheater in July. The consummate storyteller, Craigie shares just as much via the spoken word as he does in song—and he has no shortage of stuff to tell. That's one way to remember him.

Me, I remember him for what came before that show.

It was a ho-hum summer night in downtown Bend, the night before his Les Schwab appearance. I was meeting a friend from out of town who I hadn't seen in a long time—the kind of friend who, without exactly trying, seems to sprinkle magic over your life every time you meet. This time though, the magic this friend was sprinkling seemed to be coming out with the top taken off the salt shaker.

I met said friend at McMenamins Old St. Francis School, where she was hitting a free show and meeting up with her friend, "John." No one else seems to call Craigie that, but the two were longtime friends. Even Craigie himself is known to refer to himself in the third person—though he says it's not just for laughs.

"It's a way of detaching yourself, and giving yourself some individuality, amongst the artist form, so I can be like 'the Craigie show was this' and 'Craigie likes it like this...It's funny... but it's also sort of a way to give yourself some difference or some separation." — John Craigie tweet this

"It's a way of detaching yourself, and giving yourself some individuality, amongst the artist form, so I can be like 'the Craigie show was this' and 'Craigie likes it like this.'" Craigie says. "It's funny... but it's also sort of a way to give yourself some difference or some separation."

That summer night, Craigie showed up and we watched the show. Then we found ourselves heading up to McMenamins' secret bar, laughing at Craigie's tales—a preamble to the humorous storytelling we'd witness the next night. Soon Jack Johnson and his peeps showed up too, and we laughed and drank whiskey into the night.

The next evening, at Craigie's invitation, my friend and I hit the packed Les Schwab show—an exciting time for the Portland-based musician, who had met Johnson in Hawaii during a January tour in support of his new album, "No Rain, No Rose." The two hit it off, and the star of "Banana Pancakes" fame (and lots of other radio hits, who are we kidding?!) invited Craigie to join him on part of his summer tour, including dates at Les Schwab and The Gorge Amphitheatre. Though not at all a knock on the singer-songwriter's talent, to say this was a serious upgrade in crowd size for Craigie is an understatement.

For my part, maybe ours is just a story of a couple of lucky broads who happened to meet some people of notoriety. Or maybe it's the kind of thing that actually makes music and shows and entertainment in general really special. The magic, heavily sprinkled.

Coincidentally, when I asked Craigie about what makes music—and music writing—special, his response went along with that sentiment.

"The people I meet, everybody's got a thing they're doing. Everybody's got like a little project of their own nowadays, which is really cool, whether it's a band or whether they've got a blog, or photos, everyone kind of knows they can do something with their life other than just the mundane," Craigie said.

These days, Craigie says the shows he's playing tend to be slightly larger, slightly more packed, following his tour with Johnson—not a surprise when you're billed with a megastar who sells out the biggest of venues.

At Craigie's show this weekend at Volcanic, expect plenty of storytelling in between the tunes that might remind you of John Prine, or even Bob Dylan... with a lot of laughs thrown in.

And with any luck, maybe you'll get a memorable story out of that show, too.