Some things just hit different come summertime. Here's a short list: milkshakes, corn on the cob, tacos, margaritas, sandwiches with chips on it, cold beer... fresh fruit... you get the idea. If you take those last two items and roll them into one delicious beverage, you've got something ripe for the summer—which is exactly what GoodLife and Riverbend Brewing are doing right now.

Both breweries have taken two of the tastiest fruits of the summer and packed them into their latest beers. GoodLife created a pale ale that goes heavy on the flavor of pineapple. Riverbend, meanwhile, has made a sour ale championed by the taste of watermelon. I tried them both recently and was not disappointed.

Pale ale fans will probably find lots to love with Beach Life Pineapple Pale Ale. The pineapple flavor is spot-on; not too much of it and not too sweet. It still feels like you're drinking a good pale ale, only it has an added bit of tropical fun. The Beach Life is brewed with Amarillo and Mandarina Bavaria hops to help accentuate the fruity notes, and at 6.2% ABV this is a dose of pineapple you could enjoy for a long day under the sun. How can it not succeed? I liked it so much that we ended up bringing a growler of it home from the pub. Heads up: people can't bring in their own growler for filling right now, but GoodLife is including a new glass growler with your fill. It was only $14—aka, a steal. Try the Beach Life on draft at the pub or grab a six-pack to go. 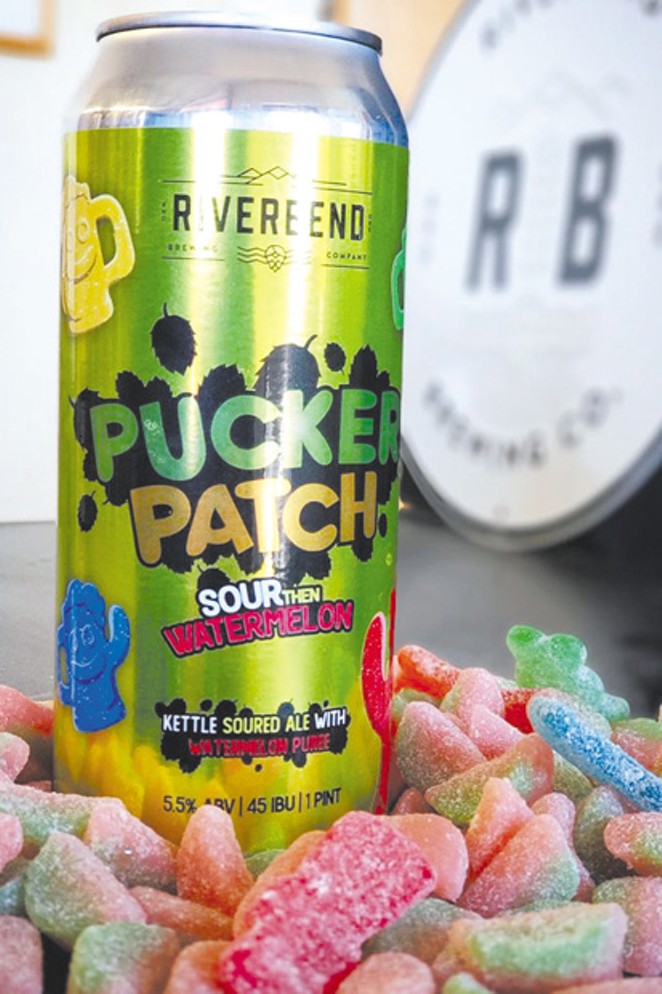 A message on the can reads true: "Sour then Watermelon." The sour hit is only brief before the taste of watermelon puree takes over. I was expecting the Pucker Patch to almost be overwhelming with flavor, but instead things are kept pretty light—a nice change of pace for sour ales. It's a drink meant for summer time consumption, and is only at 5.5.% ABV. For those who don't think they like sours, I would suggest giving the Pucker Patch a shot to ease into the world of sour beers, since this is only a slightly tart beverage. Overall this is a pretty fun and unique drinking experience. The can is covered with sour candies in the shape of foaming beer mugs, with a bright green background, reminiscent of a bag of Sour Patch Kids. I love it. Locals can buy this sucker in 16-ounce cans right from Riverbend's dock, or head over to Newport Avenue Market or Market of Choice.