March 27, 2019
comment
Yes, it's back — the speaker event of the year, TEDxBend, is set to host a number of idea innovators from various fields, along with a few musicians, at Bend Senior High School for a full day of inspirational talks and performances.

No doubt, all of the presenters and performances will be inspirational, but here are a few that we are looking forward to the most. 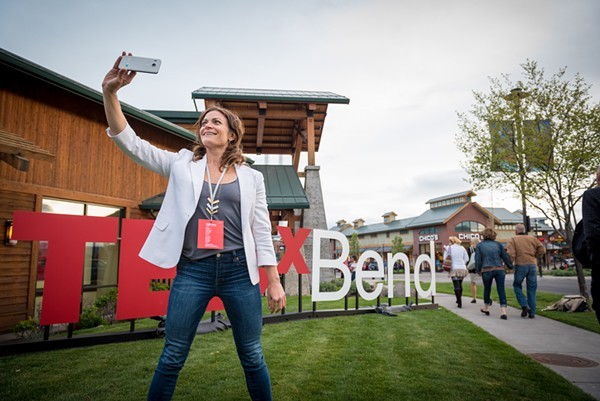 Betsy Gaines Quammen is from the Big Sky State of Montana — possibly Oregonians' second favorite state. The author and professor will be talking about the public land dispute in Nevada between the Bundy family and United States Bureau of Land Management. Quammen will be analyzing religious and spiritual beliefs of competing perspectives.

Activist Rachel Cargle is headed back to Bend after her appearance at the Women's MUSE Conference in Bend in February. She'll be lecturing about racism and the action that each individual must take to push back against historical systems of oppression in a lecture she's toured around the county, titled,  "Unpacking White Feminism." Be inspired to make change, and to stop and listen.

Check out our feature on Cargle from Feb. 27, "Not Your Token Activist."

If you're familiar with the TEDx format, you know to expect some stellar performances from musicians and artists between the speakers.

Chosen as Bend’s first creative laureate in September 2018, Graham serves as a liaison between regional artists and the community. This isn't his first time at TEDx — check out his 2013 TEDxBend performance, below.


If you're into poetry, this Hawaii-born multidisciplinary artist will blow you away. She's performed at workshops, festivals and schools around the world, mentored youth in poetry and has produced poetry theatrical performances for the stage. Woomera is also the co-founder of Kenya's Slam Africa Movement and has spread the Spoken Word art form across East Africa.

You can find the full list of presenters on tedxbend.com.