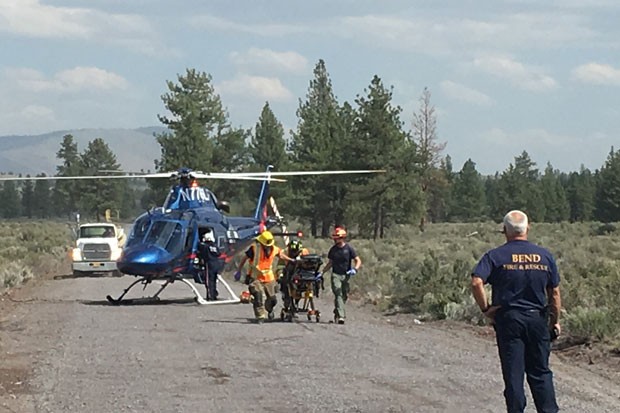 About 3 pm on June 8, an unlicensed 16-year-old lost control of a 2001 Ford F350, according to the Deschutes County Sheriff's Office. The 1-ton truck left the roadway and crashed head-on into a juniper tree, according to DCSO. Two of the passengers—one boy and one girl—sustained life-threatening injuries and were flown by air ambulance to St. Charles. The rest of the passengers were taken by ambulance to the hospital, the DCSO stated.

As of June 10, three of the teens were still in critical condition at St. Charles, DCSO's Sgt. William Bailey told the Source Weekly Tuesday.

DCSO said evidence at the scene determined speeding and reckless driving were both factors of the crash. Marijuana use is also being investigated, according to the DCSO. Only three of the teens were wearing seatbelts, DCSO stated.

Community members have set up a GoFundMe campaign for at least one of the teens hurt in the crash.