Teen Shot at a Party West of Bend | The Source Weekly - Bend, Oregon

Teen Shot at a Party West of Bend

A 17-year-old shot one person and injured another who wrestled his gun away on Tuesday, Sept. 6, according to Deschutes County Sheriff's Office. DSCO is charging the suspect with attempted murder, two counts of second-degree assault, menacing, theft, unlawful entry into a vehicle and altering a firearm's ID. 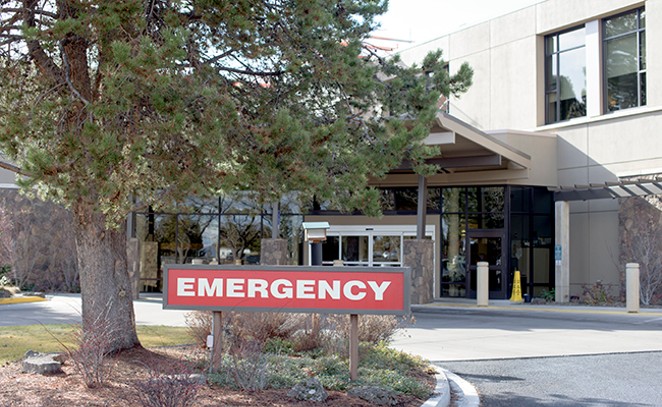 DCSO dispatched deputies to an area on NW Skyliners Road near Forest Service Road 4606 to respond to reports of a gunshot wound, finding a 17-year-old with a non-fatal gunshot wound. Bend Police Department and Oregon State Police also sent officers to the area to assist DCSO. During the investigation, deputies learned the shooting happened after a fight broke out at a party in the woods, where the suspect had a gun.

"During the fight the gun went off striking the 17-year-old male," DCSO said in a press release.

Bend Fire transported the victim to St. Charles Medical Center, where DCSO detectives later contacted him. While there, an 18-year-old second victim arrived with minor injuries he sustained while wrestling the gun away from the suspect. He turned over the suspect's gun to detectives, got his wounds treated and was released.

Det. Sgt. Troy Gotchy told KTVZ they currently estimate there were about 100 people at the party, but most had dispersed once deputies arrived. On Thursday, Sept. 8 deputies report locating and taking the suspect into custody without incident and executing a search warrant on his home in Bend. The suspect is lodged at the Deschutes County Juvenile Detention Center.

DCSO is still investigating the attack and is asking the public to send any videos of the incident to contact their office at 541-693-6911.