A Bend man is in custody following the deaths of two 18-year-olds. Bend Police arrested 41-year-old Wesley Brady on Aug. 17, after cops say he killed Angela Pastorino and Alfredo Hernandez earlier in the week. Police say the two victims and Brady were all working for a homeowner on Mount Faith Place in Bend. After working in the home Aug. 16, cops say the teens and Brady were drinking together when the two men—Brady and Hernandez—got into a fight that resulted in Brady killing both teens. Police say Brady then left Pastorino and Hernandez in the garage of the home and took off for a property in Christmas Valley. When the homeowner came home on Aug. 17, they found one of the teens in the garage and called the police. During the investigation, cops discovered Brady in the area around the house and arrested him. Brady remains in custody at the Deschutes County Jail and is being held without bail. Police arrested him on multiple charges, including murder, sodomy, sex abuse, abuse of corpse, tampering with evidence and strangulation. Brady has been accused of arson and animal abuse in recent years and had a history of mental health challenges, according to reporting from The Bulletin. 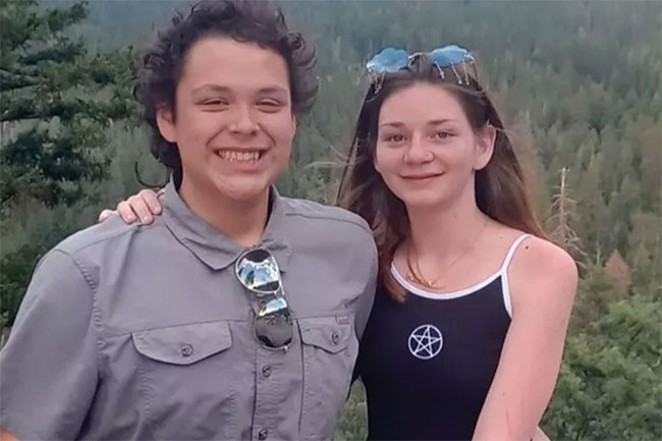 A GoFundMe set up for the families of the victims described Hernandez and Pastorino, both who attended school in the Bend area, as "inseparable. They were bright, loving teens with family and friends who adored them. Angela loved people almost as much as she loved dogs. Alfredo was known as a sweet, soft-spoken young man who was the first to volunteer to help with any task."