Dems lost the carbon tax bill, but managed to pass other bills—including a new tax on cigarettes and paid family medical leave

Nine days after Senate Republicans walked away from the Oregon Capitol—many leaving the state—most returned on Saturday to participate in a whirlwind legislative session that ended just six and a half hours before the Oregon Constitution would dictate shutting down the session automatically. 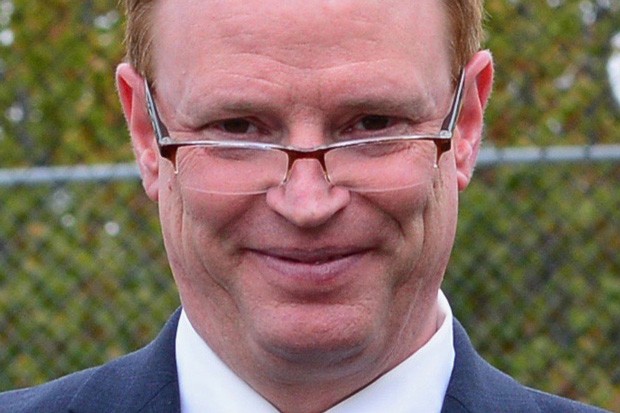 Republicans left the Senate to deny the Democrats a quorum because of their opposition to HB 2020—a cap and trade bill on carbon emissions Republican leaders said would have too large an impact on their rural constituents. The bill died June 25, when Senate President Peter Courtney said there weren't enough Democratic votes to pass the policy, either.

Senators Betsy Johnson (D-16), Arnie Roblan (D-5) and Laurie Monnes Anderson (D-25) all were set to vote no, according to a story on Oregonlive.

Sen. Tim Knopp, the Republican senator who represents Bend, Redmond, Sunriver and Tumalo, said he returned to Oregon June 25 and worked over the weekend. Knopp said the Senate Republicans left the state as a caucus decision to protest HB 2020 because they felt their concerns were not being heard by the Democrats.

"We thought there was an opportunity, and maybe time just ran out, even before the political protest that lasted nine days," Knopp said. "But that's where I think it broke down, because they made changes to the bill—they just didn't make any changes to the bill after they said that there was going to be a reset."

Knopp said Republican Sen. Cliff Bentz tried to negotiate with Gov. Kate Brown the day before the walkout, but to no avail.

Gov. Brown said in a release on July 1 that the session was one that was extraordinary in terms of making Oregon a place where everyone can thrive. She also said that the legislature was left with one piece of unfinished business—climate legislation.

"We need to pass a cap and invest program that will achieve the state's greenhouse gas reduction goals at the least possible cost while continuing growing our economy," Brown said in the release. "Let me be very clear, I am not backing down."

Although HB 2020 died, Democrats did see some bills pass that were important to their caucus. HB 2270—which would add a $2 tax to each pack of cigarettes sold in the state—passed in the Senate along party lines, with all Republicans opposed. The bill now heads to Gov. Brown. If she signs it, the tax would go before Oregon voters in November 2020.

House Bill 2001 will allow duplexes, triplexes, fourplexes and "cottage clusters" on land previously reserved for single family houses in cities with more than 25,000 residents. Cities with at least 10,000 residents would be required to allow duplexes in single-family zones, according to the text of the bill. The bill passed 17-9, with Knopp voting in favor.

The Senate also passed a plan to create paid family and medical leave for workers who need to stay home to care for a new baby, new foster or adopted child, or to recover from an illness or care for a loved one. The new bill, if signed into law by Gov. Brown, will allow people to receive up to 12 weeks of paid time off beginning in 2023. Workers and employers will split the cost of the program, with money to start flowing into the fund to finance it in 2022, according to text of HB 2005.

During the Republican walkout, Sen. Brian Boquist (R-12) allegedly made threatening remarks aimed at the State Police, who Gov. Brown called in to find the missing Senators. On July 8, Boquist will be the subject of a meeting of the Senate's Special Committee on Conduct.

According Oregonlive, Sen. Courtney can't ban Boquist from the Capitol or the Senate floor. However, the Special Committee on Conduct can recommend Boquist be reprimanded, censured or expelled. Any such action would require a two-thirds majority vote—meaning Democrats can't remove Boquist from the Senate without support from at least two Republicans.

Knopp sits on the Committee and said he couldn't comment on what may take place during Boquist's meeting.

Knopp told the Source that Boquist's statements don't reflect how he feels, and that he spoke with the State Police superintendent to tell him he respects the officers and how difficult their job is.

"What I can say at this point is we're going to just have to let the committee do its work before we make any additional comments about the situation," Knopp said.