Terror in the Blood

"Hereditary" will mess you up 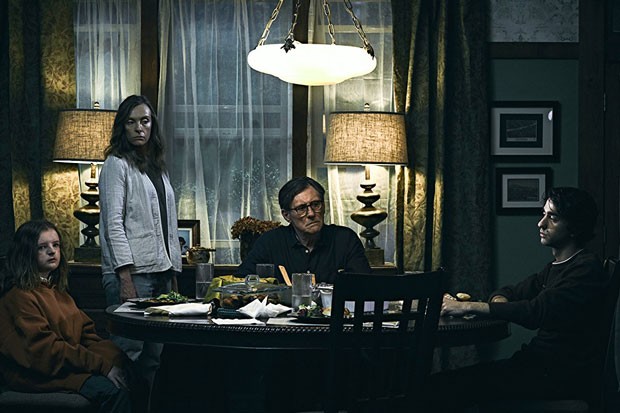 Horror movies are a lot like Frankenstein's monster. They're ugly and scary, but mostly misunderstood; shambling through the village inspiring terror when all they want is to be held. It's a genre that's never earned the respect it deserves because it's seen as disposable, a forgettable diversion to have in the background while we Netflix and chill.

Every so often a visionary director tips their toe in the bloody waters to create a horror masterpiece like "Rosemary's Baby" or "The Witch," but the genre is still so disrespected that those are considered "elevated" horror—like the movie transcends a genre it's too pretty to be a part of, a cinematic orphan that doesn't fit in anywhere, instead existing to draw in audiences that normally wrinkle their nose at horror.

Every year a horror movie makes the rounds at film festivals, blowing usually squeamish audiences away, leading to advanced reviews that create an expectation that can never lead to anything other than disappointment. This leads to decent horror flicks like "The Witch" and "It Follows" being treated like game-changing masterpieces, only to be mocked by regular audiences as too arty or slow moving.

"Hereditary" follows this pattern up to a point. Festival reviews compared the film to "The Exorcist," calling it the scariest movie in decades. The hype for the film has been deafening in horror movie circles for six months, inspiring me to be optimistically excited without letting expectation get the best of me. I was just not ready for another huge horror disappointment.

Not only does "Hereditary" live up to the hype, but it's genuinely the scariest horror movie I've seen theatrically. Ever.

Go into the film spoiler free and learn what type of horror flick this is, at the same time as the characters. Experience their dread in real time as an average family slowly gets pulled into a nightmare of death and terror that becomes almost too intense to deal with. I haven't been able to get the film out of my head since I saw it, lying in bed conjuring the imagery that writer/director Ari Aster expertly deploys like a chemical weapon on audiences not prepared for the existential dread with their jump scares.

Toni Collette gives the performance of her career as Annie Graham, a wife, mother and a visual artist whose grief at the death of her mother is tempered by the mental illness the elderly woman was suffering. Watching Collette slowly lose it as she begins witnessing flashes of unknowable evil is simultaneously sickening and heartbreaking. In a just world where horror received the same respect as gangster movies, Collette would win every acting award possible over the next year.

I'm really trying not to overhype this movie, but the screams and gasps that came out of the audience in the theater didn't sound like the good-natured yelps people let out during a "A Quiet Place." These people sounded like they were in pain, dealing with their nightmares made manifest in a movie none of them were prepared for. "Hereditary" might not be a very fun movie to watch, but it's an unforgettable modern horror masterpiece that will live in your blood for the days and weeks to come. Have fun.