We had the federal government's test pot evaluated for potency and safety. The result? Worse than the worst.

In my last column, I interviewed Elvy Musikka, one of two remaining Americans to receive medical marijuana from the federal government, grown at the University of Mississippi. We were both curious about the potency and terpenes in the 6 pounds of cannabis pre-rolls the feds provide her every year, so I took a few to Green Leaf Labs to be tested. 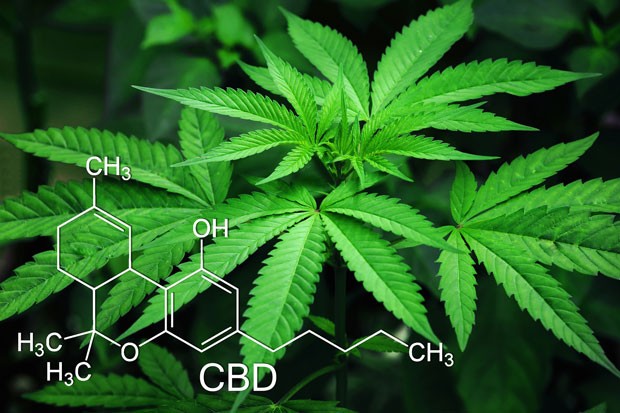 The total THC tested at 5.328%, with 5.191% being THCA. The terpenes were a whopping .2676%. (For fellow weed nerds, the results are posted in full in the digital version of this column, along with photos of the material in the joints tested.)

How does this compare to what's on the shelves of Oregon dispensaries? I asked Anthony DiFalco with Green Leaf Lab. "The total THC...was well below the typical flower cannabinoid content we see at the lab for recreational marijuana intended for sale within a licensed dispensary. Most...flower we see tests in the 20% to 30% Total THC range," he wrote.

I checked with Confident Cannabis, which tracks potency in cannabis sold in Oregon through its wholesale platform.

"No instance of lower potency below 13%, with most potency averages in the 16%+ range for all time, lately closer to 20%. Globally, this follows closely to Oregon, no potencies lower than 16.8%," they wrote. For terpene tests performed in Oregon over the past six months, "We see an average of 1.66% terpene total. It's a little hard to do a full analysis because people test for different terpene panels, some only testing for a few, some testing for hundreds."

I shared the results with Eugene producer John Bayes of Green Bodhi. His stunned response? "Five percent THC? Seriously? Yeah. No. Give me her address, that's not right." The next day, he gifted Elvy—who also lives in Eugene—some of his flower, which averages about 25% THC, and a terpene content of 4% or greater.

The quality of federally produced cannabis has always been questionable, and for years researchers reported receiving cannabis which is pre-ground, containing stems, seeds and leaves—which isn't how anyone using cannabis consumes it.

The low-quality nature of the product will undoubtedly irritate respiratory systems, yet require greater amounts of consumption, further exacerbating the problem. tweet this

Oh, and don't forget the mold. Cannabis researcher Dr. Sue Sisley told NORML earlier this year that "secondary testing..showed ostensibly high levels of mold in all the batches. With these excessive mold counts, you'd very likely have mycotoxins present. We believe mycotoxins are harmful to health (and) scientists suspect that [mycotoxins are] carcinogenic. How do I knowingly hand out contaminated study drugs to cancer patients—to sick people? It's totally unethical."

The University of Mississippi became the sole supplier of cannabis for clinical trials in 1968 and has maintained that monopoly since. In 2016, the Drug Enforcement Agency announced it would begin accepting applications to license new producers. Three years later and there are zero new producers licensed, although as NORML writes, "the DEA hasn't processed the applications, though it gladly raked in about $100,000 total in fees for all 33 submissions." Sisley told Cannabis & Tech Today magazine this fall that many researchers are now sourcing cannabis oils and extracts from other countries, pointing out that the feds are "forcing U.S. scientists to go source cannabis from other countries...UCSD just announced they're importing cannabis oil from the Canadian (cannabis) companies."

Sisley added, "The monopoly doesn't exist for any other drugs in Schedule 1...like mushrooms, LSD, MDMA...you can easily access those. It's only cannabis that has this bizarre situation where it's the least toxic of all the drugs on Schedule 1, but it has the most ridiculous, harshest barriers to studying it as a medicine."

The results from all research performed using the feds' stash is called into serious doubt, if the potency and quality from Elvy's medicine is what the feds are providing researchers. The low-quality nature of the product will undoubtedly irritate respiratory systems, yet require greater amounts of consumption, further exacerbating the problem.

Elvy's pre-rolls are defined as medicine, yet the feds require she fly 5,000 miles round trip twice a year to pick up something of such poor quality that they wouldn't be sold in any dispensary. These aren't medicine, and they're barely cannabis. Be better, feds.