Neighborhoods: The Allure of Awbrey Butte

Awbrey Butte evokes images of stunning sunsets, panoramic mountain views, twinkling city lights, colorful sunrises, towering ponderosas and roaming deer, to name a few. Living there feels more about the environment and the surroundings rather than the actual house. Nature surrounds you, creating a sense of peace and allowing one some solitude if needed. It seldom feels crowded. It is hard not to love this neighborhood, and if you happen to move here, there's a good chance you'll stay for a long time.

Awbrey Butte, once known as Awbrey Heights, was named after a legendary Bend pioneer named Marshall Clay Awbrey. Awbrey was a Missourian who fought in the Mexican War and who settled in Bend around 1870. He farmed the areas where Harmon Park and Kenwood School are located today before moving to the Tumalo area. It was said he would kiss a 5- or 10-piece coin goodbye before handing it to a clerk. Many landmarks and streets in Bend are named after this early settler. 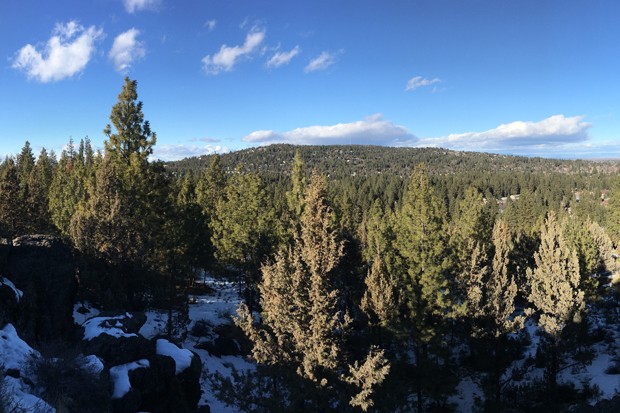 Mike Hollern of Brooks Resources had the vision to create and develop Awbrey Butte, or "the hill," as it was sometimes referred to. Brooks Resources purchased 1,800 acres in 1970 from Robert Coats and West Hills Inc. In 1984 development began with the very first lots selling for around $25,000 near Glassow and Tower Rock. An early challenge for Brooks Resources, after getting approval from the City, was obtaining a water source. Upon building a reservoir on the Butte, work then began on creating roads. Working through a slow economy and the recession of the 1980s were other challenges in the beginning.

Great care was taken to preserve mature trees, the natural landscaping and to minimize environmental impacts. Homes were often built in a stair-step way to ensure each homeowner's views, and roads were constructed in a concentric fashion so that they could not be easily seen from below.

Twenty years later, development was completed in 2005, which culminated in a premier neighborhood of 782 homesites. Although there are now many other neighborhoods with luxury homes to choose from in Bend, Awbrey Butte is timeless and retains its premier stature for buyers. It continues to be desired for its location, space and beautiful views. 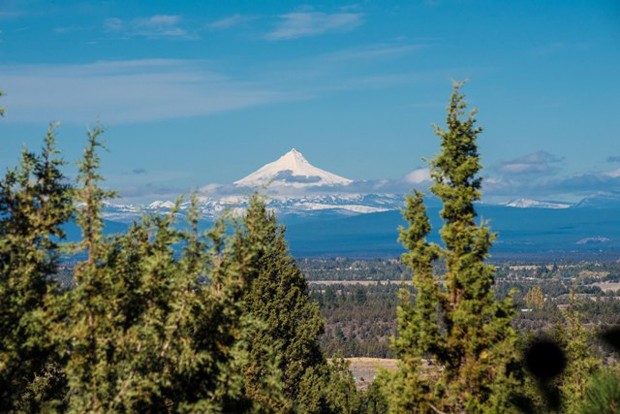 Buyers who choose Awbrey Butte select it for the beautiful views, large lot size that gives a sense of breathing room, the parks, walking trails and NW location.

"We love the sense of community here, the friendliness of people living in the neighborhood or the walkers passing by. It feels safe," said residents Linda, Rich and Matthew Gross. "Our kids roamed from house to house when they were young just like I did when I was little. And we love feeling like we live outside of town in a forest yet in reality live only a few minutes away from downtown."

Other Awbrey Butte neighbors, Char and Rich Anderson, had this to say: "When we decided to down-size we looked all over Bend for nearly a year but ultimately decided once again that we loved Awbrey Butte and wanted to stay right here. This is where we want to be! We walk everywhere up here; it's a walkers paradise with 360 degree views. We have met many new walker friends here and everyone says they love the neighborhood." Information from MLS , Brooks Resources, and the Deschutes Historical Society. 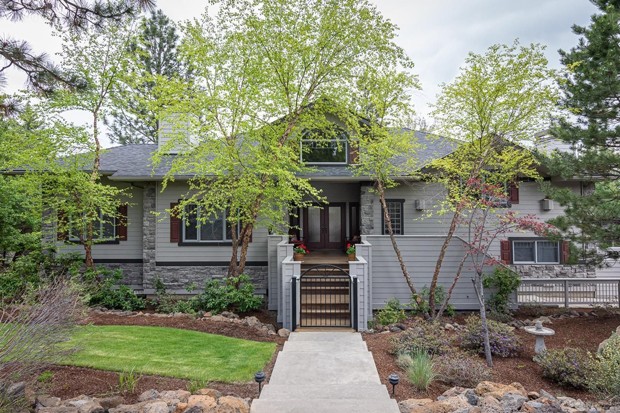