After losing 33 U.S. House seats to the "Blue Wave" that was the 2018 election, Republicans are getting creative to try to push an anti-climate agenda that, despite polling, they see as a path to more representation. 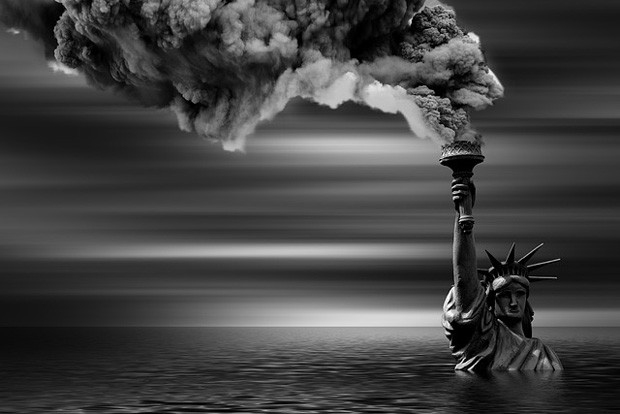 The headline of an Associated Press story by James Anderson, published over the weekend, reads, "In some states, Republicans see the recall as their way back to power."

That story highlighted Republicans' goals to gain back power—even if the threats to power they see can fall under the old "economy versus environment" banner. Close to home, Republicans in Oregon are attempting to recall Gov. Kate Brown (D), who was re-elected by a sizeable margin in November 2018.

Nationwide, Republicans are aiming to time the recall attempts against everyone from state legislators to state governors, according to the story, during periods when voter turnout is expected to be low.

"... that's essentially an admission that Republicans are using the recall not as a vehicle to oust corrupt officials, but rather as an attempt to game the system and flip seats they otherwise could not win in a regular election," Anderson wrote.

If you're one of those people who makes an effort to vote in every election, good on you—but these attempts should be a reminder that your attention is required beyond the occasional May or November election cycle.

If a politician is found to be truly corrupt or incompetent or unwilling to carry out the duties of the position, the recall process gives voters a chance to re-assess.

But using it as a re-do on election results that people don't like is not that.

The attempt to recall Brown, for example, is not done in the spirit of recalling corrupt or incompetent public officials. According to a statement released by Oregon GOP Chairman Bill Currier, it was more about words, not actions. Currier pointed to Brown's announcement, the day after the close of the legislative session, that she would consider using executive order to carry out a climate change plan as reason enough to recall her. Currier also pointed to the passage of House Bill 2015, the bill allowing undocumented people to get a driver's license in the state—which passed in the House 39-21, and which Brown has yet to sign—as further evidence of the need to recall her.

If there is corruption or incompetence or dereliction of duty afoot here, it should be directed at Senate Republicans—the same ones whose walkout shut down the Oregon Legislature for nine days and forced a last-minute cavalcade of bill-passage in the session's final hours. Were Republicans at work, as they should have been, they might have been able to spend time persuading their colleagues not to vote for bills they didn't agree with.

It was a bill about climate change that prompted the walkout— a topic that Republicans are relentless in attempting to change the outcome next time. Sen. Cliff Bentz (R-Ontario) and Rep. Daniel Bonham (R-The Dalles)—whose districts include parts of Central Oregon, including Sisters—are going "on tour" with a series of town halls covering Cap and Trade legislation—a key part of HB 2020, which prompted the walkout. Bonham and Bentz are among the six Republicans on the 14-member Joint Committee on Carbon Reduction—which might indicate that they believe that carbon reduction is a goal for Oregon. Still, their press release about their town halls indicates something else.

Their release, issued July 17, invites people to the town halls, with "an opportunity for attendees to express" how they feel about questions, including, in their words:

"How can Oregon's 4 million people be "climate relevant" in a world of 7.5 billion people?" and "Should parts of Oregon's economy be sacrificed so that CO2 can be reduced more quickly?"

Those are leading questions. It would be refreshing for constituents in those districts to come with some of their own thoughts, such as "How can Oregon's 4 million people add to the millions of other people in other communities, also doing their part to mitigate climate change?" or "How can Oregon's economy adapt to become resilient in the face of a climate that is causing more wildfires, floods and droughts?"

You can bet that in the ongoing saga of environment versus economy, these questions are not going to go away. And now, more than ever, it's up to everyone to pay attention—before and after election season.