The Beauty of Sisters Folk Festival is Back | Culture Features | Bend | The Source Weekly - Bend, Oregon

The Beauty of Sisters Folk Festival is Back

Seven stages, 30 artists, and family and friends gathering for the love of live music... sounds kind of like a blast from the past, right? After several years of having smoke—or a global pandemic—stop the music, the Sisters Folk Festival gets underway this weekend. Originally taking place each August, festival organizers moved it to October this year in order to plan around clearer skies. At the risk of inviting some random whiffs of smoke to randomly blow in, I'll say that the weekend looks to bring sunny days that will be ideal for moving from venue to venue in the place where "all the town's a stage."

"Excitement is running high here at the SFF offices as our team prepares to do the thing we love to do most and haven't been able to do for 24 months!," said Crista Munro, executive director of SFF. "We were all a little nervous that we'd forgotten how to throw a festival, but no worries there."

With more limited numbers of tickets available this year (yes, the pandemic is still affecting things) the festival is already sold out—so for those who are lucky enough to have a pass, here are some things we're looking forward to seeing at this year's fest. (And for those who missed out, next year's SFF will take place from Sept. 30 to Oct. 2, and tickets will go on sale in early 2022.)

Charlie Parr is always a favorite when he makes his way to Central Oregon—which, lucky for us, is pretty often. Parr brings his raucous rebel sound to the state twice at SFF, plus another performance at Volcanic Theatre Pub Friday for those who didn't get SFF tickets.

Local musician Jenner Fox is out performing in support of his new album, "Planet I'm From," which was released on Sept. 18. A child of two river guides, Fox created his first album to sell to rafting clients, and now splits his time between whitewater guiding, riding his cargo bike and performing.

"Jenner combines the lyricism of Joni Mitchell and the commentary of Neil Young to represent the next generation of singer-songwriters," said Grammy-nominated producer Cookie Marenco.

Nashville-based Wild Ponies is among the bands bringing the classic, old-time Americana sound to the festival, along with other old-timey sounds coming from bands including The Haymakers. 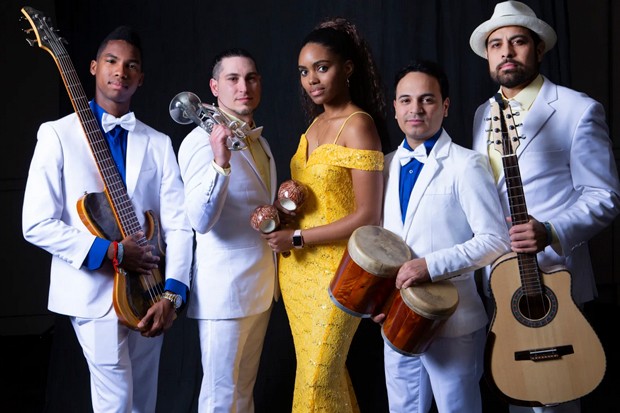 Earlier this summer, Ron Artis II and the Messengers played the Munch and Music stage in Bend and brought the dance party—so if you haven't yet seen them, expect a fun-loving good time.

Fans of a mix of blues, soul and folk should not miss Ruthie Foster, nominated four times for Grammys, who's known for her amazing voice and gorgeous songwriting.

And closing out Saturday night's music at The Belfry is Sisters local Dennis McGregor—who also crafts each of Sisters Folk Fest's unique animal-art posters—along with his band The Spoilers, with support from The Haymakers. For those who want to rock out to another flavor of sound, check out the sounds of Changüí Majadero, a Cuban band from Calfornia that plays the changüí sound—a style of music that predates Salsa and Son Cubano music. The band closes out Saturday night's music on the Sisters Saloon stage.

There's so much more to love about Sisters Folk Festival; one of the best things about a festival of this type, with so much going on at the same time, is the ability to wander from stage to stage, finding music you knew nothing about but have now come to love.