The Bees and the Words | Culture Features | Bend | The Source Weekly - Bend, Oregon

The Bees and the Words

Buzz growing for recent novel, "The Music of Bees"

If you're a Central Oregon gardener, you appreciate the delicate dance that comes with springtime in the desert. Abundant sunlight, yet sparse rainfall. Praying you didn't plant those seedlings too soon. Some years, even a single bloom seems a success. And without those pollinators, where would we be?

As the bees start buzzing, this time of transition is a perfect time to dig into regional author Eileen Garvin's delightful debut novel, "The Music of Bees." It's a story sown with rich metaphors and life lessons that hum sweetly along in Garvin's authentic and resonant voice. 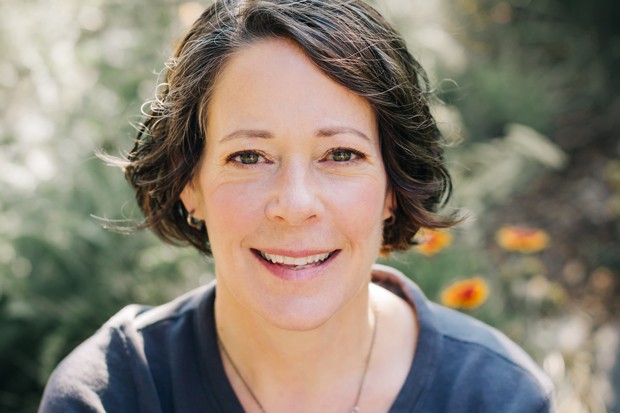 "The Music of Bees" poignantly weaves the intricacies of bee–and beekeeper–behavior into a heartwarming tale that reminds us of our ineffable interconnectedness. Through a series of chance events, three characters' lives intertwine, taking readers on a journey of self as they reflect on the past, and ultimately find the courage to embrace the present.

Warmly capturing the quirkiness, goodness and fallibility of the human experience, Garvin adds texture to the storyline with themes we all can relate to: loss, survival, nourishment, growth, forgiveness, family and our relationship to community. The characters feel so real, you could easily bump into one at the grocery store. (And if you take a spontaneous trip to Hood River, you just might.)

Garvin's second book and first fiction novel, "Bees," builds on the success of her memoir, "How to Be a Sister," a reflection upon her family life growing up with an autistic older sister. Her writing is bittersweet, brightened by her laugh-out-loud, yet understated sarcastic voice. Garvin's new novel also draws from her real life staged in the Columbia River Gorge with its colorful locales, lifestyles and personalities.

“I don’t want JUST a good story. That’s like eating Doritos. After you’re done you say ‘Ew, why did I do that?’”—Eileen Garvin tweet this

I caught up with Garvin at her home, where—you guessed it—she tends to several of her own beehives. A secret garden of writing nooks and winding paths, her backyard sanctuary is home to approximately 60,000 bees—a pollinator heaven full of lupine, iris, fruit trees and lavender.

Garvin says the idea for her novel came out of nowhere.

"It started with Jake. My hive had died and I was going up at dusk to pick up a new package of bees," she said. "As I was driving through the winding orchard roads, I passed by a guy, in a wheelchair, with a mohawk. Needless to say it was a very arresting sight. The first line came into my head and I pulled over and wrote it down."

Twelve weeks later, Garvin had crafted a story that begins in the brain of that teenager, moves to the mind of a mid-life widower and then to that of a wayward son. Through these three distinct inner voices, she creates page-turning anticipation for readers.

"I feel like the characters came from somewhere else," she said. "I was just trying to do them the service of conveying their stories. The voices as they emerged were a process. I had to get to know them."

As the characters' trajectories overlap, their complexities and personalities are mirrored by their interactions with the bees themselves. There's a reflective, mindful undercurrent to the book that evolves as we witness their relationship and responses to working with beehives. Garvin shared how this came from her own journey of becoming a beekeeper.

"When I got my first hive, I made a lot of mistakes. My beginnings were not praiseworthy, and I learned a lot. Bees are fascinating and remind you that you've got to slow down. It's like a meditation."

While she was revising her draft, Garvin was also enrolled in a Master Beekeeper program through Oregon State University. Her studies included analyzing the writings of L.L. Langstroth, a Wendell Berry-like apiarist of the 1800s who revolutionized beekeeping. These inspired her to use his words as subtle, contextual messages to the reader.

"I wanted to add layers to the story with Langstroth quotes and what I was learning in the course. Buried in each chapter's passage is a clue."

She continued, "I don't want JUST a good story. That's like eating Doritos. After you're done you say 'Ew, why did I do that?' I want readers to learn something. So, I wanted the flavor in there, but also substance."

Just like a bountiful honey harvest, through excerpts of beekeeper wisdom and wit, "The Music of Bees" delivers those sweet rewards: an uplifting story for readers, and, for Garvin, nationwide acclaim.

Listen to Eileen Garvin talk on May 20 on World Bee Day
eileengarvin.com/the-music-of-bees