The Biggest Local Stories of 2019 | The Source Weekly - Bend, Oregon

The Biggest Local Stories of 2019

From living on hot sauce to a Republican walkout, there's lots to remember about the past year

Editor's note: It's been a big year for national news—but local news had its ups and downs as well. In the spirit of journalistic collaboration, we asked Matt McDonald, news director at Central Oregon Daily, to recap the biggest local stories he and his team worked on this year. 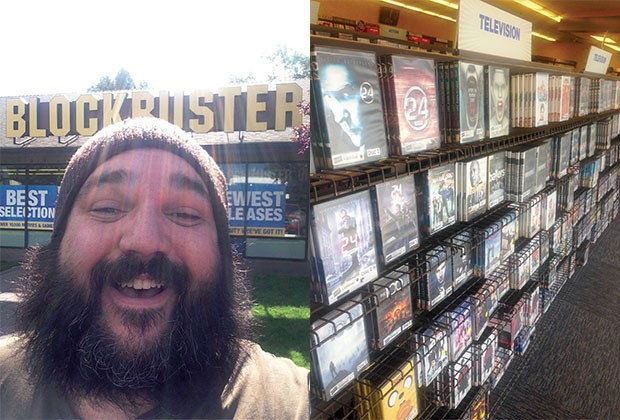 In late February, Jeremy Taylor decided to take a forest road home. Bad idea. Fortunately for Taylor, he had some taco sauce in his SUV. Good idea.

Taylor got stuck in the snow west of Sunriver when he tried to turn around. He thought by morning, he would be able to dig out. No such luck. The region was hit with record snowfall and his SUV got buried. He tried to hike out but had to turn back. Five days later he was rescued.

How do you survive for five days in your car?  You eat Taco Bell fire sauce. Taylor found a few packs in his door pocket and his dog Allie had a bit of kibble. One fire sauce pack a day and a lot of patience later, he was rescued.

Maybe We All Needed Hot Sauce

Speaking of the storm that trapped Jeremy Taylor in his car, it was a record breaker. On Feb. 25, the National Weather Service recorded 12.5 inches of snow in Bend over 24 hours, breaking a century-old record. The snow was widespread: Prineville recording 9.9 inches, La Pine around 20 inches.

The airport in Redmond threw in the towel and closed. Highway 20, 2 miles west of Santiam Pass got buried in an avalanche. And the streets around town (no matter what town you live in)... well, let's just say they were not at their best.

Samantha Henry of Redmond and boyfriend Will Lucas of Bend spent the summer backpacking their way across Southeast Asia, stopping to work at an eco-resort in the forested hills of Thailand. The couple said when they crossed back into Malaysia, a border guard failed to stamp their passports because they didn't make a donation. When they got to the airport to fly home, they were detained and held for a week in squalid conditions.

After some help from Sen. Jeff Merkley, they were freed and allowed to return home. Henry now works for Sen. Merkley and says if she had to do it all over again, she would.

On Dec. 21, 2016, five-year-old Maliyha Hope Garcia of Redmond died, weighing just 24 pounds. On Oct. 18, 2019, Estevan Garcia (her adopted father) and Sacora Horn-Garcia (her stepmother) were convicted of starving her to death. Justice was served, right? From a legal perspective, most would say yes. From a moral perspective, it's hard not to feel like we all failed. How did we, as a community, let a five-year-old starve to death in her own home?

Wait, what? That was my instant reaction on Oct. 28, after hearing that Rep. Greg Walden would not seek reelection to Congress. As a journalist, I'm very careful to avoid anything that can be construed as political commentary. But I will say this. Love him or hate him, agree with him or protest his office, Walden DID serve in a public position. In an era when some people can't be bothered to vote, I find the act of serving in a public office admirable (no matter the motivations for the service). It's not easy for anyone to stand in front of a crowd. Who's willing to stand in front of that crowd now? Buehler? Buehler?

Kaylee Sawyer's murder at the hands of Central Oregon Community College security guard Edwin Lara is a tragedy—one felt most deeply by her family, but which spread to the community as a shared grief. Her family was strong in seeking changes every Oregonian will benefit from seeing enacted. Kaylee's Law was passed unanimously in the Oregon Legislature, requiring background checks for all campus safety staff and mandating a clear distinction between campus security officer uniforms and police.

Saying Goodbye to a Hero

Bob Maxwell, at one time the oldest living recipient of the Medal of Honor, died May 11. During the German invasion of southern France in 1944, he jumped on a live grenade thrown into the middle of his troop and suffered life-threatening injuries.

I like to think Oregon can buck the trend when it comes to politics. In our state, I hoped, we can reach across the aisle and find common ground. I was apparently wrong. In mid-June, Republican senators fled the State Capitol building to stymie a climate change vote. Gov. Kate Brown, a Democrat, ordered state troopers to track them down. Ultimately, nine Republicans returned after learning the cap and trade bill was effectively dead. Also dead, or at least severely injured: my faith in political harmony.

After several summers of holding our collective breath, the air stayed smoke free for most of the summer of 2019. The fire season never really got going in Central Oregon. The McKay Butte Fire put up a decent column of smoke, but it proved to be short lived and never really tainted the air.

Everyone wants to be first. Edmond Hillary was the first person from a Western culture to summit Everest. He was knighted for the accomplishment. Sally Ride was the first U.S. woman in space. A movie is in the works about her life to inspire girls to pursue careers in science.

But what about being last, as in the last man or woman (or video store) standing? The Blockbuster video store on Revere in Bend became the last of the once-mighty chain. Celebrities passing through Bend find it a favorite place for a quick Instagram pose. Documentary filmmakers were briefly roaming the rows of videos. Turns out, being last isn't so bad.