You know summer has arrived in Bend by a few key markers: The kids get out of school and start running in wild packs around ice cream shops and arcades, the parking lots at Riverbend Park get stuffed full... and the Bite of Bend kicks off in downtown Bend.

And where there's a Bite of Bend, there's also a Top Chef. 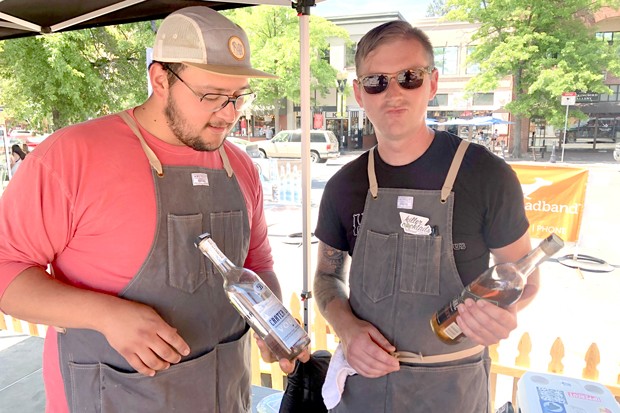 Food is the main attraction at "The Bite," with area restaurants offering small "bites" that let people sample their offerings, as well as food card vendors and the Top Chef competition, where local chefs square off in several rounds for the opportunity to be named Top Chef.

Juan Infante, executive chef at Worthy Taps & Tacos, took home the Top Chef title in the competition June 16, assisted by Sous Chef Shawn McCoy. A native of Oaxaca, Mexico, Infante learned about cooking from his mother, who was a trained chef and pastry chef back home.

"When I moved to the USA in 1999, I started working in kitchens," Infante said. "I started from the bottom, washing dishes and prep, and I asked myself, what do you want to do? I know that inside of me, cooking is... I grew with that." 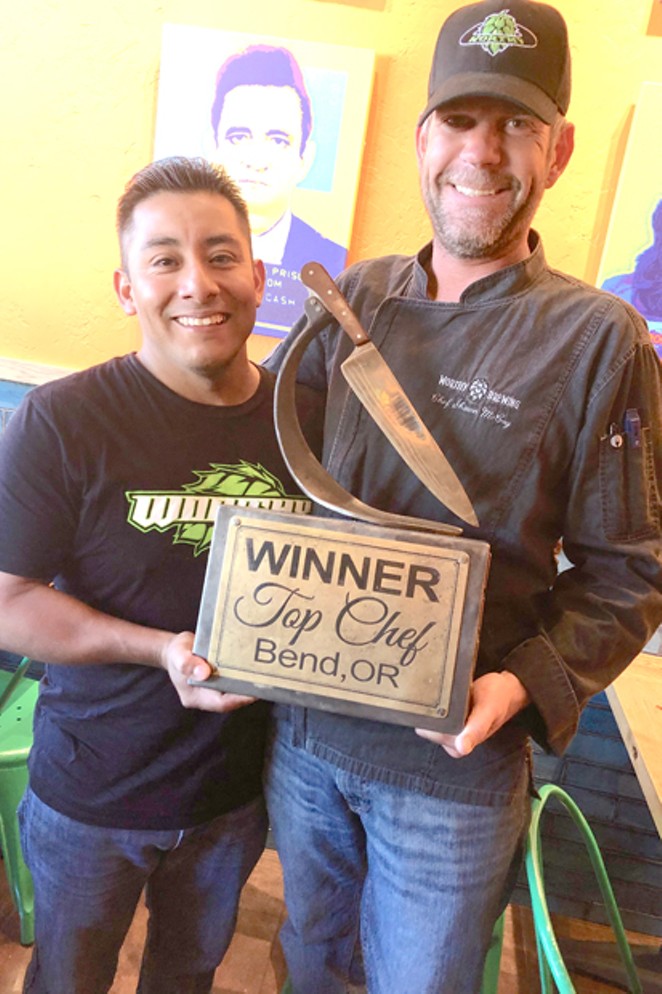 To earn the Top Chef title, competitors go through three rounds: An elimination round during events on Saturday, then a semifinal round Sunday, followed by the finals that same day. Each round includes a secret ingredient. Some are more innocuous, such as the jackfruit secret ingredient used Sunday—but in the finals, the competition got a little more "striking" when organizers introduced python—yes, the snake—as the secret ingredient.

"I remember when I was cooking with my mom, one of the times she cooked with iguana. The flavor was similar to iguana—like a chicken, fishy flavor," Infante said. "When she cooked the tamal, in the traditional thing, you've got the tamales wrapped in banana leaves or corn husk—but this time, I knew you couldn't serve leaf or anything un-edible on the plate. So I decided to wrap it in the corn husk and present it open-faced. I cooked the python barbacoa style."

Infante faced some tough competition, with the final round pitting him against a classically trained chef. Having moved his way up from dishwasher to prep cook to Sous Chef at Zydeco before taking the executive chef position at Worthy Taps and Tacos, Infante knew the competition would be a challenge.

"I was very scared, because I know those chefs don't mess around," he said.

Sous Chef McCoy says he's learned a lot from Infante. Working alongside him at Worthy's taco spot downtown over the past year, one thing has stood out.

"It's really his sauces. They're really so unique," McCoy said. "He makes one sauce where he puts lettuce in it—so learning more authentic approaches to the food."

Judging by the wealth of food service establishments in the area, eating is important to Central Oregonians—but so is drinking—and that's why The Bite also includes a competition for bartenders, the Bartenders' Brawl. (Full disclosure: I was a judge in this competition, put on—like the Bite of Bend—by the Source's parent company.)

Congrats to all the winners!