The Bliss of "Soul Sprint"

It's a well-known fact that one of the best parts about video games with cars is that you can drive like an absolute maniac. Just ask anyone who's played "Grand Theft Auto" in their lifetime. But sometimes I find that slowing things down, just going for a cruise while taking in the scenery and soundtrack can be just as fun—if not even more satisfying. To me, "Soul Sprint" sounds just like one of the latter moments.

"Soul Sprint" is the latest release from Bend-based producer/visual artist J.R.J, otherwise known as Jordan Russell. Russell has an exceptional knack for beat making, or as his Instagram bio reads, "bleep-bloop noises." Call it what you want; there's just something so electrifying about Russell's latest release that it floods happiness and good vibes into my soul—and there is absolutely no fighting it as it flutters along. 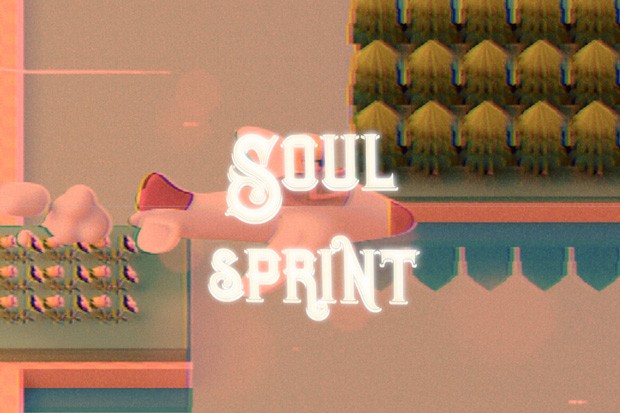 "I was honestly pretty surprised by how it came out. I think there was some subconscious defiance of reality lately that wanted to bring out some light. It's relatively different than stuff I usually make, but I'm happy it turned out that way," says Russell, noting some of the inspiration he's found in recent times. "Lately, I've been inspired by films of Laika, the music of Madeon, Faded Paper Figures, hometown hero of mine Henry Chadwick, and my buddy who goes by Indigo Hush."

To pair with the new song, Russell released a motion-graphic video of a character flying along in a plane, zooming over a pretty video game-landscape. It's a perfect animation to go with the song, since "Soul Sprint" really makes the listener feel like they're floating along over everything. Above all, in a year that's been filled with more downs than ups, "Soul Sprint" takes me to a place where the sun always seems to be shining, and is another reminder of why music can sometimes be our greatest friend.

For Russell, he says "Soul Sprint" moved him out of the box a bit, as he continues to dive into other mediums to help fuel his music.

"The COVID fiasco has been an interesting development for me in terms of how I create. I've actually been way less prolific, as I've only released one other song this year ("Quentin Quarantino"), but they've been some of my best stuff, I think," reflects Russell. "The irregular nature of how society is going currently was getting me burnt out mentally and musically, so I've been trying out (or obsessed) with other artistic mediums such as stop-motion animation to mix it up and get out of my comfort zone."

Russell seems to be so into being out of that comfort zone that right now he says he's looking for stop-motion collaborators. He also plans to have more music out next year as an EP or full album. In the meantime, check out "Soul Sprint," and other J.R.J releases on Bandcamp, Apple Music or Spotify.