The Boulder That Broke the Camel’s Back | Local News | Bend | The Source Weekly - Bend, Oregon

The Boulder That Broke the Camel’s Back

Social isolation and economic fallout could tip the scales for those already struggling. In Deschutes County, domestic violence calls are up so far—while other crisis calls remain steady

April 30, 2020
3 comments
Anxiety around the spread of COVID-19, coupled with the loneliness of lockdown and economic insecurity is enough to test the sanity of those who are mentally stable. But add in a predisposition to depression, anxiety, addiction, psychosis or other concerns, and the current environment could lead to an increased likelihood of a mental breakdown. 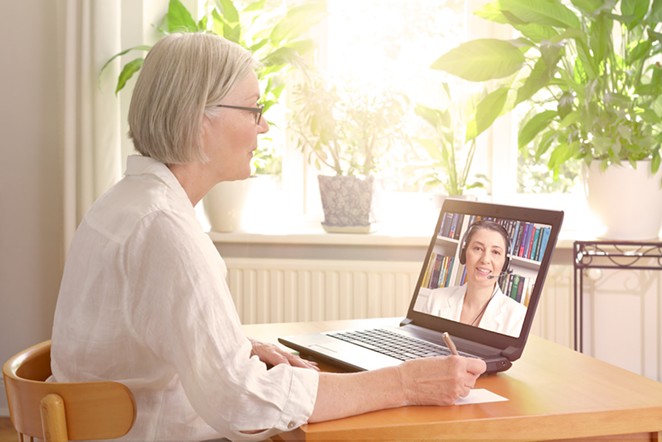 Researchers have shown that just an economic downturn alone leads to spikes in suicide rates. A study in the British Journal of Psychiatry found the Great Recession led to nearly 5,000 additional suicides in the U.S., with losing a job, losing a home and being in debt being the main risk factors.

In Deschutes County, over 10,000 people have filed for unemployment in a five-week period, according to Damon Runberg, an economist with the Oregon Employment Department.

Listen to the full interview with Runberg on the Source Weekly’s new podcast, Bend Don’t Break.

As weeks of social distancing lapse into months, the situation may weigh particularly hard on those who rely on daily or weekly social rituals to offer connection to a community outside of the home or work setting: An AA meeting, a yoga class, an anger management group, a gathering of other folks experiencing grief and loss.

And while technology has provided a platform for virtual connection, humans evolved in tribes, where survival depended on social solidarity among other people.


During the Great Recession [the rate of crisis calls] were much higher. You see this with any kind of economic downturn, anxiety and depression increases. - Holly Harris, Deschutes County Behavioral Health tweet this

In-person interactions increase the body’s concentration of oxytocin, the feel-good “love” hormone the body releases after seeing an old friend or giving someone a hug. Video conferencing is only about 80% effective as meeting up with a real person for producing oxytocin, according to Paul Zak, a professor of psychology at Claremont Graduate University in California. For those with access to WiFi and a computer, making time to keep in touch with family and friends could help alleviate some of the negative effects of social distancing, Zak said.


Two local crisis response experts told the Source that the numbers of emergency mental health calls in Deschutes County have not yet caught up with the devastation, but they expect more calls may be coming in the future.

Holly Harris, who manages the mental health crisis response team for Deschutes County, said the number of calls her team has responded to over the last month are about on par with this time last year.

“Not that it will stay this way; the longer these things go on, the more impact they have,” she said. “Once the economic impacts that we’ll be facing as a community sink in, that is when it will go up. During the Great Recession [the rate of crisis calls] were much higher. You see this with any kind of economic downturn, anxiety and depression increases.”

These flat statistics were echoed by Lt. Clint Burleigh of the Bend Police Department, who said calls to the city’s 911 dispatch coded as mental illness related—suicide, allegedly mental ill, people who are a threat to themselves or others—these calls have stayed fairly consistent. Other calls, for car crashes and alcohol-related issues have gone down as people follow social distancing guidelines, he said. Domestic violence calls have gone up, however, Burleigh said.


Deschutes County Behavioral Health serves more than 3,000 people and is accepting new clients all the time, Harris said. Ninety percent of therapy sessions have moved online or over the phone, and most of the staff is working from home. Still, full-time staff are inside the buildings at every one of the county’s locations, available by appointment (the doors are still locked due to the pandemic). People who call the crisis hotline (541.322.7500, option 9) can talk to another person 24 hours a day, seven days a week, Harris said. The organization is continually performing intakes with new clients, though most are through teleconferencing.

The constraints of the pandemic may actually have some lasting positive outcomes for the agency, Harris said.

“With every challenge you face, you learn some lessons,” she said. “[Telehealth] is something we might want to keep around. It’s had a real impact on no-show rates because we’re able to meet people where they are at. They don’t have to set up childcare to attend a parenting class, for example. For our staff, we’ve become experts [in the technology]. If a staff person is feeling under the weather in the future, they could have the option of working from home.”

Not only has telehealth expanded access to some of DCBH’s clients, but because of a recent grant, the organization is staying in touch with people who don’t have stable access to shelter and WiFi. The county received $5,000 from the Central Oregon Health Council last week to buy mobile phones for some clients without regular access. The grant will also pay for mobile phone minutes for those who already have a phone, but only use it for data, according to the agenda of the Deschutes County Commissioners Board Meeting April 22.

Deschutes County will open the doors to some of the county buildings starting Monday, as its ban on limited access expires Friday. But Harris said DCBH is still in the planning stages of its remobilization strategy.

“We’re looking for ways to open up as safely as possible,” Harris said. “I’m really proud of our community, really quickly finding ways to adapt, and keep the client’s safety and the safety of staff first in our mind. They’ve shown so much adaptability, from both staff and clients.”