I really like the girl I'm dating, except for one thing. On every date, she asks me to take photos of her for Instagram. Afterward, she consults me repeatedly on which will "get the most likes." I'm starting to get really annoyed, and I find it cuts into my enjoyment of our time together. She even did this on my birthday! 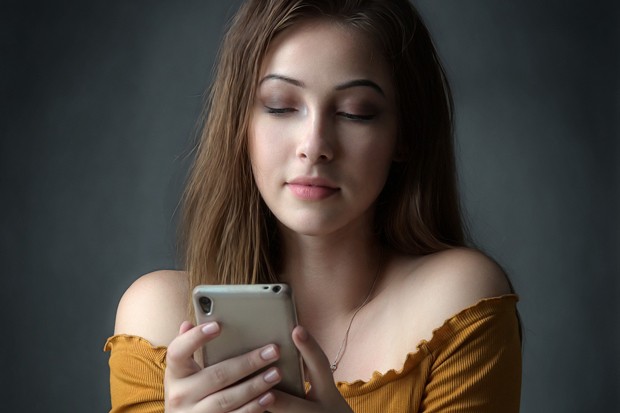 Psychologist Erich Fromm wrote, "Mature love says: 'I need you because I love you.'" He died in 1980, 30-some years before Instagram-infused love: "I need you, love, because my telescoping selfie stick won't fit in my cute purse."

This girl's far from alone in turning every occasion short of stints on the toilet into a photo op. Social media (and Instagram especially) transformed fishing for compliments into a business model. #admirationvampires

Some young women—especially 20-somethings with a still-murky sense of identity—might feel they don't exist in any meaningful way if they don't post pix and videos of themselves to score likes and gain followers. #KeepingUpWithTheInstadashians

There's also the lure of easy money for those who can rack up an audience: potentially making big "influencer" bucks just by showing up to events in some pop-up shop's dress and striking a bunch of poses they copied off Beyonce.

Chances are you went on Tinder or Hinge or whatever in hopes of landing a girlfriend, not unpaid work as a photographer. Saying yes to taking this girl's pic the first time — before you realized it would be an every-date thing—probably seemed like a one-off request and thus not a big deal. But now you're annoyed that you're constantly being pressed into photo slavehood. Even your birthday got co-opted into a #MeMeMeMe #takemypicture celebration of her personal "brand."

The problem is not that she's asking but that you keep going along with photographing her. There's a way out of this—and a way to get women to respect you instead of seeing you as a chump they can use and eventually lose—and it's assertiveness.

Social psychologist Daniel Ames and his colleagues define assertiveness as "the degree to which someone stands up" for their own needs and interests "when they are faced with someone else who does not want the same outcomes."

Assertiveness allows you to be in charge of your life instead of becoming the tool of anyone who wants to use you: basically living like an insect that gets batted around by a cat. People who default to a passive approach—just doing whatever's asked of them, no matter how they dread it—often have a deep fear of rejection. They act on the mistaken belief that "the way to be accepted and appreciated by others is to give and give," explains clinical psychologist Randy Paterson.

This isn't to say you should live like an accountant, calculating to the penny or the calorie whether the give and take between you and another person is exactly 50/50 at all times. What matters is your motivation: giving to a woman because it feels good to make her happy or, say, safer (like if you install burglar-frustrating thingies on her windows).

That's healthy giving—in contrast with emotionally indentured Boy Scout-hood: fulfilling the terms of a contract that exists only in your head, in which you re-sod a woman's lawn, rotate her tires, and/or become her pro bono "palace photographer" so she won't kick you to the curb.

This "chore-bribe your way to love 'n' sex" model tends to work about as well as my attempt, as a lonely, picked-on little kid, to geek my way into having friends. In second grade, two girls approached me, worksheets in hand, and said they'd be my friend if I did their math homework during recess. I got to work with my thick No. 2 pencil. Maybe 10 minutes later, I finished—and they immediately succumbed to childhood amnesia. Neither girl even spoke to me again—all the way through the end of 12th grade.

The willingness to assert yourself is a reflection of self-respect: the belief that you have value and have a right to be treated as if you and your needs matter. But say your current level of self-respect is on the low side. You can still act like a person with strong self-respect: Explain what you want—in this case, to retire from fashion photography and post-date photo selection.

Be prepared. It's possible she'll ditch you for expressing the inconvenient need to quit as her Instagram documentarian. But if your needs and feelings are of little interest to her, maybe you can view getting yourself dumped by her not as a tragedy but as a point of pride: the first day of the rest of your living with self-respect. Carpe diem! (By way of carpe scrotum!)