The Changing of the Old, White Guard

Oscars not as white; still quite male

I'm not sure if you noticed, but the Oscars are more interesting now than ever before. In 2012, The New York Times did a study on the demographic breakdown of voters among the Academy of Motion Picture Arts and Sciences, with all 5,100+ members questioned. At 94 percent white, 77 percent male and 54 percent over the age of 60, it's been very easy to predict the Oscar winners for a long time. Oscar was indeed so white. 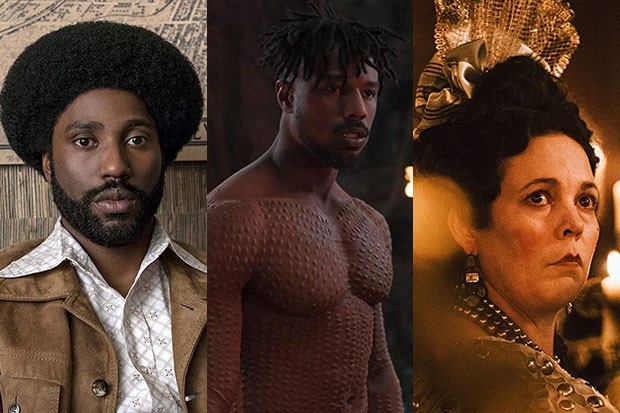 After the 88th awards ceremony, in 2016, was targeted with a boycott and the hashtag #OscarssoWhite, the academy initiated what they are calling "historic" changes to more accurately reflect the diversity and gender of filmmakers across America.

By 2020, the academy aims to be fully reflective of the modern makeup of filmmakers by including many more women and people of color in the academy membership.

These are changes that have been a long time coming, and a younger and more diverse voting body means we get some truly unpredictable nominees and winners breathing new life into the ceremony. In 2017, no one could have predicted that a gentle arthouse wonder like "Moonlight" would win Best Picture over the jazz and show-biz musical that was "La La Land." Things are finally getting interesting.

Still, the Oscars do tend to focus more on what has buzz over what genuinely deserves the accolades. I mean, this is still an organization that gave Best Picture awards to "Forrest Gump" over "Pulp Fiction" and "Kramer vs. Kramer" over "Apocalypse Now." They're legendary at getting it wrong and that might not change for a while. Look at the big four awards this year. While there are some adventurous films and performances on the list, the nominees are still overlooking some truly important work.

For Best Picture, we're looking at "Black Panther," "BlacKkKlansman," "Bohemian Rhapsody," "The Favourite," "Roma," "A Star is Born" and "Vice." As excited as I am that we finally have a superhero movie up for Best Picture, moves like "Vice," "Green Book" and "Bohemian Rhapsody" don't belong anywhere on this list when similar (and much better) films like "Sorry to Bother You," "First Reformed" and "Blindspotting" are ignored. Just because Rami Malek is astounding as Freddie Mercury doesn't make "Bohemian Rhapsody" a good movie, and just because "Green Book" has its heart in the right place doesn't make it less of a cloying pile of sentimentality.

For Best Director we've got Spike Lee for "BlacKkKlansmen," Pawel Pawlikowski for "Cold War," Yorgos Lanthimos for "The Favourite," Alfonso Cuaron for "Roma" and Adam McKay for "Vice." Hey look! It's still just a bunch of dudes. I have yet to see "Cold War" or "Vice," but it's hard to imagine the work being "better" than Lynne Ramsay's blood-boiling direction of "You Were Never Really Here," or Paul Schrader's haunting touch on "First Reformed."

Best Actor sees Christian Bale, Bradley Cooper, Willem Dafoe, Rami Malek and Viggo Mortensen nominated, and right off the bat I can guarantee two things: 1) Malek has this one in the bag and 2) Mortensen should be nowhere near this award. Instead he should be replaced by Ethan Hawke's flawless work in "First Reformed." (See a pattern here?)

As strong as Yalitza Aparacio, Glenn Close, Olivia Colman, Lady Gaga and Melissa McCarthy are in the race for Best Actress, none of them came close to the work Toni Collette did in "Hereditary." OK fine, Olivia Colman is astounding, you're right. This Oscar belongs to her.

The point is, even as things in the academy get better, they're still gonna get a bunch of stuff wrong...it's what they do. But when the nominees are so different from what has come before, it's kind of hard to complain. Really though, the best thing about the 91st Academy Awards so far??? That we now get to say "Oscar Nominee Kendrick Lamar." See how good that feels?

Look for Rasic's full Oscar breakdown and predictions as we get closer to the big day, Feb. 24.