The Commodity that is Cannabis | Smoke Signals | Bend | The Source Weekly - Bend, Oregon

The Commodity that is Cannabis 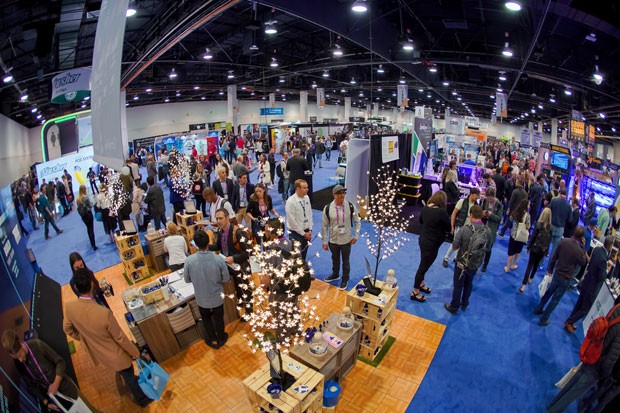 I recently attended the annual MJBizCon in Las Vegas, the largest cannabis convention in the world, featuring 27,000 attendees from over 60 countries, 1,000 exhibitors, three days of speakers, break out lunches and after parties. I didn't visit all the booths, or meet all the attendees, although "Hi, I'm Josh, that's great, got a card?" did seem to pass through my chapped lips close to 27,000 times.

Marijuana Business Daily put on a completely professional conference—any preconceived notions about what a cannabis event of this size would look like were shattered like a cheap Chinese bong hitting the floor. It's empowering to be in a shared space with tens of thousands of others who have made cannabis their (now) legitimate job.

The stereotypical dreadlock-and-tie-dye set were outnumbered by carefully coiffed 'dos and business wear, underscoring how quickly legalization has changed the image the industry now projects. (For the record, I'm down with dreadlocks/tie dye, but not socks with sandals, ever.) Hundreds of people congregated outside the Vegas Convention Center, where I ran into an edibles producer from Portland who explained she wasn't even there to attend MJBizCon, but to connect with attendees at the after parties and during attendees' smoke breaks.

How this regulated and (over)taxed industry is shaping up differs considerably from its "unregulated marketplace" and medical marijuana roots. As with most industries, the majority of faces I encountered were white and male. Many of those faces don't consume cannabis, and/or had, at best, a rudimentary knowledge of it. Much as I would have reservations about a sommelier who didn't drink, or a tailor who wears Ed Hardy, I semi-expect those in the cannabis industry to partake or at least know something about the plant and its effects. I encountered numerous perfectly nice professionals who don't use THC/CBD in any form, and/or were canna-ignorant. They did have a solid knowledge of banking and finance and talked way above my head in terms of management of "big cannabis data," but the disconnect from the plant itself left us without a shared language and awareness.

There was also a tremendous lack of weed amongst the people I met at the after parties. Only once did someone offer any to share, from a man with some pre-rolls dipped in his brand of BHO. The container had no mention of strain, THC content, etc.—just his website. Having expected this, my custom road case was packed with a desktop vaporizer and some 15 strains of flower/ice hash, plus edibles, topicals and CBD tincture from numerous Oregon producers and processors.

I set up (with the party host's permission) at a few of the parties, and once a session began, I engaged in business-related conversations with other canna professionals. A shared interest and appreciation for social consumption laws, terpenes, supporting women and people of color in the industry, and the effects of our shared weed/hash/edible made those encounters far more memorable, and that person relatable—more so than tech bros rocking sunglasses on the back of their heads—at night—and speaking at higher-than-necessary volumes about "the sick next level fully disrupting weed app" they had developed. (They didn't smoke, but did have blow, which they seemingly had quality tested numerous times.) At one party, a Connecticut handmade vaporizer designer and I shared his stylish rig and my hash and compared notes on the West and East Coast industries. Doing so with someone who had a grasp of nuances through partaking and knowledge was more valuable than someone who experienced and viewed cannabis solely as a commodity, like pork or steel.

With federal cannabis legalization appearing to be close, nationwide cannabis commodification is inevitable. That's an ideal situation for allowing interstate cannabis sales, greater access for millions of medical users, and an uncaging of pot prisoners. But here's hoping that the architects of that industry actually enjoy the commodity in which they trade.