You bought a ticket pre-pandemic. Now what?

Imagine, for a moment, that it's the spring of 2019. You're sitting in a cafe, not a mask in sight, reading about the pros and cons of Bitcoin, when your best friend walks in and tells you that tickets to see one of your favorite bands have just gone on sale.

Without hesitation, you go to the venue's website and, after rolling your eyes at the exorbitant service fees, proceed to drop $100 on a pair of tickets. Cryptocurrency be damned, you tell yourself, this is too good to pass up. 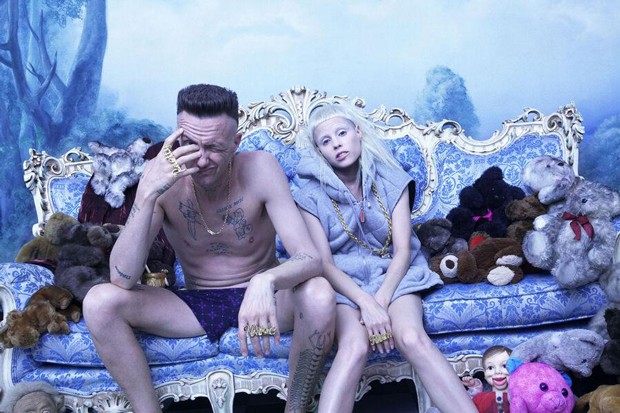 Back in the spring of 2019, legions of loyal Die Antwoord fans made that same decision. Lured by the South African duo's strange mix of hip-hop theatrics, District 9 aesthetics, blank parody and art-school excess, they pounced on the chance to buy tickets for the band's 2019 House of Zef Tour.

At the time, they had no idea they were sinking their money into a tour that would be postponed not once, not twice, but three times. The third round of postponements, which were announced in late March, asks fans to believe that the 2019 House of Zef Tour will finally take place in early 2022, nearly three years after the tickets first went on sale. The duo is tentatively set to play Portland Veterans Memorial Coliseum on Jan. 25, 2022.

Given Die Antwoord's dadaist tendencies, it's easy to imagine all this as some form of next-level performance art. The problem is that it has real-world consequences.

"Promoters are waiting until the last minute to announce that shows aren't happening," the frontwoman of a veteran punk band told me last summer, "because if their shows are canceled, then people's money is refunded. And if their money is refunded, then the promoters could go bankrupt. So we had Australian fans going, 'Are you coming or not? Like, what is going on?' And we were not allowed to say anything until new dates were actually in place."

Making matters worse is the fact that, when shows finally do get postponed, it's not always easy for fans to get their money back. In the case of Die Antwoord, Ticketmaster sent ticket holders a single email announcing the postponement and giving them just one month to go online and request a refund. Miss the deadline and your interest-free loan to parent company Live Nation is extended for another year.

Not everyone is happy with Live Nation's COVID refund policies. Responses have ranged from a class-action suit, which was filed by a frustrated fan who'd bought tickets to see two Rage Against the Machine reunion shows, to five members of Congress who are demanding that the Department of Justice and the Federal Trade Commission launch an immediate investigation into allegations of "potentially unfair, deceptive and anti-competitive practices."

Meanwhile, back in Die Antwoord, the South African duo is making headlines again, after being dropped "by mutual agreement" from the U.K.'s ALT+LDN festival lineup. The decision follows a series of complaints from other festival performers about a viral video of Yolandi Visser shouting homophobic slurs at a tourmate. Ironically enough, it was the same leaked video that resulted in the cancellation of their first House of Zef Tour. (Dates for the latest rescheduling of this outing, by the way, have been announced.)

In related news, Bitcoin is now worth seven times what it was in the spring of 2019.