What's in a name? Everything. 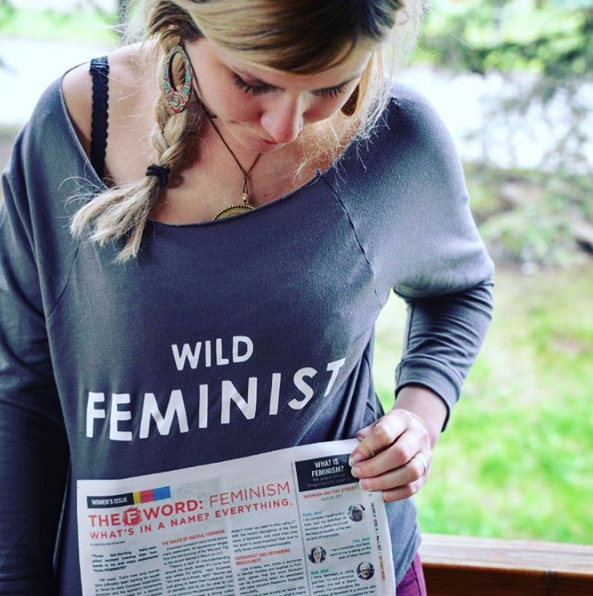 "Those bra-burning, hairy-arm-pitted women! Leaving their husbands to try and make statements! Those FEMINISTS!"

180 years. That's how long women have (officially) been fighting for equality. Since its early European incarnation, feminism and the women's movements have been responsible for: a women's right to vote, work, divorce and choose. Thousands of women (and men) pounded the streets, protesting for change and got it. Yes, we've come a long way, but feminism is still misunderstood by the masses, feminists are still chastised and labeled as radical, and the F word can be more polarizing than the word fuck.

But why? And should we reframe?

"If you're championing for equal rights for all, then why not call it Egalitarianism?"

The word feminism is used over egalitarianism because the goal is not to take rights away from men, but rather to improve the status of women. According to women's rights advocates, the women's liberation movement and hence, feminism, deserve its own word in order to highlight the inequalities that are still present to this day.

"You got your rights, what ELSE do you want?"

The roots of radical feminism

Feminism comes in many forms and in many statements. Its appearance ranges from the bra-burning of the '60s and '70s to the recent Women's March on D.C.

"There's a lack of misunderstanding around the word, where it's come from and where it's going," says Stuermer, "It's seen as a threat, right? 'Women are just going to leave their husbands' kind of mentality and so on. So what do you do to minimize the perceived threat? You ridicule. There's been a strong cultural inheritance about the word feminism that has followed it throughout recent decades, so much so, that many women fear being called a feminist because it must mean they must be a butch, hairy-armpit-wheelin' woman hell bent on burning men at the stake. Not true. Yes, applause is given to the statement makers — those are needed, but a feminist is anyone that believes in equality for all."

"Back in the day, if you were called a feminist, you were automatically a bra-burning, pro-abortion radical," says Judy Stiegler, former Oregon Democratic House Representative. "I think it's polarizing because it gets wrapped around with other really contentious issues, like abortion for example. But no one's pro-abortion! You're pro-choice. You believe in the woman's right to choose to do what she wants to her body. So feminism has unfortunately been tied to these movements that tend to polarize, but that doesn't mean we need to stop using it." With the recent resurgence of the third wave of feminism, now more than ever, the word is more important than ever to unify those working toward equality.

Lisa Knisely, who holds a doctorate in Gender Studies and teaches in Portland, agrees that the word feminism can be polarizing when it's associated with other people's freedoms. Especially masculinity.

"There's a real anxiety for some men, that they don't quite know what it means to be masculine or be manly anymore," Knisely says. "With gender studies, it gives tools to reframe what our new form of masculinity is. You do have to realize that people, including men, are deeply invested in their identities. By acknowledging the investment men have in their masculinity, truly listening to them and their anxieties — it's a first step in creating respectful and equal identifies for them that are equal to women."

She points to Donald Trump's "Make America Great Again" slogan as an example of the complicated identities and current backlash. "It shows a type of nostalgia towards a type of masculinity that some people think has been lost. Perhaps hinged on more aggressive or dominant behavior. And so, saying OK, you don't have to be anxious about the loss of that masculinity but instead there's this redefined masculinity that can be more appealing to everyone, and to you, is one way to go about it.

"Men are figuring it out however, I can see it in the urban areas as they struggle to figure it out. In a way it needs to come from men to other men."

Reframing Feminism: If you believe in equality for all, then you are a feminist.

If you support gay rights, trans rights, minority rights, religious rights, disability rights, reproductive rights and all the differences that make us human, then you are a feminist. In the end, feminism strives to end prejudice, discrimination and oppression of people that surpasses just gender. It challenges status-quo thinking about what we've been taught regarding traditional roles and the value of certain groups.

Incorrectly, feminism is not "against men." Its aim is to free us from the traditional definitions of gender, sexual orientation, class and race. It encompasses rights for all and helps us stand up against oppression and demand justice — and who wouldn't want to champion that?