Gardening is a conversation with the earth. The gardener does something, and the earth responds via the outcome. If you plant a tomato seedling upside down, for example, the earth will happily swallow it, thereby ending the discussion.

A new dialog starts every time the gardener sows a seed or does anything to disrupt the status quo, even something as mundane as digging up last year's beds. Like any language, a garden dialectic grows to reflect the landscape, complete with regional variations. When I lived in the New Mexico hills, a seasoned farmer told me to begin planting when the lilacs leafed out. That advice saved me a lengthy conversation with the earth. Farmers, unlike most gardeners, do this stuff all day and are fluent in these things. 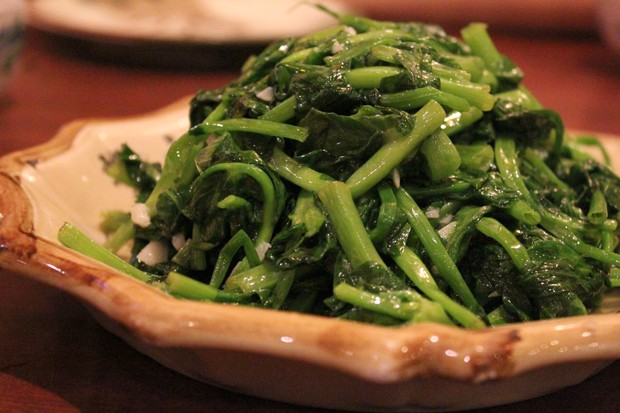 Some farmer friends of mine begin the annual conversation with a handful of peas. It goes like this: As soon as the soil thaws, you plant some peas. You don't have to soak the peas overnight first, like I usually do when I plant for real in order to jump-start the germination process. Just plant the peas and see how the earth responds. They may sit there for a week or two, but when they finally sprout is when you plant your peas for real.

Planting that first handful of peas in a bare, brown field can be a lonely experience. It's the feeling of being slightly early to the party, a feeling top gardeners know well. But you and your plants don't want to be too early, or they might get nipped by a late frost. Or too late, on the other hand, because then you will spend the rest of the season playing catch-up. Late-planted peas in particular won't reach pod-bearing age before they wilt in the heat of summer. By planting a test handful of peas, you dial in the timing for the whole garden. When that first handful sprouts, it's game on. Soak the rest of your peas, and start building a trellis. Maybe plant some spinach, too, which grows happily at the foot of pea stalks.

The pea pods themselves are not the only reason to grow peas. Many of the vendors at my local market sell pea shoots by the bunch throughout the season. They add crunch to salads, complexity to instant ramen, and cute curls when wilted atop anything hot. In a stir-fry, which is my favorite way to eat them, those pea shoots are delicate and savory. And unlike the peas grown for their pods which can only be planted during that tight spring window in time, it's never too late to plant pea shoots.

Altogether, you could do worse than to go all-in on peas, right about now. Grow them for peas, grow them for greens, and grow them to keep your finger on the pulse of the garden.

How to grow pea greens

Pea greens grow fast and are high in protein and vitamins A & C. It's definitely worth planting more peas than you think you'll need, just to have a little crop of these delicious sprouts. Rather than paying a lot of money for a little envelope of dried peas, if I can I'll instead pick up some dried cooking peas in the bulk bins of my local grocery store. They sprout just fine – just remember to eat them for the greens, and not to expect any sweet peas. When I do order pea seeds, I buy the largest envelope I can find.

Begin by soaking the pea seeds for about 24 hours. They should swell and turn a little green, and start to look a little bit alive.

Work your pea spot, or arrange a container that drains, filled with potting soil. Make sure the soil is perfectly moist.

Sow peas in a dense layer, so thick that they almost touch but none atop another. Cover the peas in another layer of soil, compost or potting mix. Water again. For the next few weeks, keep the soil moist but not swampy.

When they are about 4 inches tall — about three weeks — your pea greens are ready for harvest. They will be tender to about eight inches tall.

For the recipe and instructions on pea green cultivation, follow the link:  arilevaux.com/peas-in-earth/.

Related If You're New Here: Gardening in the High Desert: For those coming from warmer climates, growing food or flowers can be daunting—but doable