When Michael Cox first took the plunge last spring, quitting his day job and opening his own family-run business, Peace of Mind Customs, he didn't know that his bread and butter was going to be custom food trucks. 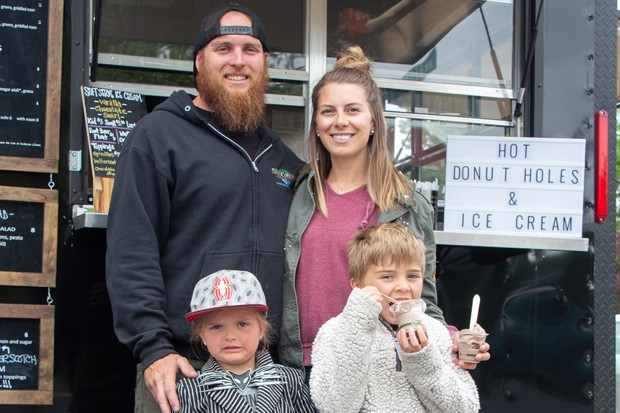 After a fire wreaked havoc on Thailandia food cart while it was still stationed at The Lot, a friend of Cox's who was working on installing new refrigeration equipment for the food cart recommended Cox to remodel the trailer. After Thailandia relocated to The Podski and the remodel began, it didn't take long for other requests to roll in from the neighbors.

"As I'm remodeling, everybody around the food lot of The Podski came," says Michael Cox. "They're talking to me and they're like—hey, can you do this? Can you fix this?"

Rich Winiarski, the owner of Big Ski's Pierogi, was one of those neighbors.

"I pulled him aside and said, 'listen—this is what I want done. Do you do this stuff?' And he's blown up ever since then," says Winiarski. "I probably recommended him to a dozen other food trucks."

Bringing in professional plumbers and other service calls can be expensive, says Winiarski, and can sometimes take weeks. That's where it pays to have a guy who specializes in food truck repair and customization.

"It's amazing that he found the time for us —a lot of food cart guys, you know, we're not made out of money," he says. "You can't be closed for more than a couple days with a food cart. So that's why Mike is doing so well is he's there for us, and I appreciate that."

Within a matter of months, and mostly through word-of-mouth marketing, Peace of Mind Customs has serviced carts at River's Place, The Bite, On Tap, GoodLife, Wild Ride Brewery, Boss Rambler Beer Club and the Facebook campus in Prineville, in addition to The Podski.

"I became 'food cart guy' out of nowhere in like three months," Cox says, laughing.

The Cox family aims to build custom trailers to be as versatile as possible, like installing plumbing that's compatible with stationary and mobile setups, and sourcing their construction materials and appliances from local businesses. A custom trailer can take two to three weeks and it's truly a family endeavor—built entirely by Michael and his wife Abby, with a little help from their two children, Riot and Emery. They're currently working on their third fully customized food cart and have six more projects lined up. 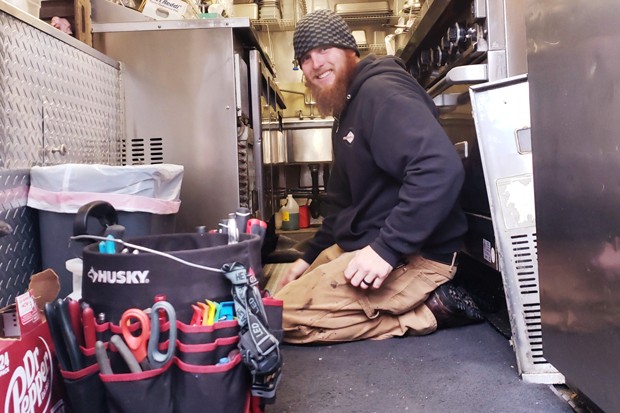 The process starts with sitting down with a cart owner and figuring out how to make things like full-size appliances and sinks fit while keeping the flow of a commercial kitchen.

"You don't just walk into a busy brick-and-mortar building and start cooking food," says Michael Cox. "No, there are various rhymes and reasons to why it goes from left to right. I've got to implement that and copy it into a truck."

In addition, trailers manufactured in other states often need to be modified to adhere to local health code standards, he says.

"We truly believe that kind of stuff should be done regionally because it is so different," says Abby Cox. "There's a huge supplier in Texas, there's one in Georgia, but it's all so different and tailored to where they're at."

And while food trucks have been their main focus, Peace of Mind Customs wants to broaden their audience to the West Coast, designing trailers for all kinds of mobile businesses, from hair salons to florists.

"Commercial space has become more expensive for everyone, it's not just food," says Abby Cox. "You're going to see more people branching out into mobile businesses."