The Frogurt is Also Cursed | The Source Weekly - Bend, Oregon

The Frogurt is Also Cursed

Child's Play reboot steals too much

I realize that most of the people headed to see the reboot of "Child's Play" aren't really going to care about this, but indulge me in a quick rant about the state of remakes, sequels, reboot-quels, pre-makes, re-imaginings and se-boots. 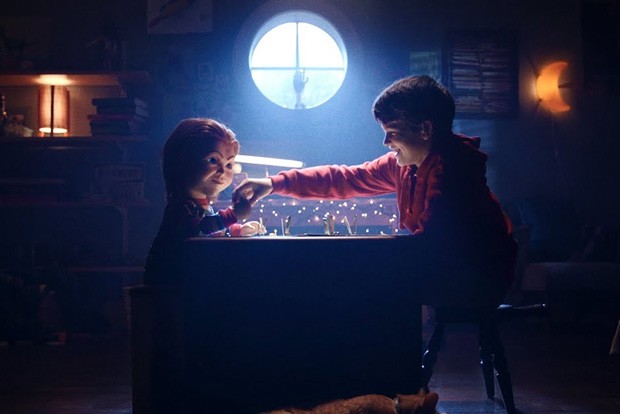 The original "Child's Play" came out in November 1988 and focused on a mortally wounded serial killer named Charles Lee "Chucky" Ray who's chased by police into a toy shop. Chucky performs a voodoo spell on a Good Guys doll and shoots his soul into it as his body dies. Voiced by the incredibly versatile actor Brad Dourif across seven films and three decades, the "Child's Play" franchise has definitely had its ups and downs.

The entire franchise has been written by (and the last three films directed by) Don Mancini, the actual creator of Chucky. The last of Mancini's "Child's Play" movies ("Cult of Chucky") came out in 2017 and was actually pretty great, adding depth to the mythology and tying all seven movies of the series together in an interesting way. In fact, "Cult of Chucky" and the entry preceding it, 2013's "Curse of Chucky" have the highest Rotten Tomatoes scores of the entire franchise.

So now we have "Child's Play," a reboot of a franchise that's still going strong, yet has zero creative input from Don Mancini. Instead, the film is written by first-time feature writer Tyler Burton Smith and directed with zero style by Lars Klevberg. The difficult thing about all this: Klevberg and Smith have made a super fun killer doll movie that's not remotely a "Child's Play" movie.

With a cast featuring April Ludgate herself—also known as Aubrey Plaza—and "Atlanta's" Brian Tyree Henry, we already have more talent than the film probably deserves. The great Mark Hamill doing the voice of Chucky is downright inspired, but this version of "Child's Play" doesn't care about what came before.

This could have been the launch of another extremely successful franchise about murderous smart houses and knife-wielding robots without moral guidance, but instead they used the name “Child’s Play” to cynically wring a few more dollars out of an existing brand name. tweet this

The doll is evil because the Vietnamese sweatshop worker who built it turned off its non-violent and moral settings after getting fired. There's no Charles Lee Ray in this new version, so there's literally zero reason for the killer doll to be called Chucky. And because the ideas are so goofy and satirical, the film is never intense or scary for even a moment.

At the same time, the movie is filled with great gore and dripping with sarcasm. Everyone knows they're making a killer doll movie, even as the creative team can't really decide whether it's a horror movie or a horror/comedy. The film has lots of ideas about what we as humanity would owe to artificial intelligence and how much we let Alexa control our lives, but mostly it just wants us to giggle at the cute evil doll.

This could have been the launch of another extremely successful franchise about murderous smart houses and knife-wielding robots without moral guidance, but instead they used the name "Child's Play" to cynically wring a few more dollars out of an existing brand name. Stupidly, they redesigned Chucky so he doesn't even have the crossover appeal for people who still care about the Mancini movies.

I love killer dolls and I especially love Chucky, but this "Child's Play," while brain achingly, stupidly entertaining, came off an assembly line, just like the titular doll. And also like the doll, the film is hollow, soulless and desperate to be loved.