The Fuss with Phylos

The company started as a testing lab and a cannabis database. When they announced they'd start doing plant breeding, the industry erupted with anger. Josh Jardine sits down with Phylos' CEO to hear his side

Since April, the cannabis world has been reeling in response to news from Phylos Bioscience, about whose innovative "Galaxy" I have written in the past. The Galaxy is aimed at being "the world's largest database of hemp and cannabis genetic insights featuring thousands of heritage and modern varieties from over 80 countries," according to Phylos' website. 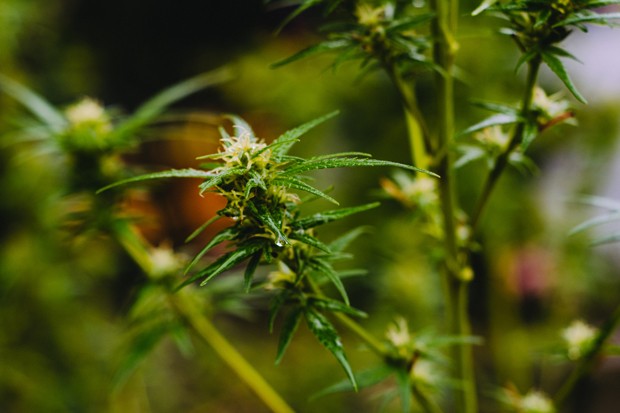 The announcement that launched thousands of enraged Instagram comments, severed partnerships, and calls for boycotts? The one stating that Phylos is entering the cannabis-breeding business. That news might seem innocuous to those outside the industry, but for those inside, many considered it to be a betrayal—with some worried that Phylos would use the data users submitted for the Galaxy project to assist in its new breeding endeavors.

One domino to fall after that announcement was the closure of the Open Cannabis Project, which, as Director Beth Schechter explained, "started as a project of Phylos to 'protect' heirloom varieties from overbroad patents as cannabis transitions into a legal market." On May 6, Schechter announced that OCP would be shutting down at the end of May, writing on Medium, "For those of us who were brought into OCP as it separated from Phylos, we came on board because we sincerely believe in protecting small growers and breeders during this crucial transition to a legal market. We also feel we have been deceived."

The internet went into meltdown, and the choruses of outrage and accusations led Phylos to be booted from their highly visible and sizable role as a partner in the Cultivation Classic, an event which already had a small but vocal number of detractors. Organizers announced they were cutting all ties to Phylos immediately. Days later, East Fork Cultivars said they were ending all work with Phylos, including a planned hemp breeding project.

Phylos released its own lengthy statement explaining their new endeavor and apologizing for the manner in which that news was broken, which made so many craft cannabis growers feel they had been lied to.

On May 10, I sat down with Phylos CEO Mowgli Holmes for an hour-long interview, which far exceeds the space limitations of this column.

I asked, "Is Phylos stealing the plants of the growers who submitted samples of their cannabis plants for inclusion into the Galaxy?"

Holmes replied, "We didn't steal their plants, we don't have proprietary access to their data, and we also didn't use that data for our breeding program because it's actually not the right data to help you with plant breeding. So, the whole commercial tests that we offered to customers, the Phylos genotype test, it produced this dataset that was very small and limited and public, and it was not something that could help with a breeding program."

I also asked him about people's enraged reactions, and the shock when Phylos made the announcement that they were entering breeding.

"The hardest part about this has been that intensity of the anger out there...based on the fact that people feel threatened. When the dust clears, people will find out that we are really, really dedicated to that community, and we're not going to let ourselves be a negative force. We're going to make sure that we are a positive force," said Holmes.

"We've had on the website since 2016 that we were doing breeding with customers...we've been breeding, not ourselves, not our own plants, but with customers since 2016," he continued. "We announced to many of our customers in December or January that we were thinking about going down this path, and that we are moving towards that direction. But we announced in April publicly to the general public that we were opening a breeding facility."

"We didn't take their data (and) we're not going to be competing with them in the way that they think. But we did use the testing business to develop all the infrastructure for doing plant breeding...that's absolutely true. The thing about it that doesn't fit with the perception out there is that we were totally open about that. We just went through this transition as a company. We were a testing business, but for three years we've been building a plant breeding business and we've been doing it openly. It's just that we believed—and this is the evolution part—that if we had made it clearer, I think a lot of this wouldn't have happened."