The Future is Now

As 2020 dawns, a professional "futurist" looks at what the next decade has in store

Steve Brown, aka "The Bald Futurist," makes a living figuring out what the future will look like. No crystal balls, no tarot cards, no tea leaves. As it turns out, being a futurist has little to do with telling the future and everything to do with examining current trends and using them for strategic planning. 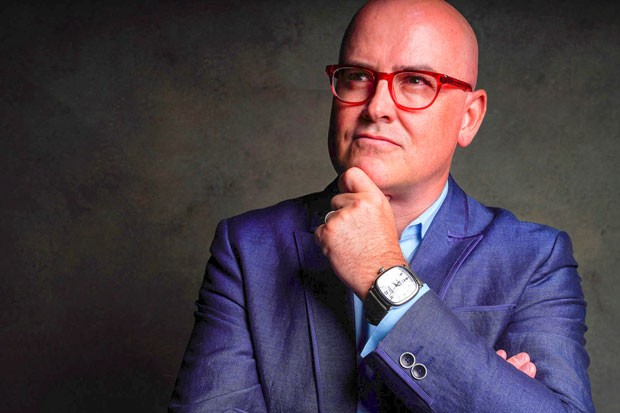 "I don't sit in a dark room and smoke peyote," Brown confirmed. "I help companies think through using technology in ways that will help them."

What will the future look like? Spoiler alert: we'll finally get flying cars.

"They'll be very expensive to begin with," he said. "But over time, the price margin between autonomous cars and what I call 'dumb cars' will drop significantly. By 2030, the price difference will be so minimal that there will be no reason to ever purchase a 'dumb car' again. By 2040, the majority of the cars on the road will be autonomous." Not only will cars be self-driving, but they'll offer different services, Brown suggested. "Cars will shift from a product you own to a service you use."

What you want to do during transport will determine what kind of autonomous vehicle you buy. Want to watch movies? Order a Netflix car. Enjoy eating hamburgers while stuck in traffic? Go for a McDonald's car (or a Whataburger car, or an In-N-Out car...). As cars become more autonomous, they'll also become more eco-friendly—most being electric, zero-emission cars. But three-dimensional? "There are so many traffic problems surrounding 2-D road networks," Brown explained. Tesla has been talking about developing autonomous vehicle tunnels, and several major companies—including Airbus and Boeing—are working on developing passenger drones. "It's not some kind of sci-fi, 'Meet the Jetsons' thing. There are between 20 and 25 viable companies. The first services will go into business in the 2020s. Yes, we will have flying cars within the next decade." Uber is already working on developing 'Uber Elevate' (working title). Rideshare, meet ride air.

This is going to be an exciting decade; this is a really exciting time to be alive. —Steve Brown tweet this

Brown also looks at the future of retail. "Retail has been in a lot of trouble for the past 10 or 15 years," he said. He explained that there are now two main types of retailers: the fulfillment-based model and the experiential model. "Retail split into two worlds, and everyone in the middle doesn't have a place anymore," he explained.

With fulfillment-based stores, think Costco or Fred Meyer. Get it cheap and fast. Experiential retailers are more experience-focused, such as any of the customer service-forward boutiques in downtown Bend. i.e, "welcome, please enjoy this complimentary craft beer while you shop for a new flannel!"

Over the next decade, people can expect the closing of many more middle-of-the-road retailers (like Payless and Nine West). Brown confirmed that technological advancements will support both models. He mentioned how digital price tags will begin supporting digital shopping lists. Imagine creating a digital list, walking into an aisle and having the tag beneath the product on your list immediately illuminate. "Grocery shopping can be stressful," he said. "We'll begin using technology more to our advantage, to make everyday experiences easier and more enjoyable."

A hot topic of conversation has been the ways in which the workforce will change. Some are concerned that robots will begin taking over basic jobs—and there's reason for concern.

"For some people, it will change for the worse. But for many people, it will change for the better." Brown shared that "truck driver" is currently the top job in all 50 states. Within the next decade, artificial intelligence will begin automating a lot of this. "Artificial intelligence will be great at driving trucks across the country," he explained. "But they won't be able to safely drive in cities. What will happen is, truck drivers will drive from cities to hubs, where the AI will take over. This means that truck drivers will have less work, but they'll be able to go home to their families every night."

With technology rapidly advancing and machines becoming more and more intelligent, it can be easy to shy away from the future and cling fast to what is familiar and safe.

"It's very easy—we live in stressful times—it's easy to be overwhelmed and feel a lack of power. You know, 'The future is coming, get the children inside.' It's important to keep in mind that we all build the future together. It isn't 'happening to us,' we're all a part of it. I urge people to ask themselves, 'What's the future you want to build, and what's the future you want to avoid?' This is going to be an exciting decade; this is a really exciting time to be alive."