The Future of Film

I don't want to call it too early or anything, but I have a sneaking suspicion that 2022 might be our best year in film since at least 2018 when we had masterpieces from filmmakers such as Paul Schrader ("First Reformed"), Boots Riley ("Sorry to Bother You"), Lee Chang-dong ("Burning") Lynne Ramsay ("You Were Never Really Here") and Yorgos Lanthimos (The Favourite"). Some of the filmmakers who (most likely) have movies coming out this year haven't been heard from in a while and some just never disappoint, so count me extremely optimistic for the state of cinema over the next year. With all that said, here are 22 movies I'm entirely too hyped for coming this year.

2/4 "Jackass Forever" I've grown up with these fearless man-children and I can't wait to see them destroy themselves for our pleasure. The amount of laughter from this movie will be so cathartic. 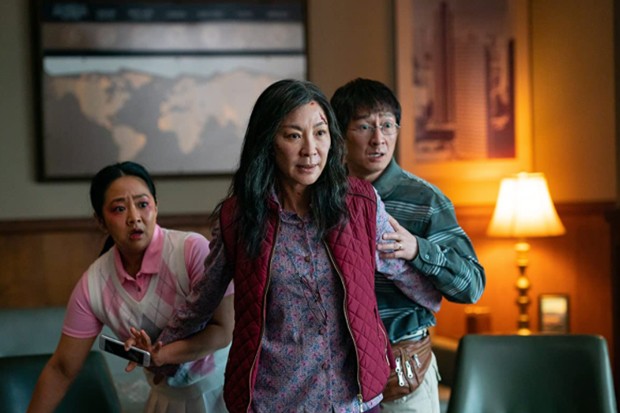 3/4 "The Batman" Director Matt Reeves elevated the "Planet of the Apes" franchise into something truly meaningful, so I'm excited to see his vision of Batman as a mentally unstable detective hunting a serial killer Riddler. Grim Dark Knight.

3/25 "Everything Everywhere All At Once" Michelle Yeoh starring in a bonkers sci-fi martial arts mind-f*ck from the filmmakers who brought us "Swiss Army Man!" Shut up and take my money.

4/22 "The Northman" Epic Viking mayhem from Robbert Eggars, the director of "The Lighthouse" and co-starring Bjork. Bjork! I just got you to say Bjork in your head three times.

5/27 "The Bob's Burgers Movie" Don't know what it's about other than it's a musical and I'm so excited I want to throw up.

7/8 "Thor: Love and Thunder" Taika Waititi has a lifetime pass from me, so I'm there for anything he deems worthy of showing us. All the Guardians of the Galaxy are in this, too!

7/22 "Nope" There's no information about the story, but this is a new horror flick from Jordan Peele, so I assume it's going to slap. Plus, this was shot on 65mm!

9/23 "Don't Worry Darling" Olivia Wilde directed the hell out of "Booksmart," and she's following that up with a psychological thriller starring Florence Pugh and Harry Styles. Does more need to be said?

10/7 "TÁR" The only thing I know about this is that it's Todd Field's first movie since 2006's brilliant "Little Children" and that it stars Cate Blanchett, but luckily, that's all I need.

11/18 "She Said" Director Maria Schrader tells the story of the journalists who broke the story about Harvey Weinstein's sexual misconduct allegations. This should be a powerhouse.

12/16 "Avatar 2" My body and mind are ready to accept James Cameron's long-delayed sequel to that movie that reminded me of "Fern Gully."

12/25 "Babylon" Brad Pitt, Margot Robbie (playing silent film superstar Clara Bow!) and director Damien Chazelle have my trust. No idea what the story is, other than it's a tale of the early days of Hollywood.

TBA "Bardo" Alejandro González Iñárritu makes his first film back in Mexico since the 2000 game changing "Amores Perros" and it's a comedy, which will be nice since "The Revenant," and "Birdman" broke me.

TBA "Women Talking" From brilliant Canadian actress and filmmaker Sarah Polley comes this drama focused on an isolated community of Mennonites in Bolivia. With a cast featuring Frances McDormand and the always wonderful Jessie Buckley, this should be incredible.

TBA "Decision to Leave" South Korean auteur Park Chan-wook has made his first movie since 2016's incredible "The Handmaiden" and it's a mysterious romance about a cop and a femme fatale. His films are always breathtaking.

TBA "White Noise" Noah Baumbach takes on what was thought to be an unadaptable novel by Don DeLillo and puts Adam Driver in the lead role. The book was a mind-blower and Baumbach is on a roll since "The Squid and the Whale," so it wouldn't surprise me if this was an awards contender.

TBA "Blonde" Andrew Dominik ("Chopper") is a brilliant filmmaker and this four-hour look at the troubled life of Marilyn Monroe might be his masterpiece.

TBA "Bones and All" So, the filmmaker behind "Call Me By Your Name" is doing a cannibal romance starring Timothee Chalamet. That is all.

TBA "Crimes of the Future" A new David Cronenberg film is worth rejoicing over, but the fact that it's his first hard sci-fi flick since 1999's "eXistenZ" is entirely too exciting.

TBA "The Stars at Noon" Claire Denis ("High Life") is one of the finest directors in history and her new film is based on a novel by the late, great Denis Johnson. This should be stunning.