The gas tax wouldn't have killed you. 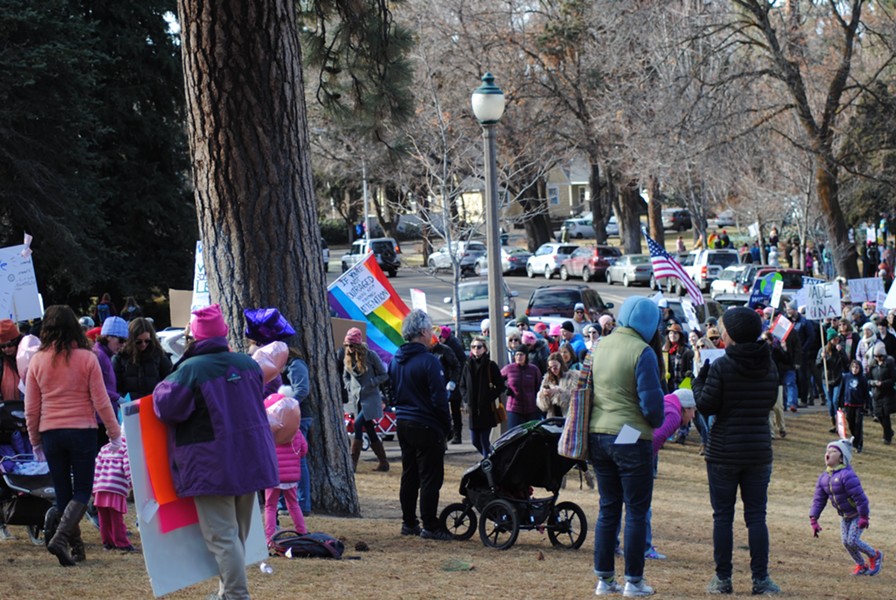 If there's one thing people like to complain/lament/rage about in Central Oregon (besides tourists and newcomers), it's traffic and roads. It's such a salient issue here, that we've devoted an entire issue of the Source to this important topic this week. If you want to know where the City of Bend and other entities are going with future transportation improvements, check out this week's Feature, "Who's Driving?"

If you want to know where things stand right now in terms of the experience of people trying to be pedestrians in Bend, check out this week's Outside story, "Sidewalk Talk." Here's a quick preview: walking or otherwise being a pedestrian in Bend is something quite short of marvelous. In some places, it's downright dangerous.

And that, dear readers, brings up a point that can't be understated: the funds that pay for things like sidewalk improvements (or construction), fixing potholes and adding roads to cut down on traffic are lacking. Why?

Yes, that sweet, sweet cannabis cash is now flowing in, but it's a drop in the bucket compared to the $250 million in new construction needs reported necessary by Bend city councilors. tweet this

The revenue streams necessary to adequately fund these items are lacking. Yes, the City of Bend "found" the money to pay for street improvements and fixing potholes following last year's harsh winter—but you shouldn't assume that means the City has extra cash. That pot of money was accessed by creatively spending down reserves, with the idea that fixing roads now would be cheaper than fixing them later—thus saving the City money in the long run.

But again, that doesn't mean the City is flush. Revenues coming from the state are limited by the number of people paying property taxes—in other words, by the number of people who own homes in the area. As more homes are built in the area, that pot of money does grow—but not fast enough to cover the great needs of a growing city with a need for new roads in the outlying districts. Without another form of revenue at the state level, don't count on more funds from that direction. Yes, that sweet, sweet cannabis cash is now flowing in, but it's a drop in the bucket compared to the $250 million in new construction needs reported necessary by Bend city councilors.

So what else is there? Well, there was that gas tax that voters rejected in 2016. Those funds would have been locally-gathered and locally-controlled, and would have offered the people of Central Oregon a way to garner funds from visitors passing through and using our roads. A gas tax isn't the only way to bring in new revenue, but it made a lot of sense, when the only other clear alternative is raising property taxes and putting infrastructure burdens only on locals.

To turn complaints and ire into progress, we sometimes have to look beyond the standard knee-jerk reactions and stop rejecting all notions of tax increases as assaults to our humanity.