The Glory Days of Flying

From vomit cleaner to budding pilot in the days before WWII

One day, back in West Haven, Connecticut, in 1941, living on my grandfather's farm, an Aeronca "Flying Bathtub" came swooping over me. I was helping my uncles and grandfather bring in the hay on a sweet summer day, and the last thing I thought would happen was a buzz job by that pot-bellied flying machine. 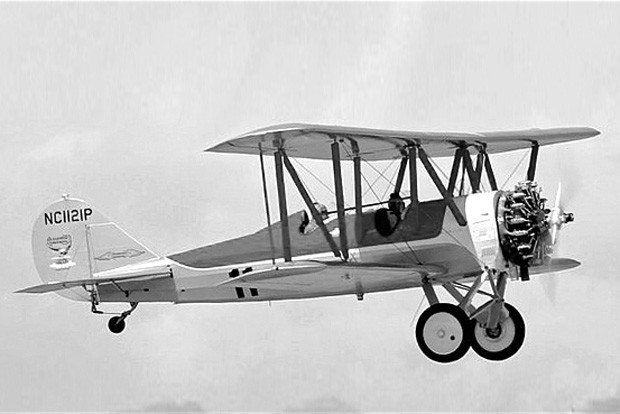 "Wow! What's that?" I asked my Uncle Harry, and he answered, "Oh, that's Red Hall from the H&H airport," and waved to the plane as it came by for another pass.

"Red Hall? H&H Airport?" I thought. Those thoughts were still there when I dropped into bed, exhausted after pitching hay.

That was just before WWII broke out. I was 13 years old, and I had a paper route, delivering the New Haven Register to families on my bicycle.

The next morning, with that "Flying Bathtub" still in my thoughts, I climbed on my bike and set off for the H&H Airfield about 5 miles away. I rolled onto the airfield, where biplanes were parked in a row near the road, with a big sign next to them reading, "Airplane Rides." I spotted the Aeronca tied down near the big hanger with other planes.

I leaned the bike against the hanger, and as I walked by the yawning opening I heard, "...Yeah, but if I'm going to keep hopping rides I gotta' find somebody to clean the puke out of the Eaglerock; it's gettin pretty stinky."

"Show me," another voice said. I followed the two guys out to the flight line where three Eaglerock biplanes were parked. One guy climbed up on a lower wing and the other climbed up on the other side, then both stuck their heads over the front cockpit.

"Phew!" one of them said. "That's pretty bad!" They discussed what had to be done to get rid of that mess, then walked back to the hanger, with me behind them.

That's when they noticed me. "Whadda' ya' need kid?" Without hesitation I said, "I'd like the job of cleaning the puke out of your airplanes."

And that was when airplanes entered my life. I scrubbed puke out of that big, front cockpit, seats, safety belts, floor, sides (both inside and out), control cables, struts, frame and fuselage skin—and took out my wages in flying time.

About the need to do that nasty job: There were a lot of unemployed airplane people after WWI came to an end. That war was the beginning of airplanes in American society. As a tool of war, they were an amazing success, and that success was quickly tamed and came roaring into the business world.

One of the aeronautical engineers of that period, Al Mooney, a bright, up-and-coming airplane designer, came up with a biplane design that the newly formed Alexander Airplane Company thought was a winner. They purchased Mooney's design, named it the Eaglerock and sold it to people starting out in the airplane business for around $2,000 each. Piloted by ex-WWI pilots, they started hopping rides at airports all around the U.S.

The concept of airplane rides was a new business and took off like a rocket (pardon the pun). Every town and city that had aviation on their minds had an airfield. Eaglerocks and other designs appeared. Saturday, Sunday and holidays became big business days for airplane rides.

If the passengers were apprehensive about flying, the pilot usually didn't know it, or even care; all he wanted to do was get into the sky, land again and take off with two more passengers. If the pilot was skilled at aerial warfare he immediately made steep turns and performed some mild aerobatics, which, as you can guess had a very upsetting impact on the passengers.

In my case, cleaning puke out of the front cockpit of that beautiful Eaglerock biplane was no different than cleaning out the barn of cow manure. tweet this

The result was a sudden and complete upheaval of the passenger's stomach contents, and at times, even the loss of consciousness. By the time the aircraft was back on earth some degree of recovery came to the passengers and they departed the airfield—some never to return—leaving the contents of their stomachs for the pilot to take care of.

All this meant that kids like me, who wanted to fly, had their job cut out for them. But, in my case, cleaning puke out of the front cockpit of that beautiful Eaglerock biplane was no different than cleaning out the barn of cow manure.

Consequently, I became a student pilot. One afternoon my instructor, Red Hall, was teaching me the skills of coordinated flying in crosswinds in a Taylor Cub, having me fly back and forth across Jones Hill Road in a crosswind. I had to bank slightly when going one way and bank steeper to maintain the same distance from the road while going the other way.

After I got the hang of it, the drill became somewhat monotonous and I noticed Hall taking a nap in the back seat. I kept at it and in so doing approached the farm. As I flew closer, I saw my grandfather coming out of the barn. The barnstormer in me took over and I turned the Cub right at Grandpa with the thought of giving him a buzz job.

I was so intent on watching my grandfather I didn't realize Red had come to life until I suddenly heard him shout, "What the *@#* do you think you're doing!" He put in full power and pulled back on the stick in front of him, and as we climbed out the whole barn suddenly was right in front of me. The wheels bounced off the roof as we skimmed over it.

Red never gave the aircraft back to me, and never said a word until we landed back at the airport; then he let me have both barrels. "You stupid..." and he went on and on, finally finishing off with..."I'll never fly with you again!"

Well, he did, eventually, but I had learned my lesson and never again knowingly took an aircraft into a place that wasn't safe. Well, I tried not to—but hitting that DC line on top of the Bonneville power tower with the Citrabia doesn't count. I was filming a news story....