The Good Kind of McCarthyism

"Life of the Party" balances heart with laughs 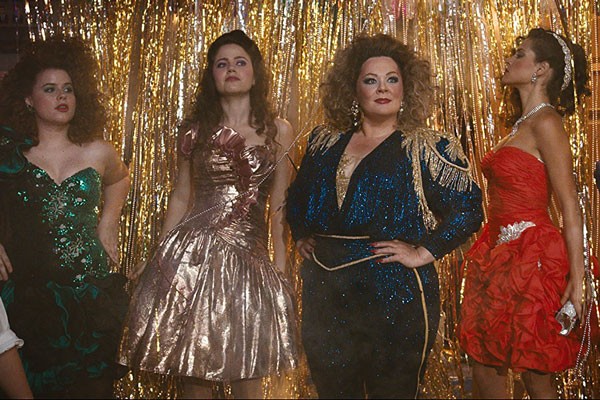 "Life of the Party" is not a cool movie. There's so much schmaltzy heart that almost every conversation is either a pep-talk or a declaration of love, yet somehow, it works. The film coasts on Melissa McCarthy's charm and a stacked cast of comedians including Gillian Jacobs, Maya Rudolph, Stephen Root, Julie Bowen, Matt Walsh and Chris Parnell, all adding to the movie's dorky heart.

McCarthy plays Deanna Miles, a housewife dumped by her cheating husband as they drop off their daughter, Maddie, for her senior year of college. When Deanna got pregnant two decades earlier, she dropped out of college during her senior year to raise her child. Now, her newfound independence sends her back to school to finally get her master's degree.

As much as I liked McCarthy in the new "Ghostbusters," her turns in "Identity Thief" and "Tammy" were so grating and caustic that this is a nice reminder how much fun she can be when she's playing likable characters. Her last genuinely funny movie, "Spy," worked so well because we were rooting for her character and not irritated by her constantly abrasive demeanor.

Deanna strikes up a friendship with most of the women in her daughter's sorority, yet it doesn't feel as contrived as it could. They're friends because they like each other, not because the story dictates they should be. While the film has its convenient contrivances, it never cheats when it comes to the relationships.

There are several conversations about women raising up other women and moments that actively combat the idea that women will always be catty to each other. There's something deeply refreshing about a lowbrow comedy taking not only a feminist view, but also managing to pack in big laughs.

Not all of the jokes work and the third act is a mess, but by then I was so fully won over by the film's good nature that it was hard to really care that much. Maybe I'm a soft sell after the painfully awful "Super Troopers 2," but any comedy featuring Gillian Jacobs as a college student who just awoke from an eight-year coma, on top of a fun and goofy-ass dance battle, is already hitting several of my comedy sweet spots.

Many modern comedies feel they have to throw in some drama at the end to give our beloved main character one final bit of adversity to overcome, but filmmakers should realize that we're already won over by the movie's warmth and the silly jokes by that point and just want to spend more time watching everyone be stupid and adorable. We don't need last minute life lessons or some corny studio-mandated moral. Instead, filmmakers should trust in the jokes to carry the day.

While "Life of the Party" might be painfully dorky in many of the right ways, it's just a nice change of pace to see something so fully committed to being good-natured and sweet. So many modern comedies are desperate to seem post-modern and edgy that it's nice to spend 90 minutes around people who couldn't care less about seeming cool. This is ugly Christmas sweater comedy, and I love it.