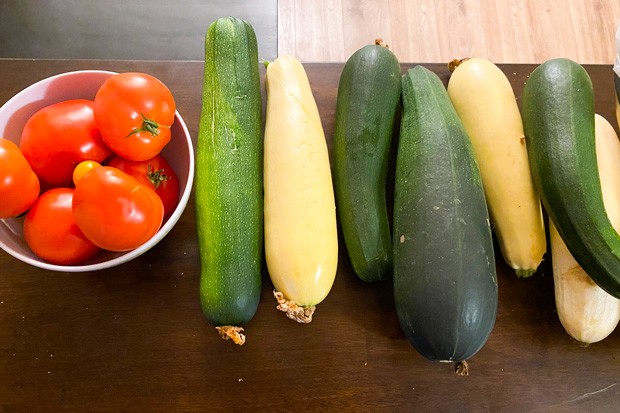 A few weeks back, I tried to find a new home for an errant rooster that had accidentally made his way into my backyard flock. Turns out, giving away livestock is against Facebook rules, and my request was removed from a local Facebook group where I posted it.

Facebook may have played a hand in helping influence the last presidential election by allowing misleading ads to proliferate, but giving away a chicken? Heck, nah.

But rather than focus on all the political fervor that continues as we approach yet another presidential election, this is intended to focus a bit on the positive side of social media, by way of some of the groups using it.

Started in 2013 by Stacey Kent, who lived in Prineville, and joined later that year by Tessa Neill, who had started her own gardening group, the initial vision for Central Oregon Gardeners was, "to not only create a fun and friendly place to get the specific information for our bipolar weather, but to gather the members in real life," according to a document on the COG group page. What started out as a group for a few hearty Central Oregon gardeners who wanted to prove you could actually grow food in the high desert has turned into a group of over 5,800 members, some who live in other far-flung high desert areas.

"I was in a volatile domestic violence situation, and building the group gave me a sense of worth and purpose. Plants and growing gave me hope for life when I thought mine would end," Kent told the Source. "It is impossible to think about your past, present, or future while gardening. You can only see the beauty, pull the weed or plan the next place for that flower." 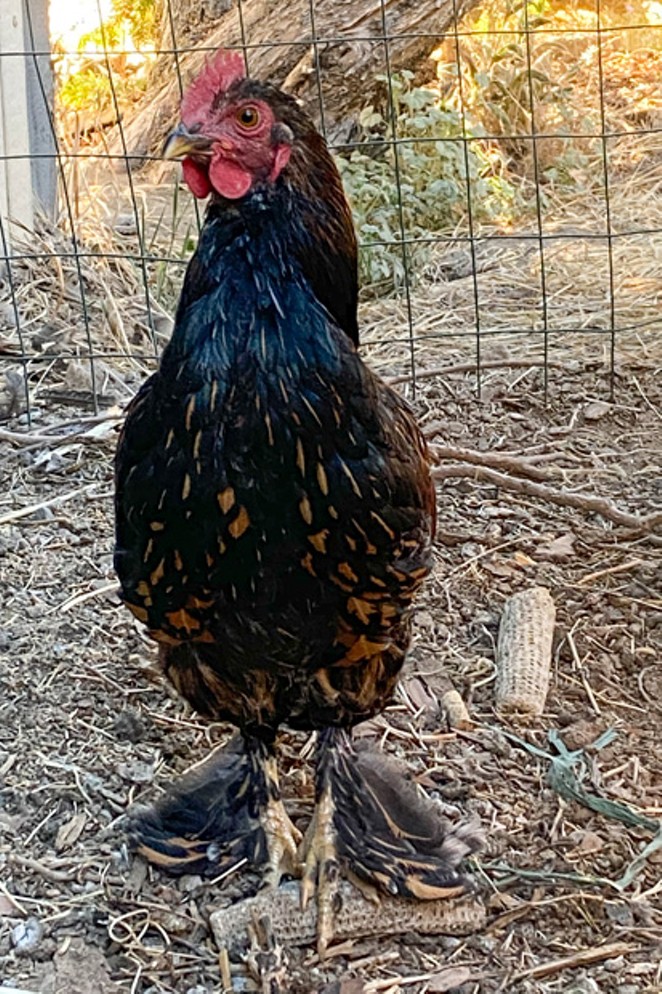 The recent pandemic has inspired a lot more people—some with more time on their hands, and perhaps the addition of financial concerns, to turn to growing their own food. Oregon State University, seeing the uptick in desire for information about growing food, even made some of its Master Gardener curriculum free at the start of the pandemic.

Neill of COG says the group, too, saw growth in group membership due to the pandemic—but said that group numbers have been steadily on the rise as the local population grows. COG members post photos of pests or problem areas in their gardens, and quickly get responses from any number of fellow group members. If someone has more of something than they need—such as an overgrowth of a certain type of plant, for example—another member is likely to swoop it up.

"I've seen members lose all the plants they started and other members offering to give them some starts," Neill told the Source. "We've seen members get really defeated about the challenges of growing in Central Oregon, and members are quick to offer encouragement to keep going."

Around 2015, COG began a seed swap, and then added plant swaps. In addition, "More and more members are stepping up to offer events teaching about their passion, what they do that works, etc.," Neill said.

The last time we mentioned Pandemic Partners, it was a new Facebook group that had exploded in size, connecting people who had things with people who needed things during this global pandemic. As its group description reads, "It's simple - if you need help, ask. If you can help, respond out of the goodness of your heart."

Since its creation, by Morgan Schmidt, pastor at First Presbyterian Church in Bend, the Pandemic Partners "brand" has expanded beyond Bend: Groups now exist specifically for Redmond (2,300+ members), South Deschutes County (700+ members), Sisters (900+ members) and Jefferson County (780+ members)—and it's now a nonprofit with its own website sharing resources and a "starter kit" of sorts for those interested in "crowdsourcing kindness."

Is this possible without social media?

While Congress continues to debate whether social media giants should be treated like publishers—who are subject to rules and regulations that govern what they can and can't say (truth in advertising, for example), group leaders using Facebook as a vehicle believe it's the intention of the group—not the method by which the information is delivered—that really moves things along.

Before the Facebook group, Kent said she got the word out via other means.

"In the beginning I did a lot of Craigslist ads, local paper, like the (Your) Round Up, and flyers at businesses. I talked to everyone I could get to listen, too," Kent said.

It's tough to say whether a group like this would have gathered so many members were old-school community bulletin boards, rather than social media, its gathering point, but as Neill puts it, if social media didn't exist, Kent would have made it happen somehow. "That's how she rolls," Neill said.

Thanks a Bunch, Zuckerberg: Facebook was originally developed to keep people connected – however, according to some Bend locals, the social media platform is better at driving people apart

Facebook is the biggest social media platform worldwide, with over 2.7 billion monthly users. Despite its global popularity, numerous studies have been conducted on the mental health implications of the social site, examining just how detrimental Facebook can be when it comes to our psychological well-being. A study published in the academic journal, Computers in Human Behavior, titled, "A systematic review of the mental health outcomes associated with Facebook use," found that regular Facebook use was associated with six main outcomes: addiction, anxiety, depression, body image issues, alcohol use and other problems. This is just one of numerous studies pointing to the negative outcomes of ongoing social media engagement. 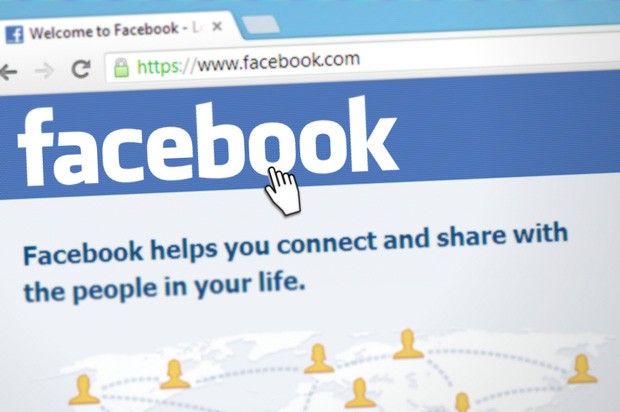 Personally, I had to take an extended break from social media shortly after the coronavirus pandemic turned political. The blatant divide between "maskers" and "anti-maskers," "Trumpers" and "libtards" and "sheep" and "herders" (herd immunity activists, to be more specific) was enough to drive a quarantined person to drink (excessively). It was difficult to stay unengaged unless the apps were uninstalled entirely. Social media had become so ugly and hateful that it was starting to take an emotional and mental toll.

For some, like Bend local Sandy Klein, social media took an even more menacing turn in recent times. After undergoing a significant interpersonal trauma involving her husband, she began receiving extensive backlash from some local people. Even before that, she decided to get rid of one of her two Facebook pages to avoid the constant conflict.

"The political climate is the worst right now, and it's really bringing out the worst in people in my opinion," said Klein. "It goes way beyond just having an opinion or sharing news. So many times, when a news article is shared by someone, left or right, it quickly turns toxic. There was one instance I can remember; someone asked a genuine question and was looking for a genuine answer, and I responded. But as soon as I answered I was viciously attacked and called a racist. That part drives me crazy, that a person can express themselves without being attacked like that. With everything that I've been going through, you know, that makes me feel like I have to keep it all to myself."

Bend local Griffin Michael added that discussing politics on Facebook was driving a clear wedge between people. "I had a man threaten to give my business bad reviews on Google in order to ruin my business because we had differing opinions on politics. He looked at my Facebook page and said, 'I see you're divorced... your wife couldn't even stand your pathetic ass,' and even went on to say that he hopes my kids die from COVID. I was like, 'Whoa! I've never met you in my life. You say these things based on what?' It made me sad; not just because of what he said about me, but just about how vitriolic and vile he became. There are people out there wishing harm to others based on a disagreement. I don't think that happens so easily in real life. Or maybe these days it does? I don't know." 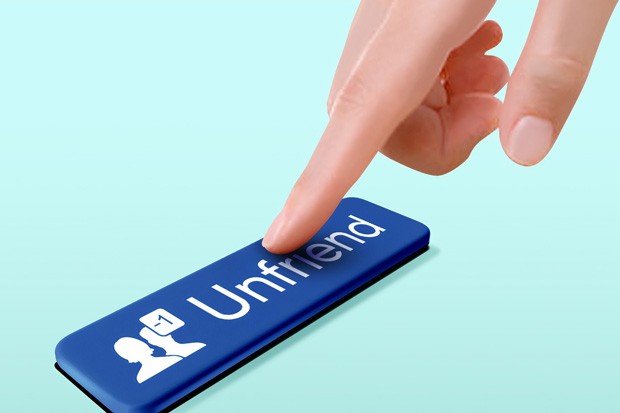 Klein agreed that there was a disconnect between online interactions and in-person interactions. "It's far easier to be hurtful to someone on social media, whether you know them or not. It's more difficult to have conversations face-to-face."

To the same point, Michael continued, "I think through algorithms and echo chambers we are losing touch with our humanity. There just seems to be less room for nuance when everything is a meme or a jab. Someone told me one time that they thought I was a great dad based on my Facebook page. I replied, 'Well, yeah, I don't post pictures or videos of me being an asshole.'"

"Cancel culture" has become another prevalent social media-based trend. The phrase refers to the practice of withdrawing support from a person or organization after some allegedly offensive or objectionable behavior comes to the surface. Klein noted that she had experienced "cancel culture" firsthand after undergoing her familial issue. "People were so quick to pass judgement or call me names," she said. "Everyone started canceling me. I wanted to fight back sometimes, but I know doing so would only make things worse, so I stick to posting puppies and kittens. I also experienced the "lynch mob mentality" firsthand. I was surprised by how unsafe I felt at one point and how quickly things on Facebook escalated. People were making threats, wishing awful things on me and making up stories just to drive the point home. I really felt unsafe there for a little bit."