The grief that does not speak | Local News | Bend | The Source Weekly - Bend, Oregon

The grief that does not speak 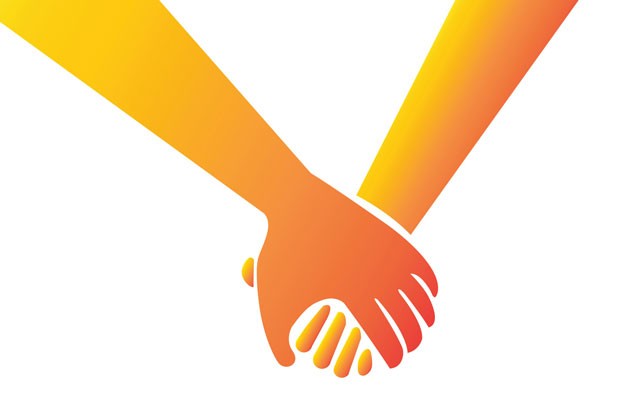 Imagine you're 70 years old. Or 80. Maybe your spouse has just passed away from chronic illness, leaving you with mountains of medical debt on a remote property in the outskirts of Crook County. Many of your friends have passed away, and without any of your children nearby to help with daily chores or grocery runs, the dishes pile up. You barely eat. Maybe you never had children. Isolated, you grieve for your partner—but basic necessities come first. You're out of options.

For 12 years, Angela Jensen worked as a grief counselor for Partners in Care hospice in Bend. A social worker by training, she counseled surviving spouses and family members of the departed—something she says was very difficult to do given the extenuating circumstances that many older adults find themselves in after losing a partner.

"You can't do grief counseling for someone who has just lost half their income," says Jensen. "They don't have a driver's license—because [their spouse] always drove—and they live in La Pine."

This is the reality for a growing number of Americans. The average life expectancy in the U.S. grew from 68.2 years in 1950 to 78.8 years in 2015, according to a report from the Centers for Disease Control and Prevention. A 2010 Pew Research study on baby boomers found that 10,000 Americans turn 65 years old every day, a trend that will continue through 2029.

According to the 2010 U.S. Census, 15.5 percent of Oregonians are age 65 and older. By 2020, that number is projected to increase to 20 percent. Central Oregon's numbers are even higher, with 23.6 percent in Crook County—one of the highest in the state.

The issues that older adults face are unique to their demographic and often mental health care providers are not equipped to address them adequately. Oregon has the fourth-highest rate of senior suicides in the U.S., according a 2018 America's Health Rankings report. In the past four years, suicides increased 21 percent from 20.7 to 25.1 deaths per 100,000 adults age 65 and older. In more rural parts of Central Oregon, that rate increases to over 27 per 100,000.

Jensen was hired in August 2015 as a full-time contract employee with the Central Oregon Health Council, where she works as an older adult behavioral health specialist. She fills one of two full-time positions in Central Oregon, funded by the Oregon Health Authority's Older Adult Behavioral Health Initiative, a state-funded effort to improve caregiver training and accessibility to services for older adults and adults with disabilities.

Workforce development includes finding out the needs of caregivers, ranging from Meals on Wheels staff to doctors and orderlies, and training them to better address the unique needs of seniors. For example, the substance abuse screening questionnaire that many doctors ask patients to fill out before a checkup aren't detailed enough to identify complex scenarios, the specialists say.

"The questions that they ask don't always translate for the older adults," says Jensen. "Four ounces of wine per night may be nothing for you and me, but if you're on 12 to 13 different types of medication, it is—and most people can't pour a four-ounce glass of wine."

Another challenge for adults suffering from Alzheimer's disease or other forms of dementia is that behavioral health care traditionally doesn't cover seeing a therapist for degenerative brain diseases, since they aren't cognitive disorders—even if they disrupt cognitive functions.

The fastest-growing segment of Oregon's population is age 85 and older. The second fastest growing is 100 and older, according to a report from Portland State University's Institute on Aging. Crook County has the largest population of individuals 85 years and older in Central Oregon.

Of the 22,000 people in Crook County, about 10,000 live within the city limits of Prineville, the only incorporated city. That leaves around 12,000 people living in unincorporated towns and beyond scattered throughout the county.

"They are tucked away, they are isolated, they are those farmers and ranchers that are stuck in the canyon," says Jensen. "They moved there, maybe a decade ago, never realizing that maybe they'd be diagnosed with some sort of chronic condition."

According to a study by the Oregon Health Authority, Crook and Deschutes counties have higher suicide rates for adults 65 and older than Oregon overall. As of the 2010 U.S. Census, 23.6 percent of Crook County's 20,978 residents are age 65 and over. The suicide rate for adults 65 and older is 27.3 per 100,000 in Crook County—the Oregon average is 22.9 and the U.S. average is 16.6, according to a 2018 report from the United Health Foundation.

"With these incredibly high numbers in our own backyard, we have folks who are so isolated, or can't get to resources, because of transportation and finances," says Jensen.


"A 22-year-old would say, 'Yeah, help me off this ledge. But an 88-year-old says, 'I'm not suicidal, I just—I don't care anymore and my doctor says I should call you." —Angela Jensen tweet this

While the hotline has been around for 45 years, the new partnership brings outgoing call services to Central Oregon, allowing seniors to receive regularly scheduled check-in calls at no charge from trained staff and volunteers at the Friendship Line.

The Friendship Line webpage, housed on the Institute on Aging website, leads with a quote from William Shakespeare, resting underneath a welcoming orange banner: "Give sorrow words; the grief that does not speak whispers the o'er-fraught heart and bids it break." Underneath that, in all caps, "CONNECT TODAY."

The toll-free hotline is the only accredited crisis line in the country for individuals 60 years and older, according to the Institute on Aging website, as well as for adults living with disabilities. The 24/7 hotline was created by Dr. Patrick Arbore, the founder and director of the Center for Elderly Suicide Prevention and Grief Related Services, an Institute of Aging program based in San Francisco.

The outbound call program is by referral and entails trained staff and volunteers making outbound calls to individuals who request emotional support, well-being checks or crisis intervention. The service is new to Central Oregon and is free for anyone 60 and over or any adult with a disability. People can request up to seven phone calls per week. Friendship Line staff will be able to connect Central Oregon residents with mental health resources near them, if needed.

"It's meant to be easily accessible and convey a sense of warmth and connection," says Jensen.

If a volunteer answered and asked an older adult if they were calling because they felt suicidal, says Jensen, they would likely hang up the phone because they don't associate their feelings with depression.

The staff and volunteers screen their callers for things like loneliness, suicidality and depression and may ask if they can call back the next day or week to check in.

Doctors, caregivers and other members of the Older Adult Advisory Committee can also refer individuals they feel would benefit from regular calls from the Friendship Line.

The unit is currently made up of three officers. In addition to Lawrence, that includes Kecia Weaver and Jake Chandler.

Lawrence says CRT has partnered with the Central Oregon Health Council to educate members of the community about the Friendship Line, along with sharing the referral program with patrol officers. She says the Older Adult Advisory Committee is working together to find solutions to issues facing Central Oregon's 65 and older population.

"These issues may include guardianships, affordable housing, mental health issues including undiagnosed depression, isolation, loneliness and gap in services," said Lawrence. "Dr. Arbore, who founded the Friendship Line, found that older adults did not call the 24/7 crisis line because they didn't believe they were in crisis or should tie up the resources."

A 2016 survey by the Area Agency on Aging found 46 percent of 804 region-wide respondents reported either currently, or recently, experiencing one or more mental health issues, such as feelings of isolation, anger, frustration and loneliness.

Crisis Response Team members have each completed a 40-hour Crisis Intervention Team training, with a goal of training every officer on the force.

"Although dementia and Alzheimer's are considered neurocognitive disorders, recent changes in mental health protocol allows MCAT (Mobile Community Assessment Team) to assess for immediate threat to self or others," said Lawrence.

In her work on the CRT, Lawrence says common circumstances that lead to the crisis situations she has responded to for the older adult population are varied, but have included: chronic illness or death of a spouse, isolation from family and friends, undiagnosed cognitive/depression issues that lead to delusional behavior—such as being spied on by neighbors or thinking that food purchased or brought into their home is poisoned and unsafe to eat.

The Friendship Line and education about services available to seniors and disabled adults in Central Oregon is available at ioaging.org.