The Hand That Rocks The Ladle and From Adhere to Eternity | Advice & Fun | Bend | The Source Weekly - Bend, Oregon

The Hand That Rocks The Ladle and From Adhere to Eternity

I'm a 57-year-old twice-divorced man. Though I never wanted to get to a point where romance wouldn't be in my big picture, I'm feeling done with it. I've replaced dating and getting married again with gourmet cooking for one. I'm really enjoying it, but it worries me. Is it okay to be done? 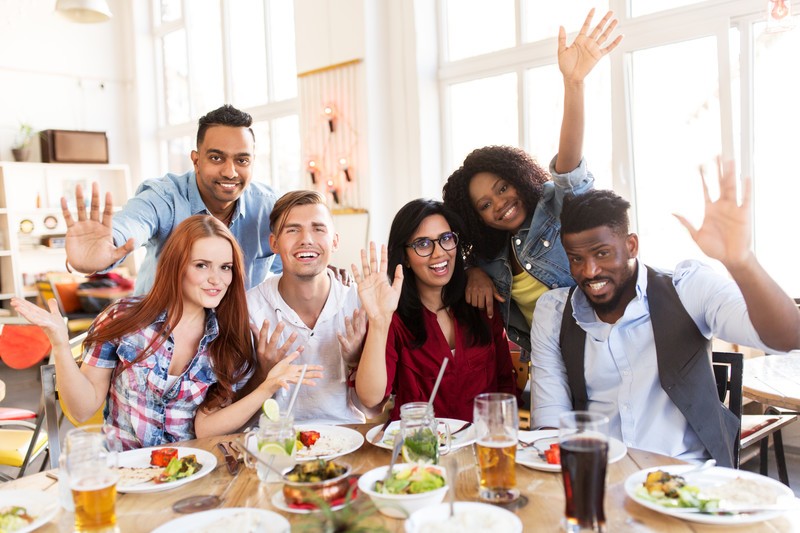 Well, according to some research, married people do live longer. However, that's sometimes just because they were unsuccessful at killing each other.

There's this notion that your life is pretty much a black chasm of nothingness if you're without a "significant other." Psychologist Bella DePaulo blames this thinking on what she calls "the cult of the couple." DePaulo, who researches the elements of being satisfyingly single, marvels at "the strange implication" (in a paper by noted marriage researchers) "that people without a stable sexual relationship are wandering adrift with open wounds and shivering in their sleep."

Though we humans evolved to be interdependent—people who need people—we don't have to be sleeping with those people on the reg for them to count. In fact, having good friends and close acquaintances you can rely on is associated with a whole bunch of physical and mental health benefits, including better cardiovascular health, increased happiness, and decreased stress and depression.

Interestingly, research increasingly suggests that providing social support may be even better for you than getting it—psychologically and physically. A study co-authored by psychiatrist Randolph Nesse on elderly people who regularly did generous acts for others in their lives is one of a number that find an association between being a "giver" and increased life expectancy. Conversely, Nesse theorizes that the rising tide of depression in our society has roots in how disconnected many of us are, leading to a deficit in the level of kindness we evolved to give and receive.

Well, you're set up perfectly to extend yourself for others—like by handing them a plate of your gourmet chow. Consider using your newfound love of cooking to bring a social circle together around your dining room table. Invite friends over every Friday or so to dine or even help you make dinner. The cool thing is, before they arrive, nothing's stopping you from whispering the same seductive thing you would to a woman: "So...what are you wearing?" The turkey: "The same little paper socks you put on me an hour ago, stupid."

From Adhere To Eternity

I'm a 42-year-old woman, and I've been dating the guy in the town house next door for two years. I love him, and I'd like to get married, but he has always taken me for granted. My friends say I'm too available. Yes, I'm always there for him, always picking up the phone or texting back right away, etc. Why is this a bad thing? I'm loyal and caring. Also, I'm not sure how I could be less "available" when he lives next door.

Being neighbors is so convenient: "Hi...could I just borrow your stepladder until tomorrow and your vagina for, like, an hour?"

Unfortunately, being ready, willing, available and conveniently located is not exactly the launchpad to romantic longing. Consider that the restaurant everybody wants to go to is the one where getting a table requires Hollywood connections plus selling two-thirds of your soul to bribe the maitre d'. The food there might not be substantially better than that of the bistro up the street. But exclusivity—how tough it is to book a table—elevates the apparent value of a place.

There's a related concept in relationships, "the principle of least interest." The term was coined in the 1930s by a sociologist, Willard Waller, and it describes how the person who has the least interest in continuing a relationship has the most power over it. (Modern research by sociologist Susan Sprecher supports Waller's theory.)

Sadly, your boyfriend most likely has a set opinion of your value, so your chances of getting more appreciation from him are probably blown. Still, it's important to note that in a relationship, you don't have to keep up the "least interest" gambit forever; you should just hold off on being full-on loyal and caring till you have somebody who's inspired to do that for you, too.

Ultimately, it's important to work on yourself so you'll be "hard to get." But before you get to that point, you can act "as if"—like by setting an alarm for four hours and returning texts then instead of 8.6 seconds after they hit your phone. It's sure to be seriously difficult at first. But you could probably get into a balanced, loving relationship if you'd just adhere to "the principle of least interest": We pine for what's slightly out of reach, not what's all over us like an oil spill.