New holiday traditions at a Redmond elementary school confounded parents, who petitioned to get holiday celebrations back on the calendar

On Feb. 15 a parent of a Hugh Hartman Elementary student started an online petition over what was happening at their child's school. Within 48 hours the petition got over 150 signatures—quite a few considering the school only has 335 students.

The problem: the school didn't have a Valentine's Day celebration and replaced it with what it called Kindness Week. The petition connects Kindness Week with other times the school has altered or didn't celebrate holidays, and alleges that Hugh Hartman no longer allows the celebration of popular holidays and cultural events. Hugh Hartman administrators say there's no policy barring holiday celebrations, and that it is finding unique traditions for a unique school. 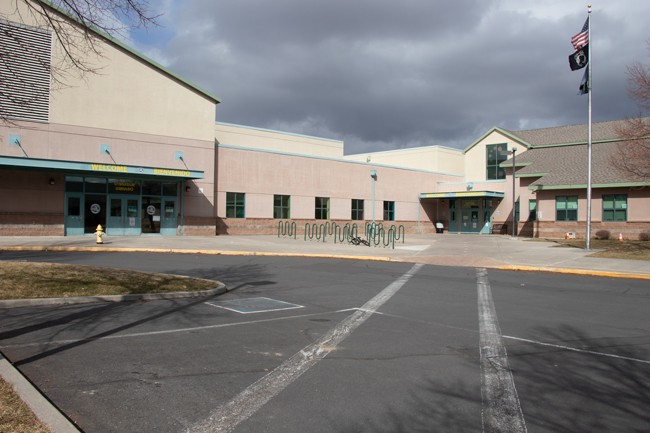 Hugh Hartman is a new addition to the Redmond School District. Opening its doors as a K-3 school in September 2020, it's adding a grade each year and will become a full K-5 by the fall of 2022. It's the only dual-language Spanish-English program in the district, and its student body is the most diverse elementary in town. Opening months after COVID-19 began circulating in Central Oregon, it's had to deal with closures, masks and protesters trying to persuade students to stage a walkout.

"They actually had a classroom card exchange last year for Valentine's. Which was really exciting, because that was the first celebration after a return to in person education last year," said Catherine Alene, a parent of a third grader at Hugh Hartman, and the author of the petition. "When I learned that it was a more far-reaching decision, I was very surprised to learn that that had not been communicated to me terribly effectively."

Alene likened it to Festivus, a neo-holiday popularized by "Seinfeld" that stripped away the commercial and jolly aspects of Christmas, replacing it with an "airing of grievances" and a wrestling match with the head of the household. The school, however, points to core values selected by parents as one of the guiding reasons for the different celebration. Before the school year, 190 Hugh Hartman families selected from a list of values to identify what they wanted to see at school. The highest ranking values are inclusion and belonging, safety, respect/responsibility, kindness and fostering individuality.

"In the case of Valentine's Day, our families identified 'kindness' as one of their top core values.  Another motivating factor was to expand the opportunities for students to share their appreciation, love and friendship to their peers and loved ones. Providing students with opportunities to design and create the cards is also empowering for children," said Lisa Burgher, principal at Hugh Hartman Elementary, in an email. "And of course, any time there is pressure for families to produce cards or candy or gifts, undue financial burdens occur and we like to minimize burdens on the family."

“At Hugh Hartman, we are still defining these traditions. There is no one way to celebrate any holiday or event.”—Lisa tweet this

"We had dress-up days that highlighted the importance of historical people. Both holidays involve dressing up and celebrating the dead which is what we did, it just wasn't labeled as such," Burgher said.

Burgher's talked to some parents about the new types of celebrations, and said that they're more amenable after the school's goals are explained. She also said that fourth graders were polled on whether they preferred Valentine's Day or Kindness Week, and it was split 50/50. A small Facebook group of Hugh Hartman parents discussed the issue on and off for the past month, with a mixed response from parents. Parents differed on whether alternative celebrations were a big deal, but most agreed it could've been communicated better.

"A lot of the things are sent out in electronic format, and not all parents are getting those. Paper newsletters sometimes come out and sometimes don't," said Sarah Miller, a parent of a Hugh Hartman student. "There's a lot of short notice for things, and I know a lot of parents have to have at least two weeks' notice that they're going to take time off to be able to attend a meeting or a function."

The principal agrees with this and says after receiving parent feedback she's looking to more effectively communicate with families. The different celebrations aren't any new policy, and celebrations have typically been up to the discretion of administrators. Halloween, for example, could include all-day costumes, no costumes, a short parade or spirit week at different schools in the same district. 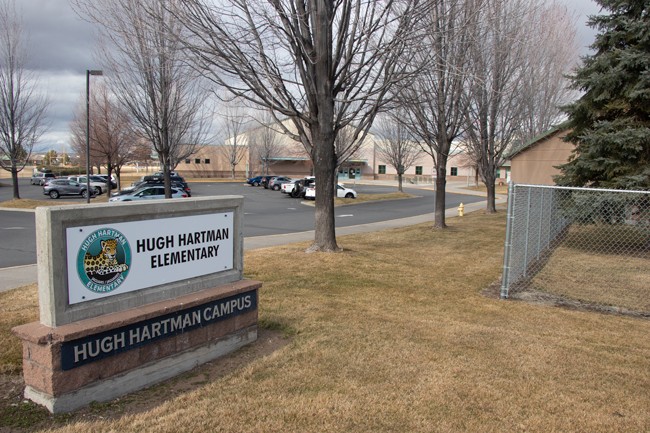 "As a district, schools obviously follow a set of like curriculum standards, but beyond that schools and administrators have a lot of autonomy about what types of events they plan," said Sheila Miller, public information officer of the Redmond School District. "They know their schools best, and they know their communities best. So we give them that freedom in determining what types of celebrations and events they want to have at their school."

Hugh Hartman, just its second year in, is still finding its identity. Burgher said children need "rhythm, routine and rituals," and that these different holiday celebrations serve the same social functions as traditional holidays. She added that the school will seek to refine and tweak holidays as necessary moving forward, after gathering and considering input.

"At Hugh Hartman, we are still defining these traditions. There is no one way to celebrate any holiday or event," Burgher said. "We prioritize linking learning to everything we do in our school, from our classrooms to our school and family events. By highlighting and teaching positive character traits for our students we are helping students to develop strong social skills and a positive self-image."