The Journey Back Om | Outside Features | Bend | The Source Weekly - Bend, Oregon

The Journey Back Om

Jails and corrections systems throughout the U.S. are referred to as "the new asylums." A 2018 report conducted by the Oregon Health Authority found that 50% of the state's prison population had a diagnosable mental illness and was in need of professional treatment.

Sgt. William Bailey, administrative sergeant and public information officer for the Deschutes County Sheriff's Office, noted that the county's jail system had been discussing yoga as a resource for inmates since 2014. "We had to work out some logistics and locate a provider," he said. "Sheriff [Shane] Nelson had wanted to get yoga into the jail for some time, and after meeting with Namapsa, they implemented a plan." 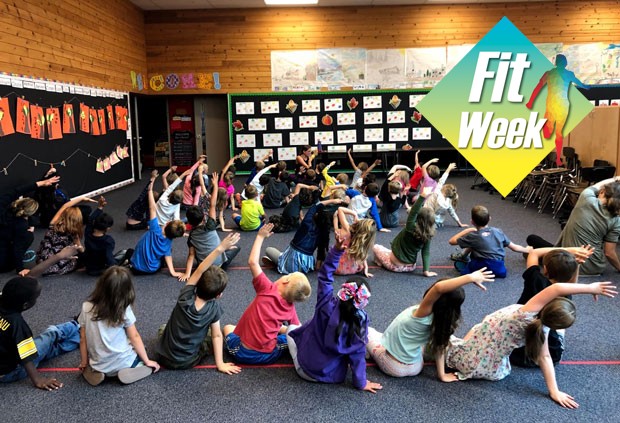 Sheriff's office officials met with the Namapsa Foundation, a 501(c)(3) nonprofit organization geared toward bringing yoga to community members who wouldn't otherwise have access. Co-founder Brandy Berlin mentioned that getting yoga into the local jail wasn't an easy process, but it showed rapid results.

"When things finally did come to fruition, we got immediate feedback from the Deschutes County correctional officers. Yoga was making a difference," Berlin said.

“Finding ways to keep the inmates busy, while reducing their stress in the jail environment, is crucial.”—Sergeant William Bailey tweet this

Because so many inmates struggle with mental health and lack the resources they need to succeed once they're released, rates of recidivism are extremely high. U.S. Bureau of Justice Statistics from 2018 showed that, "an estimated 68% of released prisoners were arrested within three years, 79% within six years, and 83% within nine years."

Yoga Behind Bars, a program based in Washington state, claims that "8% of individuals who took four or more yoga classes returned to prison, compared with a national average of 60% recidivism."

"Finding ways to keep the inmates busy, while reducing their stress in the jail environment, is crucial," Bailey said. "The classes are available to inmates even after they're released, in the hopes they can continue healthy choices and life management and work towards being successful in the community after they are released from custody."

For the first several months of the program, the jail only offered classes for females, due to an extreme shortage of male instructors. "We were a little apprehensive... Are men going to accept it because it's a little too woo-woo? But the response has been great across the board," said Berlin.

"Both males and females tell us they really enjoy the classes," Bailey confirmed. As of now, the biggest issue that the Namaspa Foundation and the Deschutes County Jail face is a lack of volunteer instructors. "The classes are regularly full, with inmates on a waiting list to attend," said Bailey. Berlin urges anyone interested in participating to reach out to the foundation for more information.

The Namaspa Foundation brings yoga to local inmates at the Deschutes County Jail and the Deer Ridge Correctional Institute in Madras—but in addition, volunteer instructors offer yoga at local treatment centers, homeless shelters and schools. "Since we started teaching in schools, teachers have been reporting that kids are requesting more yoga; more mindfulness. So that the teachers are less dependent on us, we've started training them to teach mindfulness techniques in their own classrooms. It's difficult to stay ahead of requests, because we don't do one-offs. Yoga is a practice. It won't be effective if we go in and teach one class every few months," Berlin explained.

As far as local treatment centers go, Berlin noted a growing presence. "We're in Serenity Lane, Skyline Recovery, Turning Points... we actually offer 'Fresh Start Passes,' which are given to professionals in the mental health field. They can then, in turn, hand out the pass to a client they think would benefit from 45 free days of yoga. There was a client at Turning Points that got this pass, and she's now in our teaching training program so that she can bring yoga back into the treatment center she once attended."