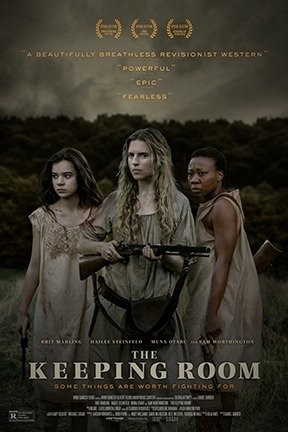 Three Southern women (including a slave) must defend themselves against rapey Union soldiers during the dying days of the civil war. Some early critics view this as a love song to a dying Confederacy and others see it as the post-modern feminist western filled with intense and powerful performances. Either way, it is one of the most talked about films of the year.

The Keeping Room is not showing in any theaters in the area.