The Latest in Cannabis News | The Source Weekly - Bend, Oregon

The Latest in Cannabis News

Cannabis beats tobacco, the downtrend for Big Pharma and more tidbits about cannabis use

The expansion of Medical and Adult Use cannabis programs across the U.S. has led to—brace yourself—more cannabis use. It's also led to more studies about cannabis use, including how it impacts the users, and what effects the growing use is having on other commodities. Here's an overview of some recent research findings. 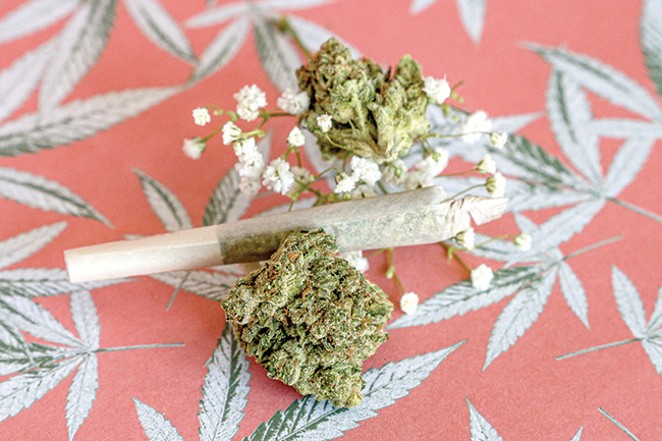 Cannabis isn't making you lazy. You are lazy

The stereotype arguably most often applied to cannabis is that it makes the user lazy and unmotivated. But a new study says that's not the case.

The study, performed by the University of Cambridge and University College London, focused on "274 adults and adolescents who reported using cannabis 1-7 times per week over the course of three months."

Researchers used four criteria, including my favorite new potential band name, anhedonia— defined as "an inability to experience pleasure in acts which normally produce it." The other three involved apathy, and the manner in which users were motivated by, and acted on, obtaining rewards.

They found that there was statistically no difference between the apathy and motivation of cannabis users and nonusers, and cannabis users actually had a very slightly higher ability to experience pleasure.

From the press release: "We were surprised to see that there was really very little difference between cannabis users and non-users when it came to lack of motivation or lack of enjoyment, even among those who used cannabis every day."

Having dealt with cannabis users for whom this does not apply, more research is welcome, as well as an examination of the improvements made to the motivation and execution of tasks when cannabis is used. Because I haven't cleaned a bathroom without cannabis in 10 years, and it's always ready for its close-up.

It's been established that when people have access to regulated cannabis, it reduces their use and interest in a wide range of pharmaceuticals—most importantly, opioids. That means fewer sales of pills, and we now have a better idea of that cost to drug makers.

There's no need to start a GoFundMe page to benefit Big Pharma just yet, but it doesn't portend good things as legalized access grows.

Three researchers have determined that 10 days after a cannabis program is established, stock market returns go down for makers of both name-brand and generic pharmaceuticals by 1.5% -2.0%.  From the paper's abstract: "Returns decreased in response to both medical and recreational legalization, for both generic and brand drugmakers. Investors anticipate a single legalization event to reduce drugmaker annual sales by $3B on average."

(That number may actually be larger, as researchers were limited to information provided by publicly held companies, which exclude entities as privately held such as Purdue Pharma, which recently agreed to a $6 billion fine for its role in the opioid crisis.)

While this isn't going to bankrupt these companies, it does account for the money and effort the industry puts toward opposing cannabis legalization.

While tobacco use has been on a steady decline over the past few decades, this year marked the first time cannabis surpassed tobacco usage.

Alcohol remains the front runner among intoxicants, with 45% of respondents reporting having had alcohol within the past week. Legal and easy access to alcohol accounts for some of this, as not every state has a regulated system for cannabis access.

But as Marijuana Moment notes, consumption of alcohol doesn't mean fully embracing it. Another Gallup poll from August 2022 finds that while 53% of respondents feel that cannabis has a "positive" effect on the consumer, just 27% felt that alcohol had positive effects on the consumer. Another 75% felt alcohol had a "negative" impact on society.