Putting on original works in small-town Bend: A Q&A with Lonely Fish Productions

Since Lonely Fish Productions was first conceptualized and created in 2014, the small-scale theater company has produced well over 20 shows. Co-founders Scott Schultz and Matthew Vigil, both Bend locals, were committed to producing shows that theatergoers were familiar with—shows such as "The Rocky Horror Picture Show" and "Heathers: The Musical." 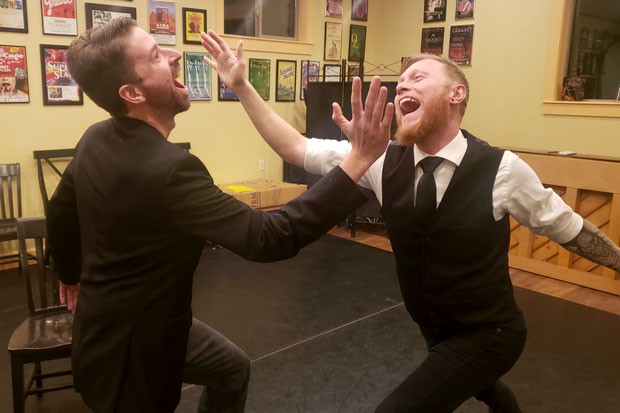 "Shows like these sell out, and regardless of how expensive the rights are, some profit is always made," said Vigil.

When it comes to original shows, however, patronage and community support is never guaranteed. As Vigil explained, that's largely due to the amount of effort that goes into marketing an unknown show in a small community. His newest show, "A PC Valentine's Day," opens Jan. 31 and runs through Feb. 15. Despite the small fact that I personally wrote, largely directed and co-produced the show, I attempted to push bias aside to interview Vigil, who explained the pros and cons of producing original work in a small town.

Matthew Vigil: This is actually the first original play we've produced. Thinking back on how many plays we've put on, it's pretty surprising, considering there's a lot of local playwriting talent in Bend.

SW: How costly is obtaining the rights to preexisting plays?

MV: It costs anywhere from several hundred dollars to $6000, which is how much we ended up paying for "Heathers: The Musical." On bigger shows, we can split the costs with another production company. For Heathers, we split the cost with Stage Right Productions, which helped a lot.

SW: What are the pros and cons of putting on an original play?

MV: The biggest pro is cost, for sure. It's also nice working alongside the writer, because we can make changes as needed. When putting on an existing, well-known play, you have to stick to the script completely. On the other hand, typical theatergoers like going to see plays they're familiar with. Original work is hard to promote. I have the freedom to promote any way that I want, which is a nice challenge. But when starting from scratch, it can be difficult to get people on board. Because the show is so low-budget, everyone bands together to build props and set pieces and design costumes. It's a really cool communal experience. 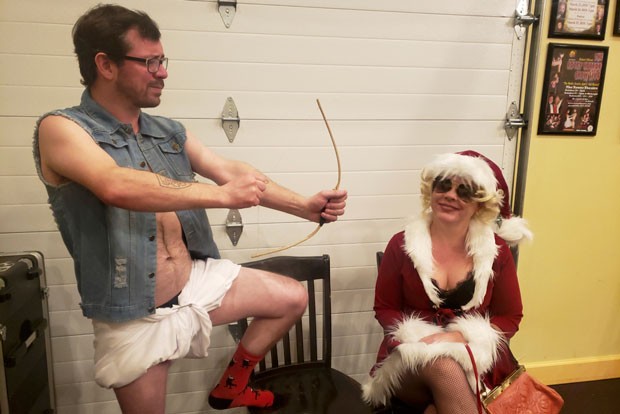 SW: Do you work with an original-friendly venue?

MV: We used to do a lot of work with 2nd Street [Theater]; it's been a challenge to find space since they closed. "A PC Valentine's Day" will be at The Capitol and 10 Barrel East. While putting on a play in a non-traditional setting is tough, we get to do some really cool, unique stuff. Our show at 10 Barrel will be a whole experience, with complimentary hors d'oeuvres, a caricature artist, live music... and of course, a full bar.

SW: Why should people come see this show?

MV: It's guerilla-style theater, but a high-quality product. We also have a lot of crossover; some stand-up comedians, some local musicians and some seasoned professionals. "A PC Christmas" and "A PC Thanksgiving" [a past Lonely Fish show] were so much fun for everyone involved, and this installation isn't any different. It's a community involved experience; everyone bands together to put on an interactive, completely original show.

SW: Writing, casting, co-directing and co-producing a completely original, unknown show has certainly been a challenge, but the support that Bendites lend to artistic endeavors is amazing. Being part of a community that fosters creative-expression and comes together to make things happen is something I won't soon take for granted.