The Long Slog Back to Baseline 🎧 [with podcast] | Local News | Bend | The Source Weekly - Bend, Oregon

The Long Slog Back to Baseline 🎧 [with podcast]

These words were a common theme among Redmond’s small business owners who have turned towards one another and the City of Redmond for support during the darkest economic times in a nearly a century. 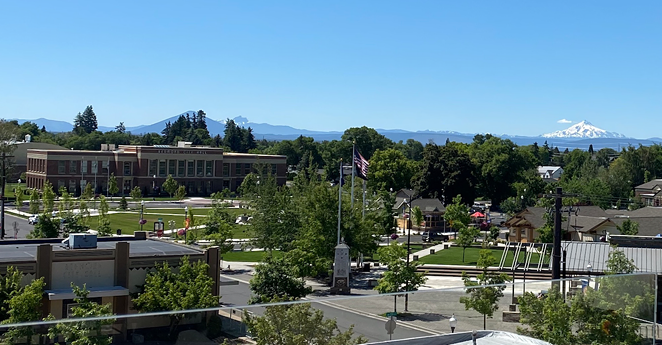 Jon Cruz, along with his wife Katie, owns HIIT Logic, a boutique gym that hosts small workout classes in Tumalo and downtown Redmond. Gyms were closed completely during state lockdowns, and when the state allowed them to reopen in Phase Two, it was under strict guidelines.

“We were hit pretty hard,” Cruz said. “My wife Katie and I worked four times as hard [over the last three months] for half the revenue.”

The Cruzs transformed their studio’s entire business model in a matter of weeks, building a new website and purchasing audio-visual recording equipment to offer live virtual classes three times a day. The key was to stay competitive not only in Central Oregon, but in the new national cyberscape of professionally produced online workouts.

“It’s a fascinating time to be a business owner,” Cruz said. “I think it’s changed the [fitness industry] model forever. To be a success you have to have the live/online model.”

When it was time to reopen, the City of Redmond supported HIIT Logic and other small businesses with the bulk of the sanitation supplies they would need to run a safe and legal operation. Cruz received a gallon bucket of sanitizing wipes. He now ends all his classes 15 minutes early to make sure every surface is wiped down.

But while a fitness or a yoga studio has the ability to shift to an online model, tourism-based businesses rely on real people coming through the door. Deschutes County’s unemployment numbers—16.3% in May, according to the Oregon Employment Department—indicate the hospitality sector’s nose dive.

Josh Lehner, an Oregon state economist, recently joined the Source for the “Bend  Don’t Break” podcast which explores the many issues surrounding the COVID-19 lockdowns. According to one of Lehner’s recent number-crunching exercises, Central Oregon is one of the hardest-hit regions of the state due to its heavy reliance on tourism, and things may only get tougher due the slowdown of this industry. Only the north coast of Oregon lags further behind.

But the occupancy rates and the testimony of industry insiders shows tourism is making a strong comeback in Central Oregon, despite Gov. Kate Brown’s orders not to travel more than 50 miles for recreational purposes. The latest data from Visit Bend counted the occupancy rate on Saturday June 20 at 85%, down only 10% from last year at this time.

Tobias Colvin, the General Manager for SCP Hotel Redmond (New Redmond Hotel) told the Source that business is picking up right where it left off. 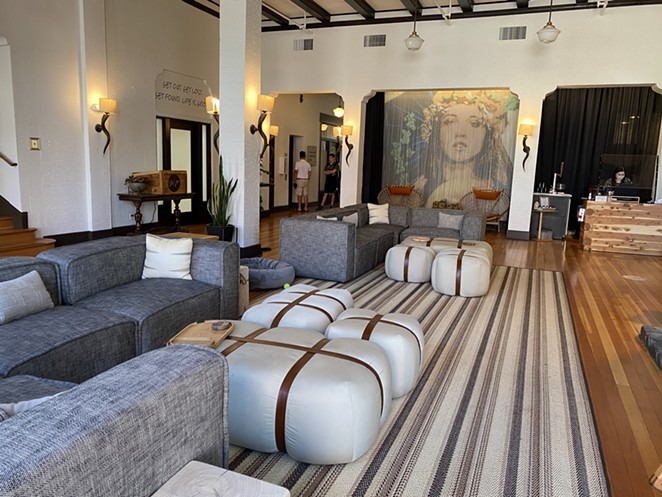 “We’re seeing solid demand,” he said. “The majority of our guests are coming from surrounding communities, as well as cities such as Portland. The local community has been great supporters as well by enjoying The Rooftop [outdoor bar] and enjoying staycations to escape the quarantine when we moved into Phase Two.”

So far, only six Redmond businesses have permanently closed, said Eric Sande, the executive director of the Redmond Chamber of Commerce.

“It’s nice to be in a small community where we can really look out for our neighbors,” Sande said. “We did a huge call out to the community, a ‘welcome back campaign’ to shop local, eat out, help keep [Redmond] strong.”

According to a national study conducted by the Harvard-based Opportunity Insights group (check out opportunityinsights.org), Redmond’s economy is faring better than Bend’s. Since January 2020, small businesses revenues in Redmond are up 8%, while Bend’s small business revenues are down between 3 and 23%.

For unemployment numbers, the Opportunity Insights researchers used data from three major payroll processors in the U.S. instead of unemployment claims. Using this metric, Redmond also appears to be doing somewhat better than Bend, with employment down by 25% since January, compared to Bend’s, down 30 to 32%.

Lehner, the Oregon state economist, sees some positive trends in the most recent data collected by his department: both consumer spending and income data showed some improvement from April to May.

“The silver lining is if we think about future growth there’s really two things to consider: how many workers do you have and how productive are they? [Central Oregon] has a lot of jobs in healthcare and professional business services,” he said.

Telecommuting is another trend in the region that’s on the rise. Lehner’s colleague, Kale Donnelly, who works for the Oregon Employment Department, showed the Bend-Redmond metro area came in fifth in the nation for the share of workers who work from home, down from second place the year before. Given both the recreational opportunities and low COVID-19 counts in the region, it may draw more people in from larger cities who are looking to escape.

Lehner forecasted that it will take four years to get back to a healthy economy. This is faster than the recovery from the Great Recession but it is still a “long slog,” he said.

“The real risk lies in what we call permanent damage. How many businesses are going to close in the months ahead?” he asked. “That first round of economic pain is still filtering through the economy. How large is the secondary impact on professional business services and manufacturing firms and the like?”

According to the Federal Emergency Management Agency, 40% of businesses do not reopen after a natural disaster hits, and another 25% fail within one year.

The Opportunity Insights study demonstrates the current recession is mostly due to a fall in consumer spending by the top quarter of income earners: credit card expenditures by this group fell by 66% by May 31, while the bottom quintile remained relatively flat.