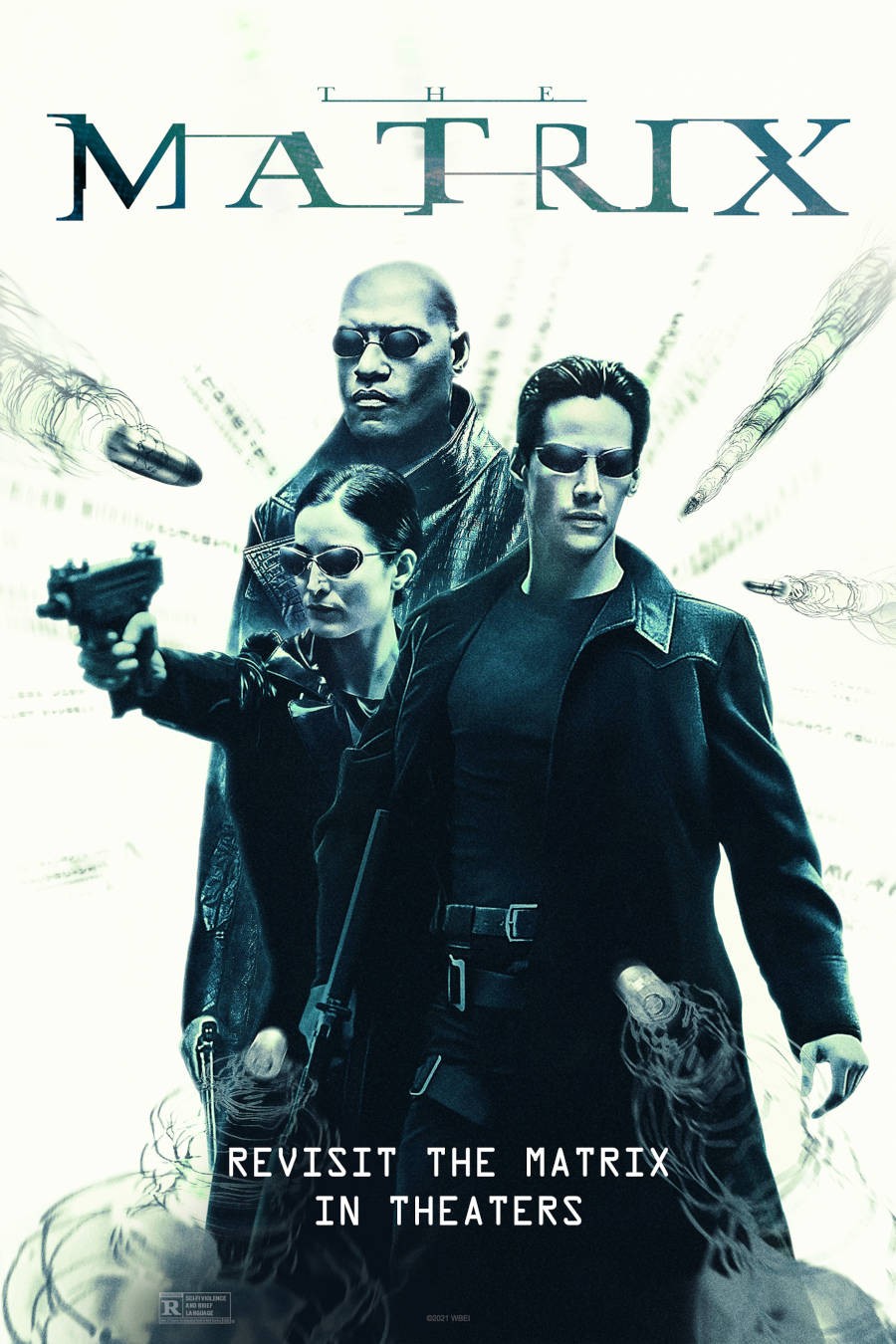 The Matrix (1999) Reissue
Computer hacker Thomas Anderson has lived a relatively ordinary life--in what he thinks is the year 1999--until he is contacted by the enigmatic Morpheus who leads him into the 'real world'. In reality, it is 200 years later, and the world has been laid waste and taken over by advanced computers who have created the 'Matrix'.
- Synopsis provided by Internet Video Archive

The Matrix (1999) Reissue is not showing in any theaters in the area.