The Moony Awards Are Coming

Local radio station 92.9 FM and Silver Moon Brewing are putting together a night of celebration that recognizes all of the great music in Central Oregon—but they need our help to decide on some winners first.

The event, dubbed The Moony Awards, will run from June 24-26 with the final night being a night of awards and recognition for Central Oregon musicians and bands. The winners of each category will be decided on by the people of Central Oregon. All people have to do is go online to backyardbend.com/vote to see the categories and make their selections. 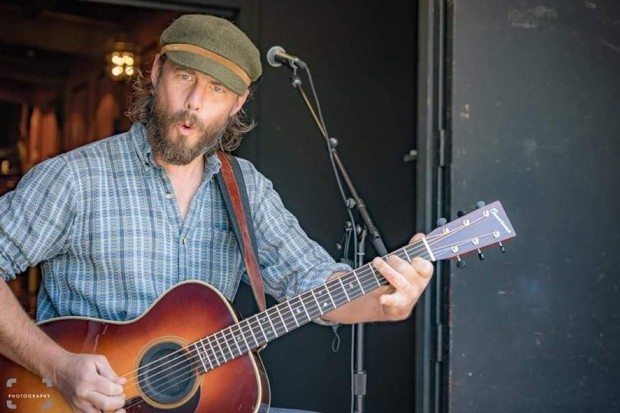 The Moonys include eight different categories with over 40 different nominees to choose from. The categories featured are Most Original Artist, Best Cover Band, Best New Artist/Band, Best Americana/Country Artist, Best Hip-Hop/Dance Artist, Best Live Band, Best Solo Artist and Best Rock Band. As someone who consumes a ton of music, it's really great to see that a variety of genres and performers in the area will be shown love for all of the great entertainment they bring to the community.

Local musicians are stoked, too. Eric Leadbetter, a staple in music around Bend, received three different nominations, one for Best Solo Artist following his debut album release for "Middle Ground," and the other two (Best Live Band and Best Rock Band) for his work with the Leadbetter Band.

Related Source Material: Best of the Year: The top 10 releases from Central Oregon artists and bands in 2020

Source Material: Best of the Year
The top 10 releases from Central Oregon artists and bands in 2020
By Isaac Biehl
Sound Stories & Interviews

"I am honored to be considered for a Moony Award! The amount of musical talent in Central Oregon is unlike anything else I've experienced, and I'm so grateful to be part of this team," says Leadbetter. "I'm workin' hard to bring quality entertainment to this community I love, so I appreciate the love coming back!"

My personal favorite category to look out for is Best New Artist. The nominees there include Wyelow, Izzy Lavinsky, Olivia Knox, Profit Drama, Bella Cooper and Jeshua Marshall, who embarked down the solo-artist path recently. Each artist brings something different to the table and their sounds are all distinct from one another. If you haven't seen them play live yet, be sure to check out their music online so you can make a proper vote. The music in Central Oregon just keeps on improving as more artists like these begin to release music.

Knox, who saw a growth in exposure through Tik Tok during the pandemic, is thrilled and excited to be named amongst the rest of these musicians.

"I am so surprised by this cool nomination! I have been so blessed to work with some amazing talent in Bend and I'm just honored to be a nominee," she said.

Don't forget to go online and cast your votes for The Moony Awards. Winners will be announced on June 26 at Silver Moon Brewing.