The MORE Act is a Great Idea | The Leaflet | Bend | The Source Weekly - Bend, Oregon

The MORE Act is a Great Idea

…but it’s not going to pass, again

Being a cannabis writer, my inbox was immediately inundated with emails from politicians and advocates sharing how "important" this development was, and all the "great things which were possible" with its passage.

Both things are true. Congress did indeed pass the 2022 Marijuana Opportunity Reinvestment and Expungement Act by a vote of 220-204, albeit with a scant three Republicans voting with Democrats. 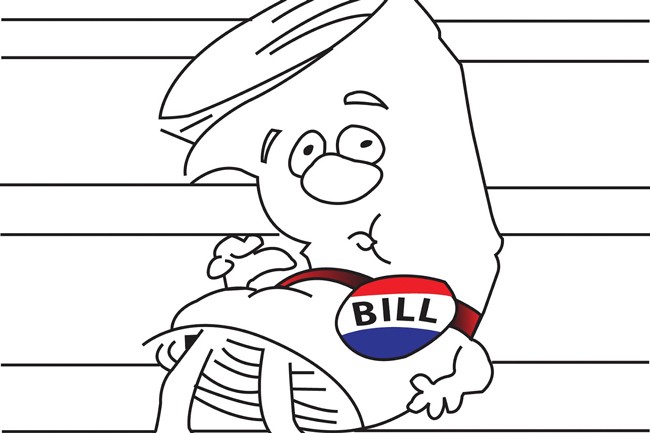 And the MORE Act would do some very remarkable things, including but not limited to:

• Retroactively remove cannabis arrests, charges and convictions from an individual's record at no cost to them.

• Establishing the Office of Cannabis Justice, which would work to implement the fantastic social equity aspects of the Act.

• Establish a 5% tax, increasing to 8% after three years, on the sale of cannabis. That money would go to the Opportunity Trust Fund.

• Protect immigrants from deportation due to cannabis use.

• Provide the cannabis industry access to banking, reform the loathsome 280e tax code, and generally bring cannabis on par with other regulated and taxed commodities.

Here's the buzzkill, though: This is not going to happen, even though it's a stellar idea, and would benefit literally tens of millions of people.

This is the second time the Act has passed the House, which last did so in December 2020, but was not acted upon by the Senate, leaving the bill to die. The Senate remains a legislative body with more conservative white men than the House, and a quick read of that room shows said men aren't down. Now 2022 is a midterm election year, and politicians aren't going to risk their seats. Sentient right-wing sock puppet Republican Sen. Lindsey Graham of South Carolina told reporters last week that as far as supporting the Act, "In terms of legalizing marijuana, no, because it brings a lot of problems with it."

The support for the Act is also being diluted by another upcoming bill, The Cannabis Administration and Opportunity Act, sponsored by three Democratic Senators: Cory Booker (D-N.J), Chuck Schumer (D-N.Y) and Oregon's own Ron Wyden (D-OR). While no doubt well meaning, the CAOA sort of...sucks.

Like the MORE Act, it advocates for restorative justice and addresses the horrendously negative impact the War on Drugs has, and continues to have, upon Black and BIPOC communities. That includes cannabis arrest expungements, and establishing programs to "make loans to assist small businesses in the cannabis industry owned by socially and economically disadvantaged individuals."

As with alcohol, it also moves to, "recognize state law as controlling the possession, production, or distribution of cannabis."

But the biggest issue for many is the federal tax rate proposed for cannabis sales.

In Oregon, the state presently collects 17% tax on Adult Use (aka non-medical) cannabis sales, and cities with cannabis programs collecting another 3%, for a total of 20%. With cannabis being a Schedule 1 drug, no federal taxes are imposed.

Under CAOA, the proposed Federal Cannabis Tax rates have a five-year schedule that won't do the regulated industry any favors.

As with the excise taxes imposed upon producers of alcohol and tobacco, consumers can expect to see these taxes passed along, potentially resulting in 32% or more on cannabis. (An often glossed over tax- related portion of the MORE Act can result in up to five years in prison for failure to adhere to tax and permit-related rules.)

Cannabis legalization is coming, and with it, federal cannabis taxes. The industry has demonstrated it's too much of an economic powerhouse to remain where it is, but meaningful reform is not happening this year. But do celebrate that in 2022, we have not one but two bills addressing cannabis reform.