The Mystery of Life isn't a Problem to Solve, But a Reality to Experience | The Source Weekly - Bend, Oregon

The Mystery of Life isn't a Problem to Solve, But a Reality to Experience

"Dune" is the spice of life

What is it that you actually want from movies? Do you want to be transported to places, cultures and worlds you've never experienced before? Do you like the simplicity of just being told a story? Are films another form of art to you that you love deconstructing and searching inside for the hidden meanings and themes? Or are they none of the above and just sound in the background while you scroll through your phone?

Whatever you give to a film is what you get back. However much we engage with art correlates to whether we're moved by it or, at the very least, transported out of our normal lives into someone else's vision for a few hours. I've dedicated such a large part of my life to thinking about movies because the very best ones allow me to keep expanding my knowledge of humanity and the world, while even the very worst ones might give me an always-much-needed laugh. 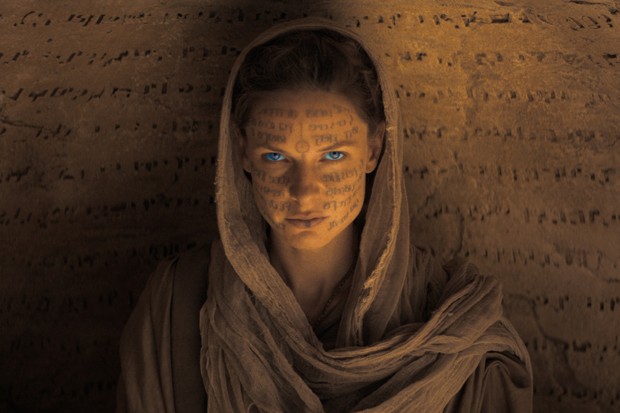 I say all this because Denis Villeneuve's adaptation of "Dune" absolutely transported me to another planet 8,000+ years in the future. I've watched it three times since it was released last week and by shutting off the outside world and fully engaging with the story of Paul Atreides, Lady Jessica and the desert planet of Arrakis, I truly feel drunk on cinema in a way I haven't felt since "Fury Road" was released.

Frank Herbert's immortal novel is the first one I can ever remember reading by myself and it made me a lifelong fan of science fiction and speculative fiction. With unmatched world building, fascinating geo-politics and characters I've felt connected to for most of my life, it's hard for me to remember a period when "Dune" wasn't central to my growth as an artist and a person. Back when I was doing theater, as I was standing off-stage getting ready to enter, I would whisper the "Dune" line, "fear is the mind killer" to myself before walking out. It's that connected to me.

Even with all of its flaws, I still love the brazen weirdness of David Lynch's 1984 adaptation and I respect the attempt of a fully accurate adaptation that the Sci-Fi Channel went for back in 2000 (although the special effects have aged so poorly it's almost impossible to watch again). But what Villeneuve has done is something entirely more astounding. He's stripped a lot of the subplots out and instead built a world that feels like Herbert's vision come to life, but without getting drowned in the details. The endless exposition of Lynch's version is gone, replaced by such cutting-edge special effects, sweeping cinematography and grounded performances that we're forced to feel like citizens of a world we've never experienced.

"Dune" definitely won't be for everyone, as the pacing is leisurely and the action sequences don't take up a huge amount of the runtime. Also, "Dune" is just the first 60% or so of the book, so what we have on screen is only Part 1 of the story. The film finds a very natural stopping place and doesn't end on a cliffhanger, but it is very much only the first half of a movie. Purists of the book also might not appreciate all of the cutting that happens, but the film feels like it came from someone who truly loves Frank Herbert's creation and wanted to make a movie that Herbert would have loved himself. Villeneuve even subverts the white-savior narrative from the book into something that feels more modern, while still being honest to Herbert's vision.

Let "Dune" wash over you. If you can safely see the film in IMAX, the sound and the giant screen will absolutely transport you into a new world. When I think of the word "cinematic," I always imagine something on the scale of "Dune"—something so large and epic that we have no choice but to become a part of the story ourselves. And what a story it is.