The New World of Bike Racing

10 Barrel's Riding Solo series ends this week, and it's been quite a ride

It's 3 pm on a Saturday in June and Molly Cogswell-Kelly was on her second attempt of the mountain bike race called the 10 Barrel Riding Solo Series. She had a week to put in her best time. The race course included Ben's, Voodoo, Phil's Trail, KGB and Marvin's Garden—all part of the Phil's Trail complex in Bend. The 49-year-old busy mom and member of Boneyard Cycling rode the 11-mile route. Her times were automatically uploaded from her Strava application on her phone to the online leaderboard.

She scanned the list to find her friend Carolyn Daubeny's time on the leaderboard. Daubeny, who is a few years older than Cogswell-Kelly, races for Deschutes Brewery Cycling Team.  The two have a friendly rivalry. 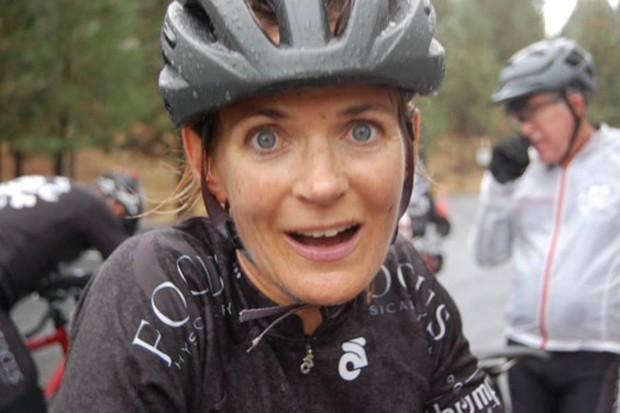 "We both have our strengths. She's a stronger technical rider," Cogswell-Kelly said.

She spotted Daubeny's name on the list, but also found a much faster time from a rider she didn't know: Jenna Raymond.

The next day, Cogswell-Kelly returned to the race course. "I was such a nerd," she said. Cogswell-Kelly greatly improved her time on her Sunday attempt, but not enough to beat Daubeny and nowhere near Raymond's time.

"Carolyn and I were talking 'smack' about Jenna," Cogswell-Kelly said with a laugh, "and then we met her at another event. She's 17 years old and just the nicest person."

Around the same time, officemates of the BendTECH coworking space challenged Brian Brunsing to see who'd be fastest in 10 Barrel Riding Solo. Brunsing is a 32-year-old avid mountain biker, but not a serious racer. The winner of the office pool would get $100, but more importantly, office bragging rights. Brunsing couldn't resist the temptation to race, especially because Tommy Chipman was participating, who is both Brunsing's officemate and friend and rival from his college days.

“Our races have real people, real courses, and real prizes but all at your own convenience.”  —Jason Wiener tweet this

Their race was a loop that started at Green Gate off Century Drive, went up Funner to Wanoga Sno Park and down Tiddlywinks, a route that would take about 67 minutes for Brunsing to complete, while the elite athletes could ride it more than 10 minutes faster.

Brunsing and Chipman traded places on the leaderboard during the week the race was open with friends across the country from their college days, placing side bets on who was going to come out as the overall winner.

"It was hilarious how into the race everyone got," commented Brunsing.

Brunsing mainly completed his attempts solo, but would sometimes bump into other participants on the route. On his third attempt, he started the race with an elite racer and just tried to hang on as long as he could. This allowed Brunsing to post a time that nobody else in the office pool could match, including his friend Chipman.

"It was great to have a race to decide who was actually the fastest, once and for all," Brunsing said. 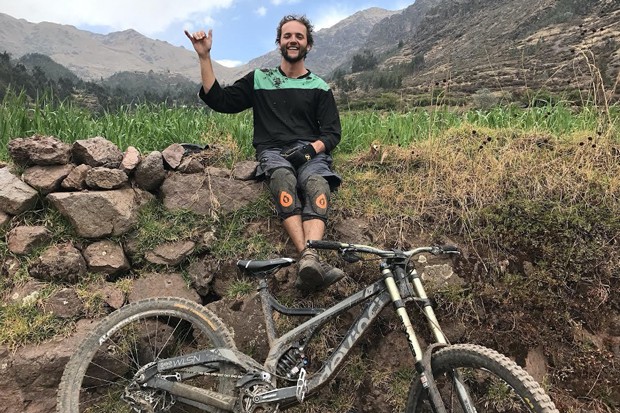 At the awards banquet, Brunsing met some of the people he had been racing.

These two participants represent a new form of bike racing in Bend—one that allows riders to compete outside on a real race course, against real racers, but on their own schedules. According to Jason Wiener, chief awesome officer of RaceManager, these events have been a huge success. Officially, they're termed "hybrid physical/virtual races."

"Our races have real people, real courses, and real prizes but all at your own convenience," Wiener said.

Riding Solo has seen strong participation in hybrid races that started in June 2020 with over 1,200 entries to date in just the local Bend area. This Fall, RaceManager expanded to include events in running, gravel cycling, trail running, road time trial and hiking.

Wiener continued, "We're super excited for the Fall Solo Series. We have over $135,000 in perks and raffle prizes for participants. Not just the winners. All you have to do is ride the course and save your effort, and you instantly unlock perks like $5 pub coupons at 10 Barrel, 12 oz coffees from Thump, Stan's NoTubes tubeless tire services from Sagebrush, CBD gel tubes from Mission Farms CBD, and a slew of discounts from incredible sponsors including Mudslinger Events, Bend Marathon and more."

While the current series ends Nov. 5, riders can learn more about RaceManager at racemanager.app/ or at soloseries.me.